No joke: KCFD rescues stranded cat on a roof 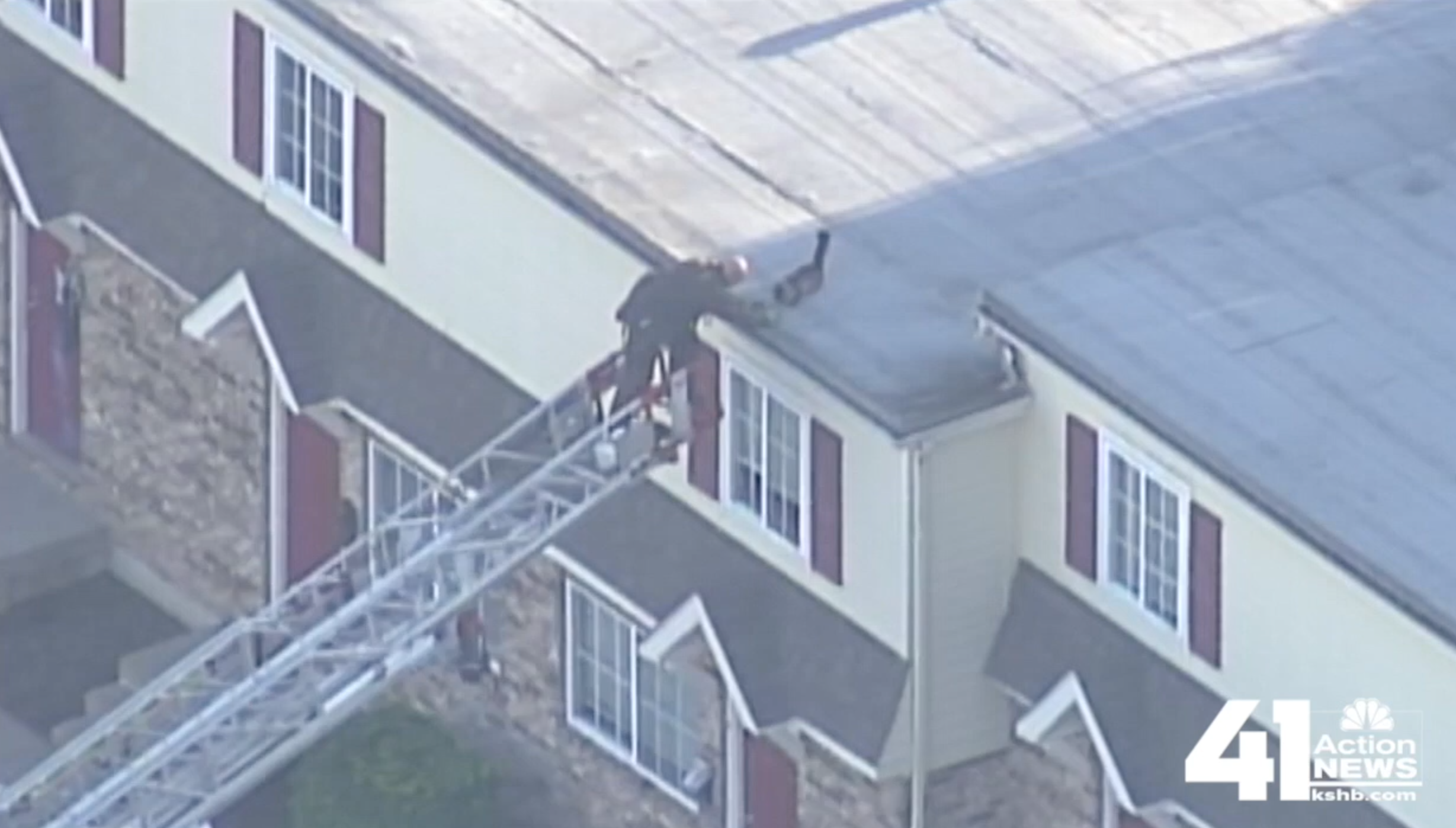 A Kansas City, Missouri, Fire Department ladder company rescued a cat from the rooftop of a townhome Monday afternoon near East 23rd Street and Topping Avenue in KCMO. 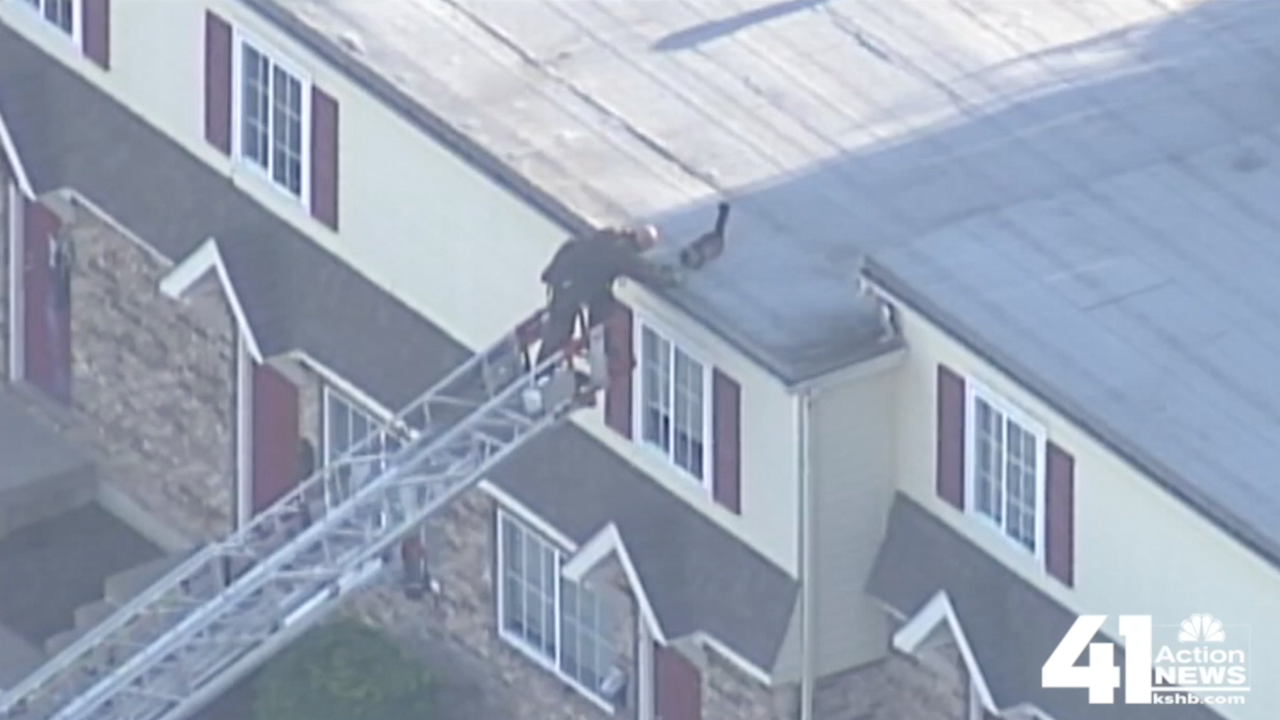 KANSAS CITY, Mo. — Sometimes a cliche is a cliche for a reason.

Students occasionally give a teacher an apple.

Firefighters occasionally rescue cats … with a ladder truck … from a rooftop … near East 23rd Street and Topping Avenue in Kansas City, Missouri.

KCFD responded to townhomes in that area around 5:30 p.m. after residents spotted a cat stranded on a second-story roof.

No joke: KCFD rescues stranded cat on a roof

A KCFD ladder company maneuvered its extendable ladder toward the roof and a firefighter climbed to the top, eventually stepping over onto the roof, to scoop up the frightened feline and return it to safety.