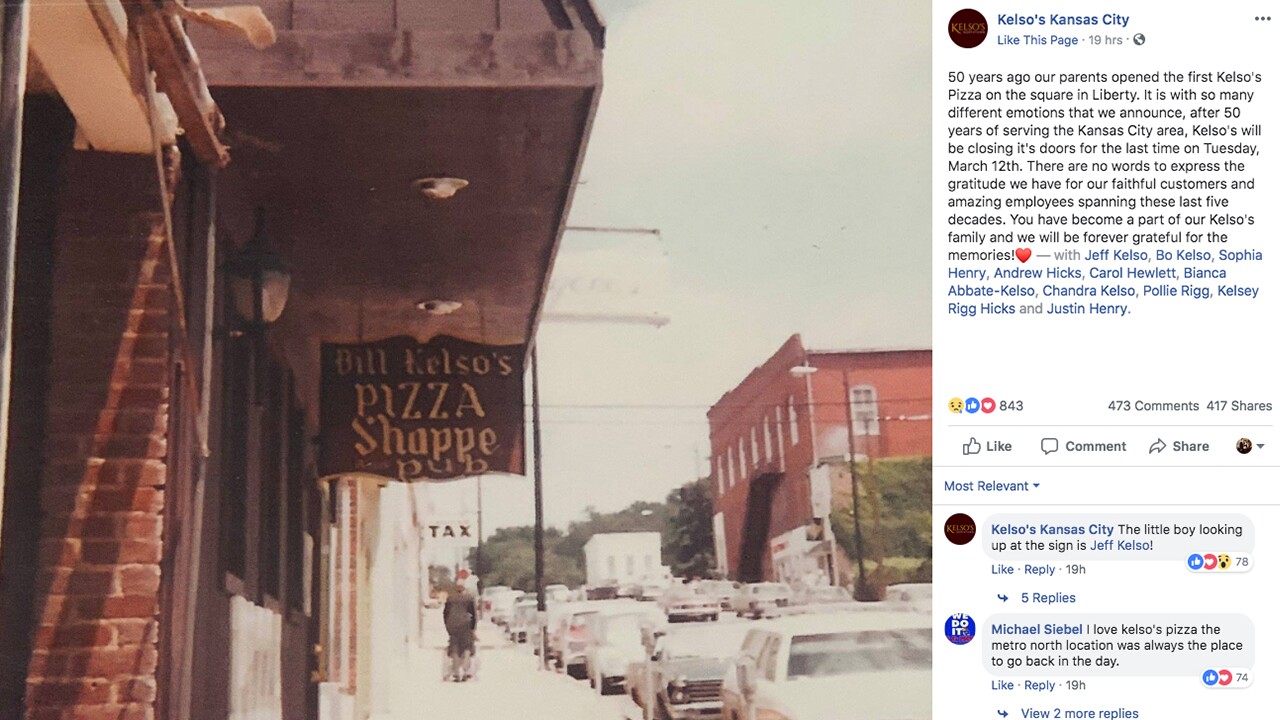 KANSAS CITY, Mo. — A restaurant that has long been a staple in the Northland has announced it will be closing.

Kelso’s Kansas City, a pizza shop, said Thursday it will close its doors for the last time on Tuesday, March 12.

Also in the post, Kelso’s wrote, “There are no words to express the gratitude we have for our faithful customers and amazing employees these last five decades.”

Their post has hundreds of comments from people who shared memories of Kelso’s, which used to also have a location in the Metro North Mall, which closed in 2014 and was demolished in 2017.