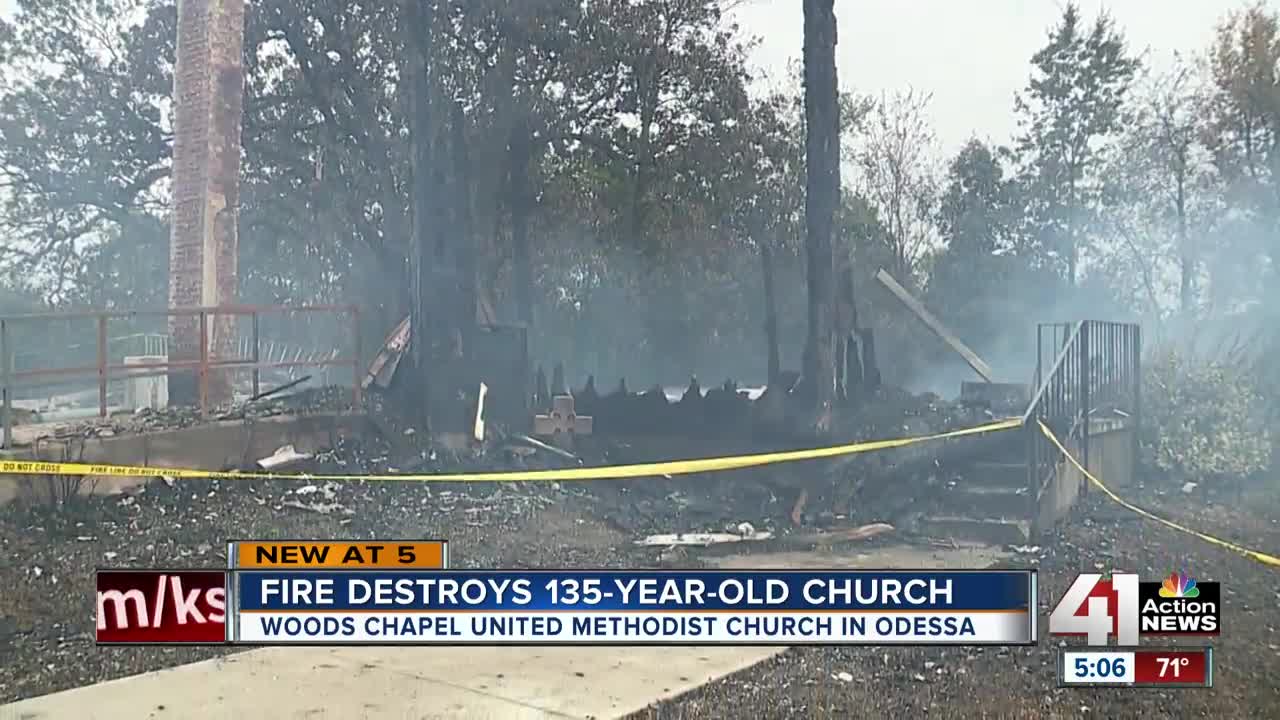 A church in Odessa, Missouri was destroyed by a fire last night. 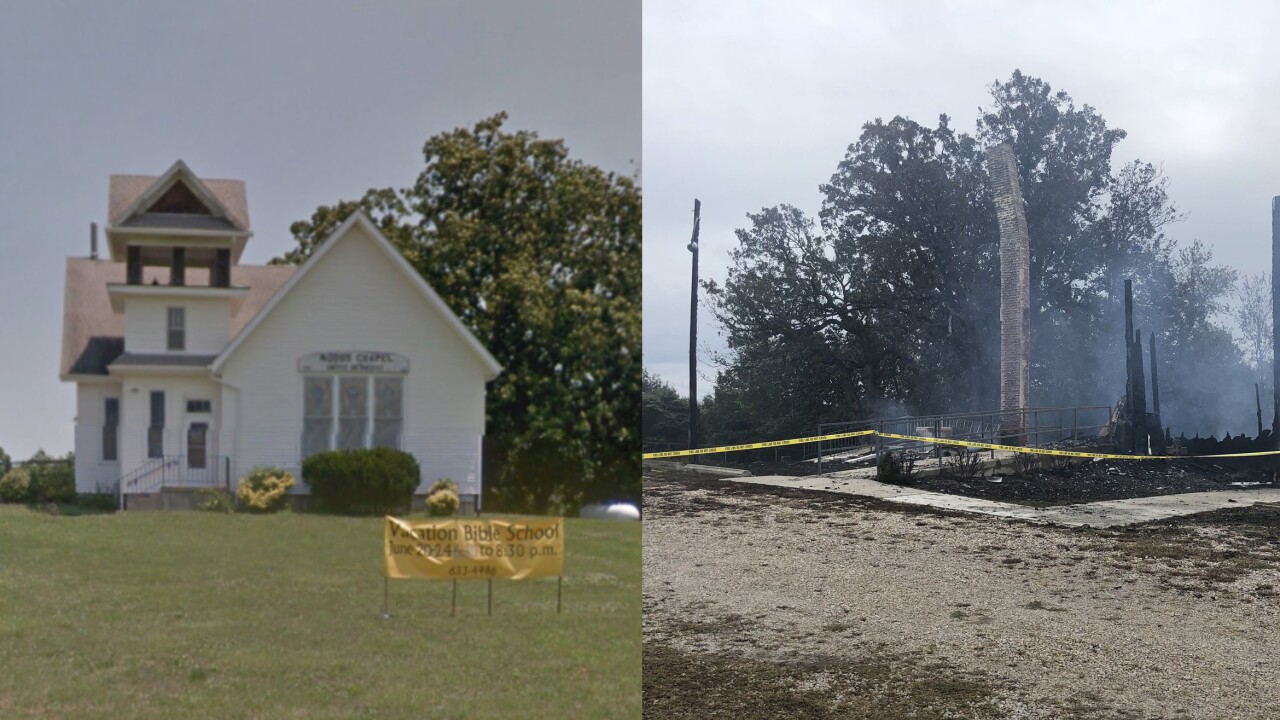 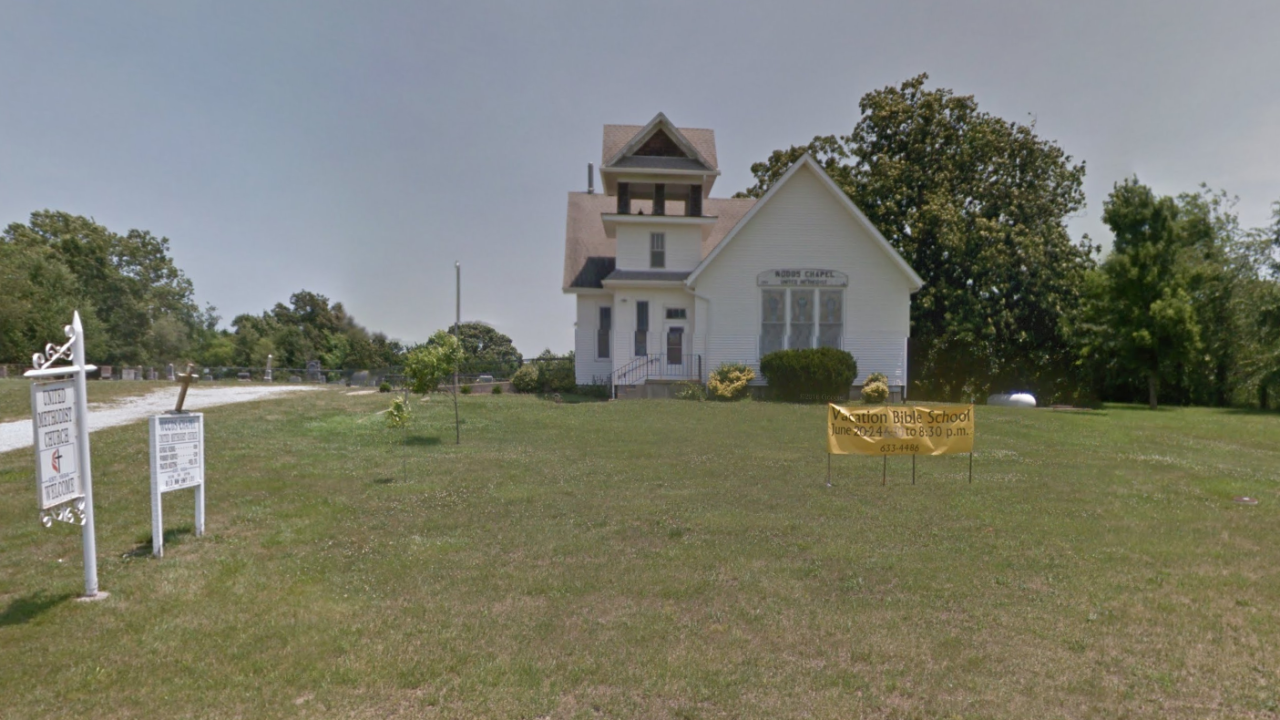 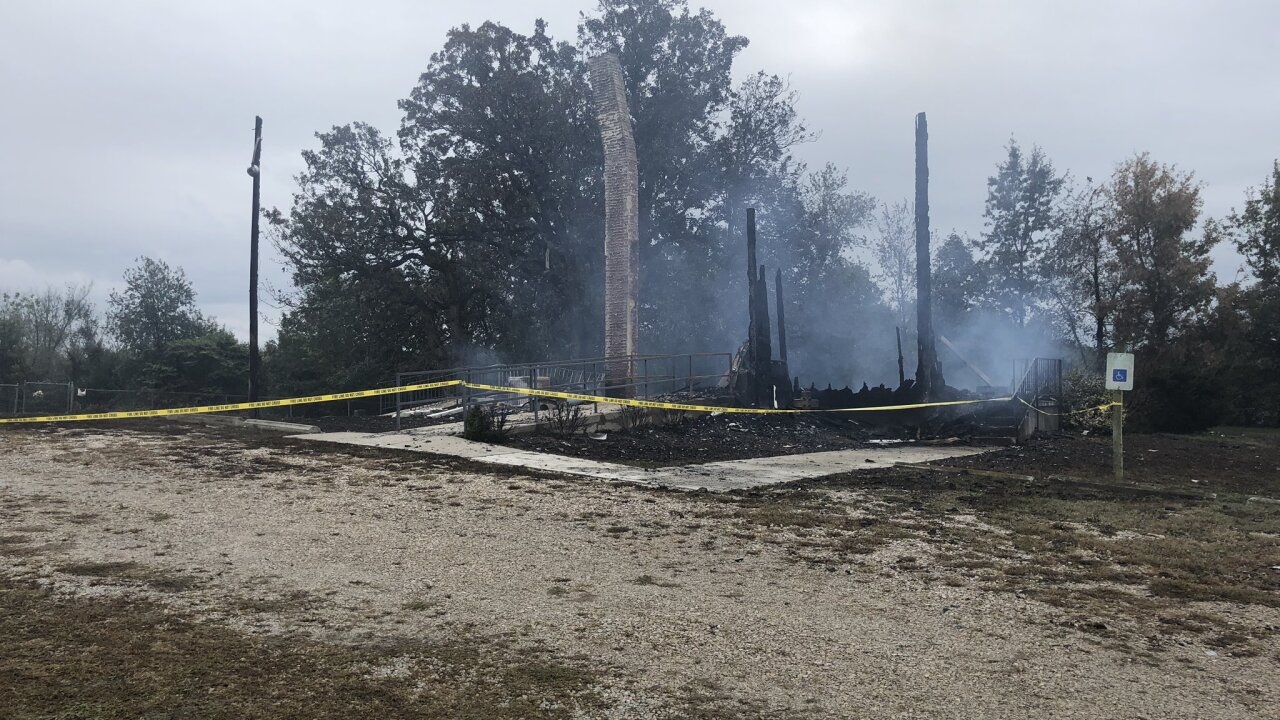 KANSAS CITY, Mo. — A church in Odessa, Missouri was destroyed by a fire early Thursday morning.

Chief David Miller said firefighters were dispatched at 1:30 a.m., and the fire was “100 percent fully involved” by the time the call came in. No firefighters were injured, and nobody was in the church at the time.

When firefighters arrived on scene the walls and roof were falling in, according to Miller. He also said they went into “defensive mode” due to the collapsing and had to cool the propane tank to shut it off.

The chimney also was starting to come down, but has not yet, according to Miller.

Community members are devastated. The Pemberton family has been involved with the church since it opened in 1884. Donald Pemberton said his great-grandfather helped build the church, and his name was one of three displayed on the stain glass windows.

"Pembertons go way back," he said. "Well, I was probably carried in here when I was about that long 81 years ago, and I've never gone anywhere else. So that kind of hurts to look at it,."

Donald and his wife, Peggy, were married at the church in June 1958. Their children and grandchildren carried on the tradition.

"You can't sit down and think about it without thinking about those memories that you're talking about," Donald Pemberton said.

The church that stood tall for more than a century only has a chimney and cross remaining. Church members are working to find a new place to worship on Sundays.

"We've got insurance, but we don't know how much it will pay," Donald Pemberton said, "and I'm sure that it cannot be built back now with the insurance money."

Saddened to hear that Woods Chapel Methodist Church was destroyed by fire last night. It was 135 years old. pic.twitter.com/otLcRTTZkp

The church was established in 1884.