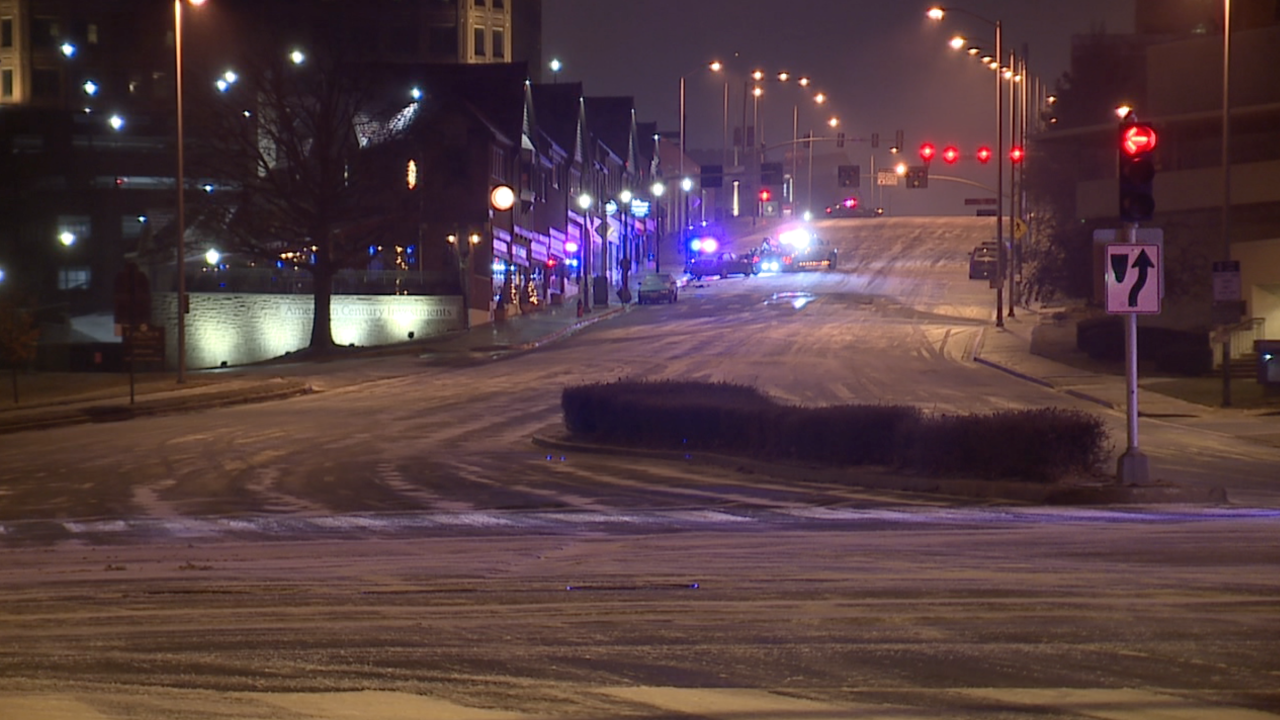 An officer was injured in one of the crashes, KCPD said.

Police said around 2 a.m., officers were called to a four-car pileup near East 45th and Main streets.

One car started sliding, and three others were unable stop or steer away from it. Responding officers parked at the curb with their light bar on.

As the two officers were outside their car investigating, a fifth car that was southbound on Main Street slid and rear-ended that patrol vehicle. That driver complained of a sore hand, but there were no other injuries in the crash.

Officers didn't issue any citations in the incident, according to KCPD.

The next crash happened about a hour and a half later, on Interstate 435, just west of the Holmes Road exit.

KCPD said one patrol car was maneuvering to block traffic for another patrol car when a Ford Focus passed it on the right.

The Focus crashed into the back of the second police vehicle that was already pulled over.

An officer was sitting in the passenger seat of that patrol car. She was taken to a hospital with neck and back pain.

The driver of the Ford Focus was cited for passing an emergency vehicle on the right, and for driving at a speed not reasonable for road conditions.