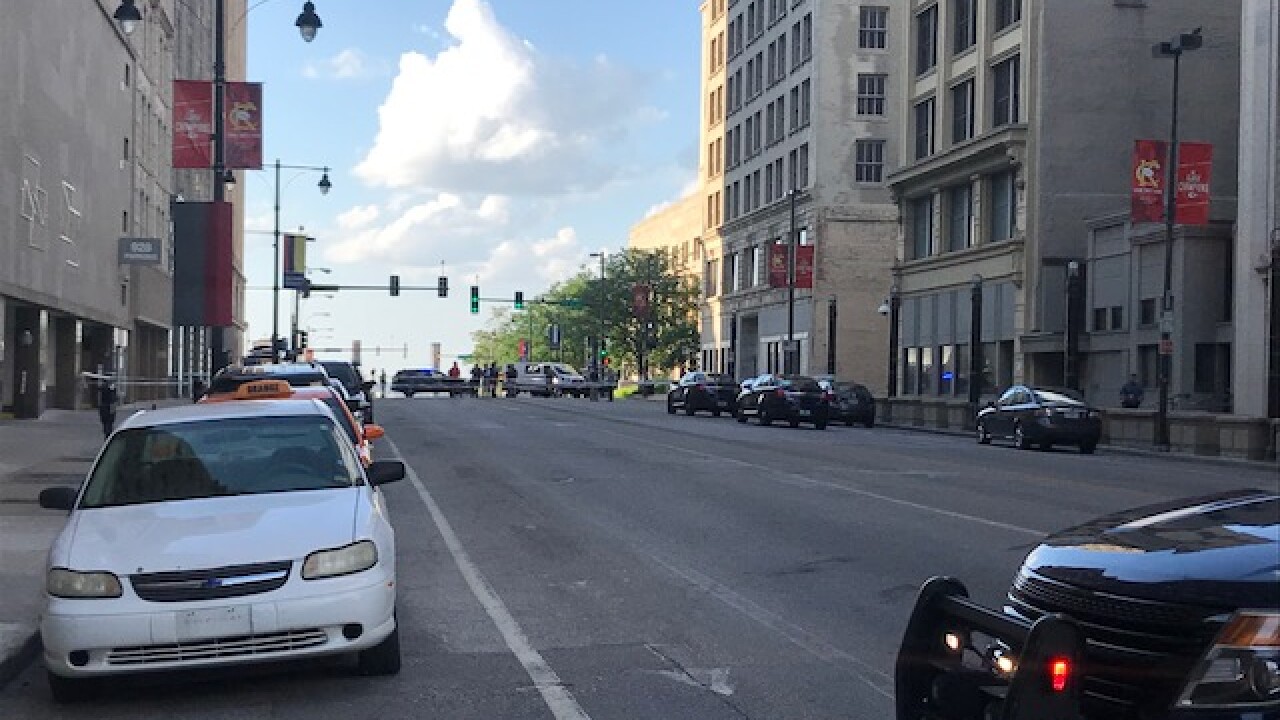 The officer respond to the area of Ninth Street and Grand Boulevard for a "medical nature unknown call," according to KCPD.

A man was going through a mental health crisis, according to police, became agitated and stabbed at the officer. The officer was hit in the upper chest, just where the protective vest cut off.

The officer then held the man, who was arrested on assault charges, at gunpoint until backup arrived.

The stabbing happened a half-hour before a planned Unity March organized by KCPD in coordination with local clergy as protests against police brutality continued for a sixth straight day in response to George Floyd's death last week at the hands of Minneapolis police officers.

The march is taking place more than three miles south of the stabbing scene and was set to begin at 6:30 p.m. at South Moreland Park near the Country Club Plaza.