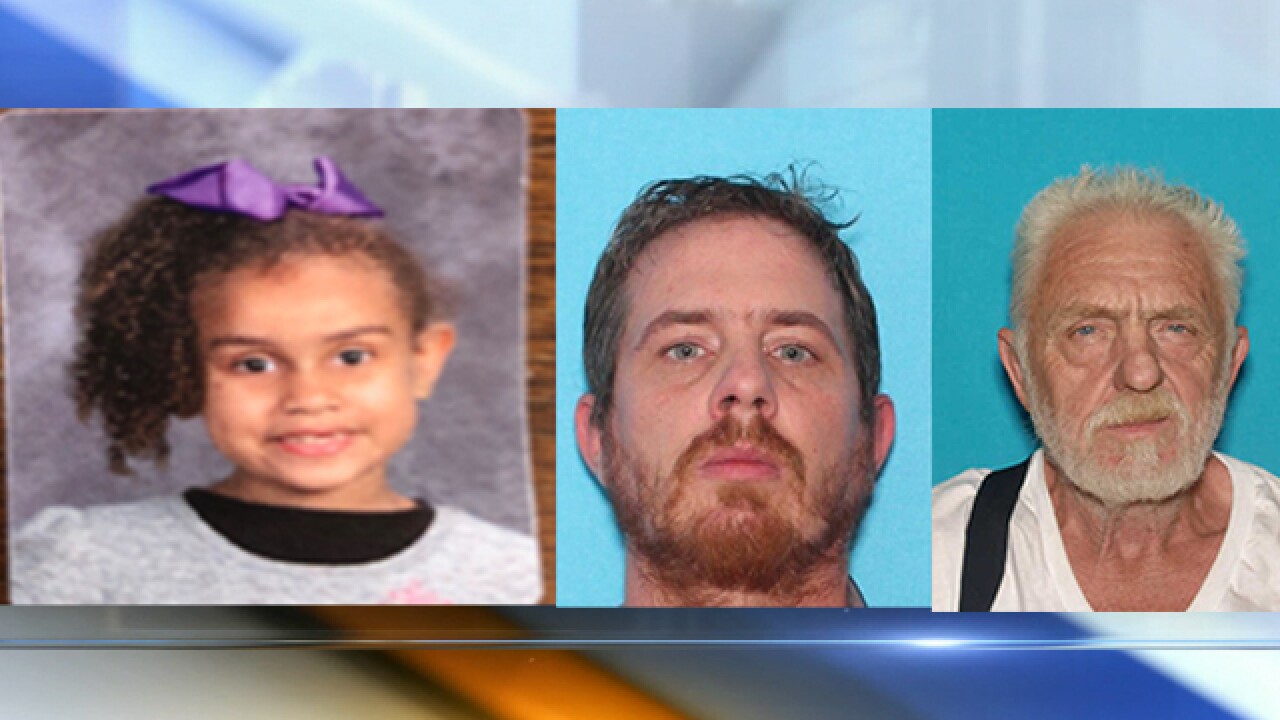 KANSAS CITY, Mo. — UPDATE 10 PM 1/4/2019: The missing Minnesota girl, who officials thought could have been in the Excelsior Springs area, has been found safe in Iowa.

Police are asking for the public's help locating a missing six-year-old girl from Minnesota who may have been taken to the Excelsior Springs, Missouri area.

Police say Miriam Vida Krotzer was taken by her father and grandfather, violating a court order, from her home in Faribult, Minnesota on Jan. 2.

It's believed the suspects, Daniel Krotzer and Ricky Krotzer, were in the Shach Creek Road area in Excelsior Springs on Jan. 4.

Their vehicle, a silver 2017 Ford Explorer with Minnesota license plate 073WKT, was spotted in the area.

The victim, Miriam Vida Krotzer, is black, 4'01" tall and weighs 55 pounds. She has brown hair and brown eyes.

Anyone with information on their whereabouts is asked to call 911 immediately, the nearest law enforcement agency or the Faribault, Minnesota Police Department at 507-332-6001.