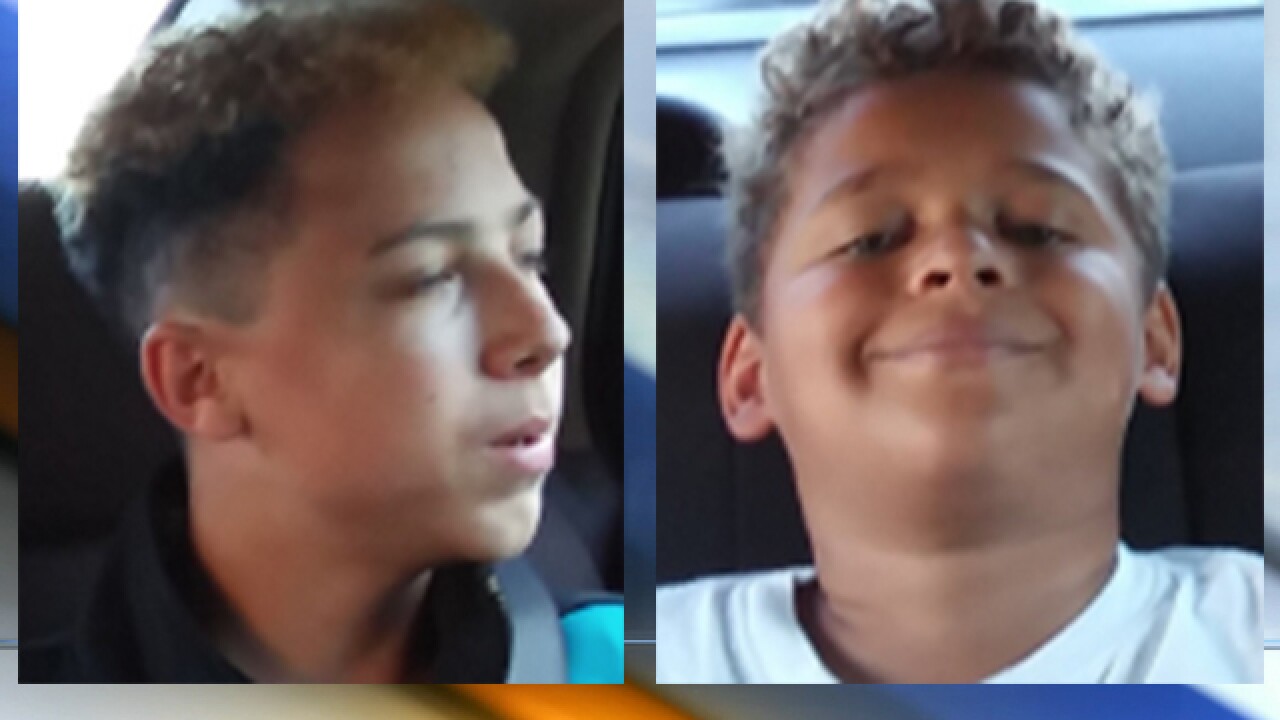 ORIGINAL | KANSAS CITY, Mo. – Olathe, Kansas Police say two boys, ages 16 and 9, are missing after they did not return home from school Monday.

Jordan Gerster, 16, and Jayden Bruce, 9, were expected to return home from school Monday in the 1000 block of N. Hedge Lane.

Jordan is described as 5’5”, 110 pounds, with brown hair, brown eyes and wearing a black Adidas jacket with a blue stripe and black shirt with red letters.

Anyone with information about the pair is asked to call the Olathe Police Department at (913) 971-7500.