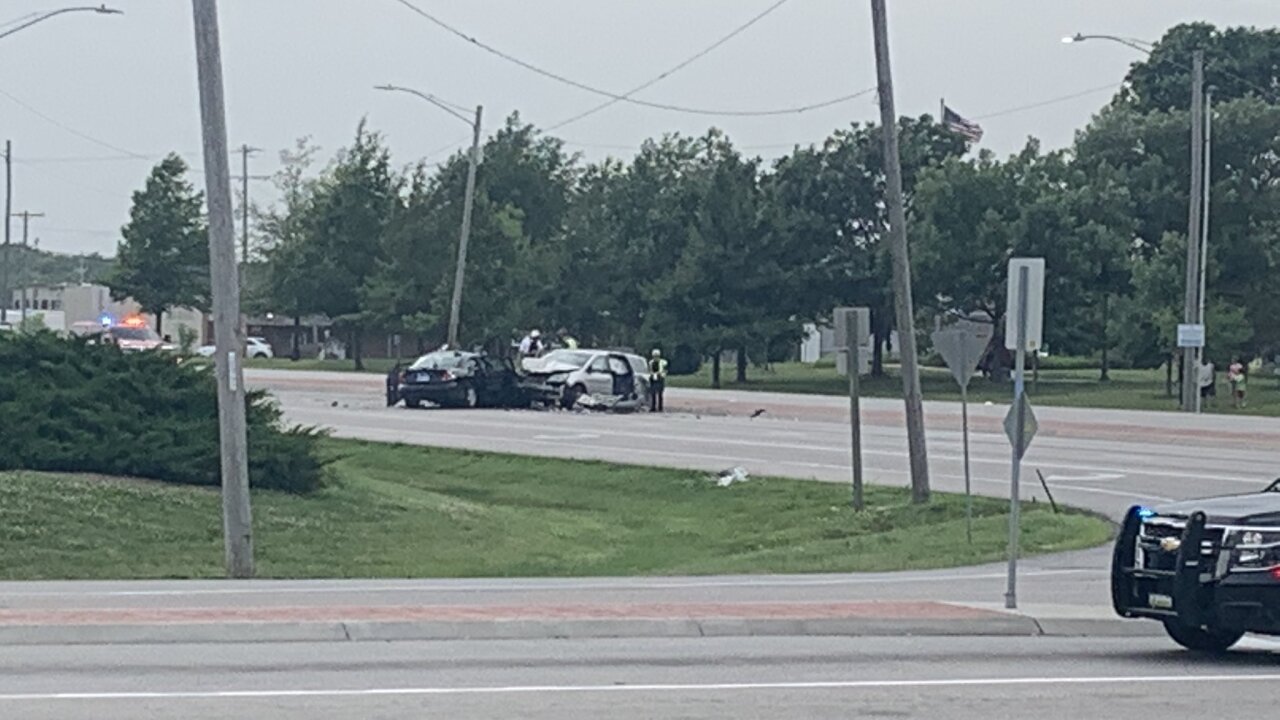 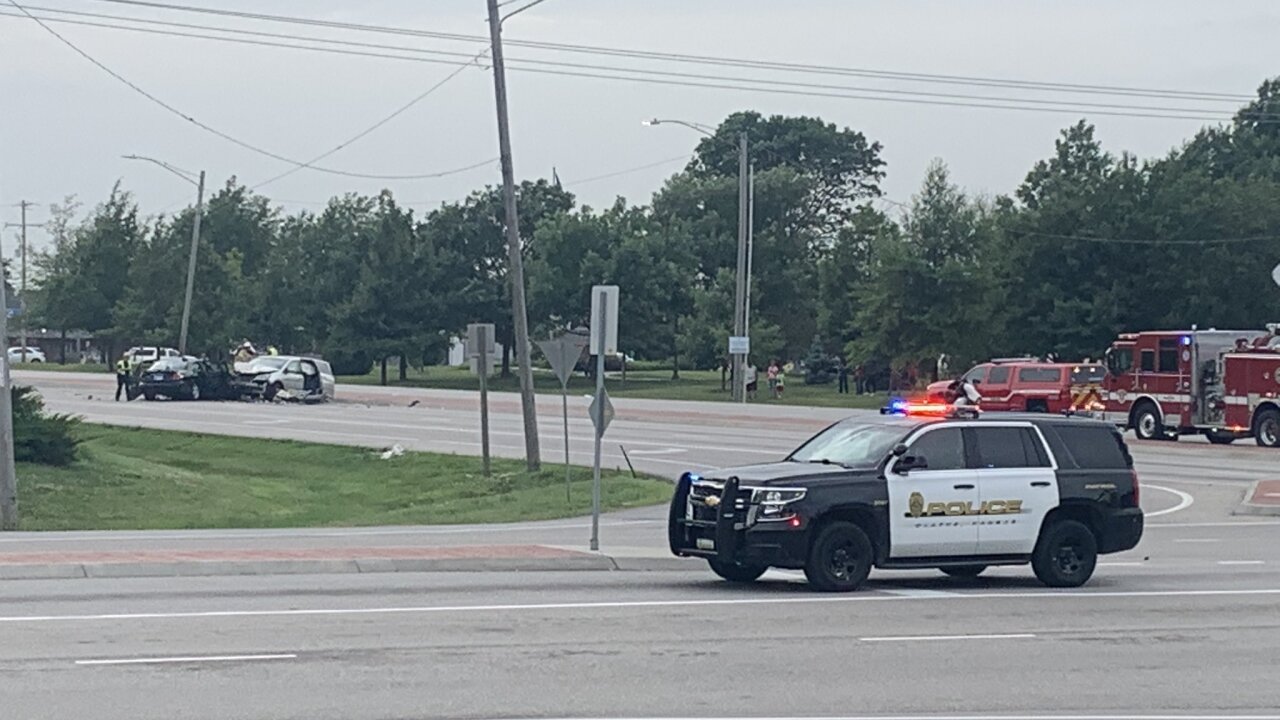 According to police, two people remain in critical condition, but "most victims are now in stable condition." The cause of the crash remains under investigation.

Anyone with information or who may have witnesses the crash is asked to call the Olathe Police Department at 913-971-6950 or the Greater Kansas City Crime Stoppers Tips Hotline at 816-474-TIPS (8477).

The Olathe police, fire and municipal court complex sits at the southeast corner of the intersection where the crash occurred.

Five patients were "type red status," or critical, according to a fire department spokesperson.

The crash occurred between three vehicles at Old 56 Highway and Harrison Street. The crash prompted the closure of a few lanes of traffic, according to police.

A fire department spokesperson said that nine of 10 people had to be extricated from vehicles.

Three vehicles were involved in the crash, but a sedan and a minivan sustained the most significant damage, according to the fire department spokesperson.

The mass casualty alert was in relation to the number of people involved in the crash, not fatalities.