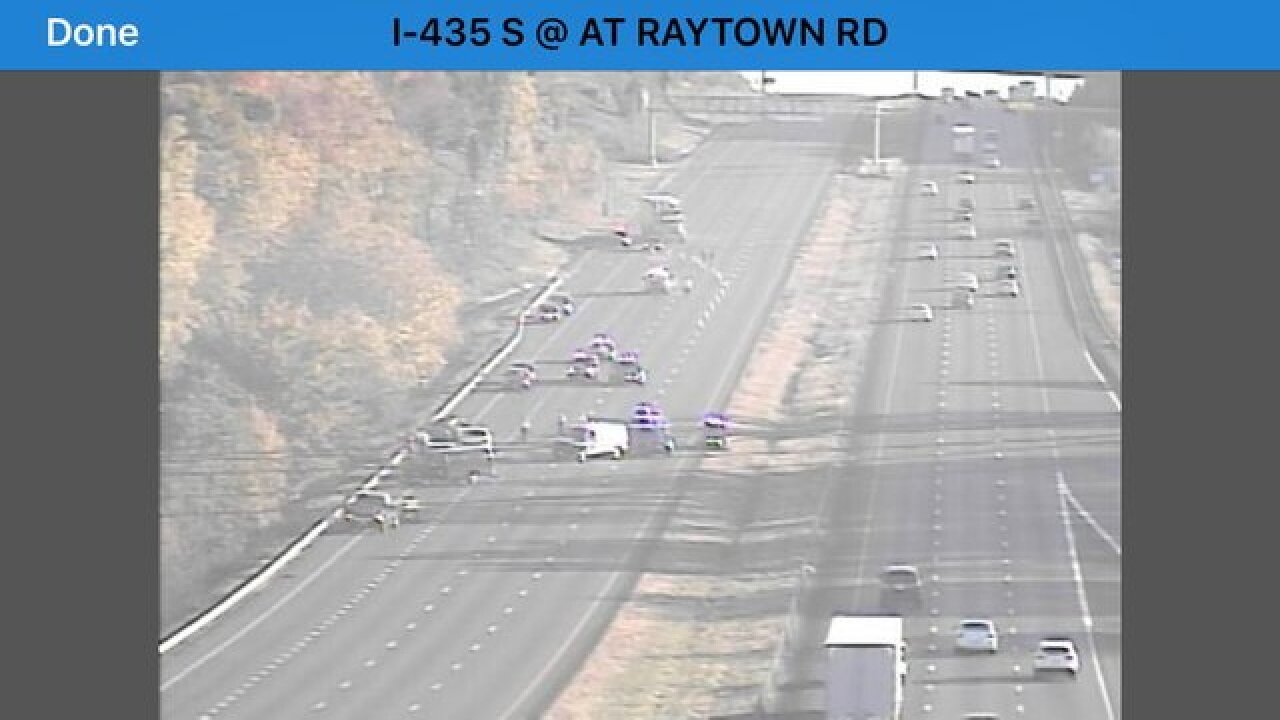 The school is making counselors available to students.

Police are expected to release another update Monday.

According to KCPD statement, the off-duty officer was traveling north on I-435 near the Stadium/Raytown Road exit in a police department van.

There was reportedly stopped or slow moving traffic waiting to enter Arrowhead Stadium ahead of a Kansas City Chiefs game. The police department van, a Ford E-350, struck a Mitsubishi Lancer, which then hit a Ford Edge. The Edge was then pushed into a Chevrolet Suburban.

The driver of the Lancer was pronounced dead at the scene. The front and rear passenger were taken to a nearby hospital with life-threatening injuries.

The officer sustained non life-threatening injures in the collision and was transported to a hospital.

The driver of the Ford Edge, who was driving passengers for Uber at the time, complained of some neck pain and a headache but refused transport. The two passengers were not injured.

No one in the Suburban was injured.