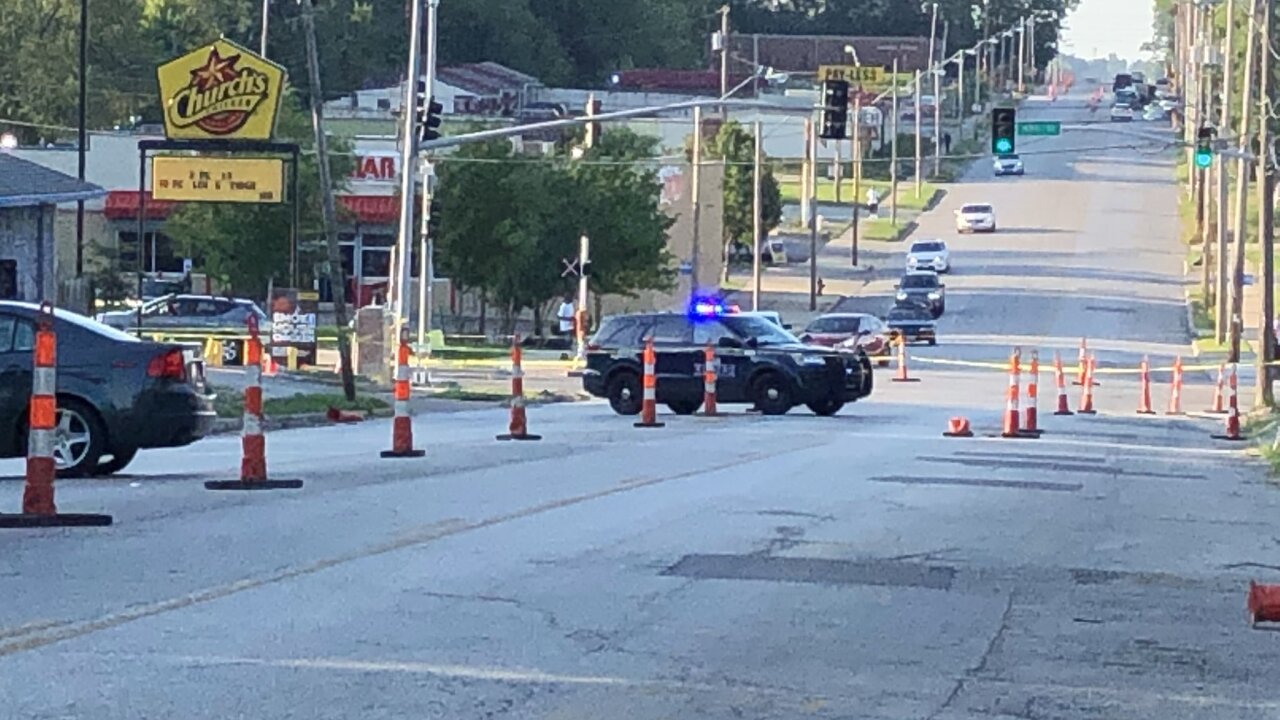 Mark Kachelmeier
An area near 55th Street and Prospect Avenue was taped off as part of a shooting investigation. The shooting injured one person and killed another.

KANSAS CITY, Mo. — Several locations along 55th Street were taped off Saturday evening after a shooting that killed one and injured another.

Officers were called to 55th Street and South Benton for a report of shots heard around 6 p.m.

A second call went out for a car accident at 55th Street and Agnes Avenue.

When Kansas City, Missouri, Police got to the accident scene, a man was found dead in the driver's seat of the vehicle from gunshot wounds.

Since the driver had been shot, the vehicle came to a stop when it ran into a small shuttle bus.

The driver was identified as 26-year-old John A. Noel Jr. of Kansas City.

Witnesses told KCPD officers that a woman had gotten out of the vehicle around the area where the casings were found when it was being shot at.

She arrived at the hospital shortly after with life-threatening injuries and remains in critical condition.

Police said they do not have a suspect at this time.