One Light, Two Light run by all women executives 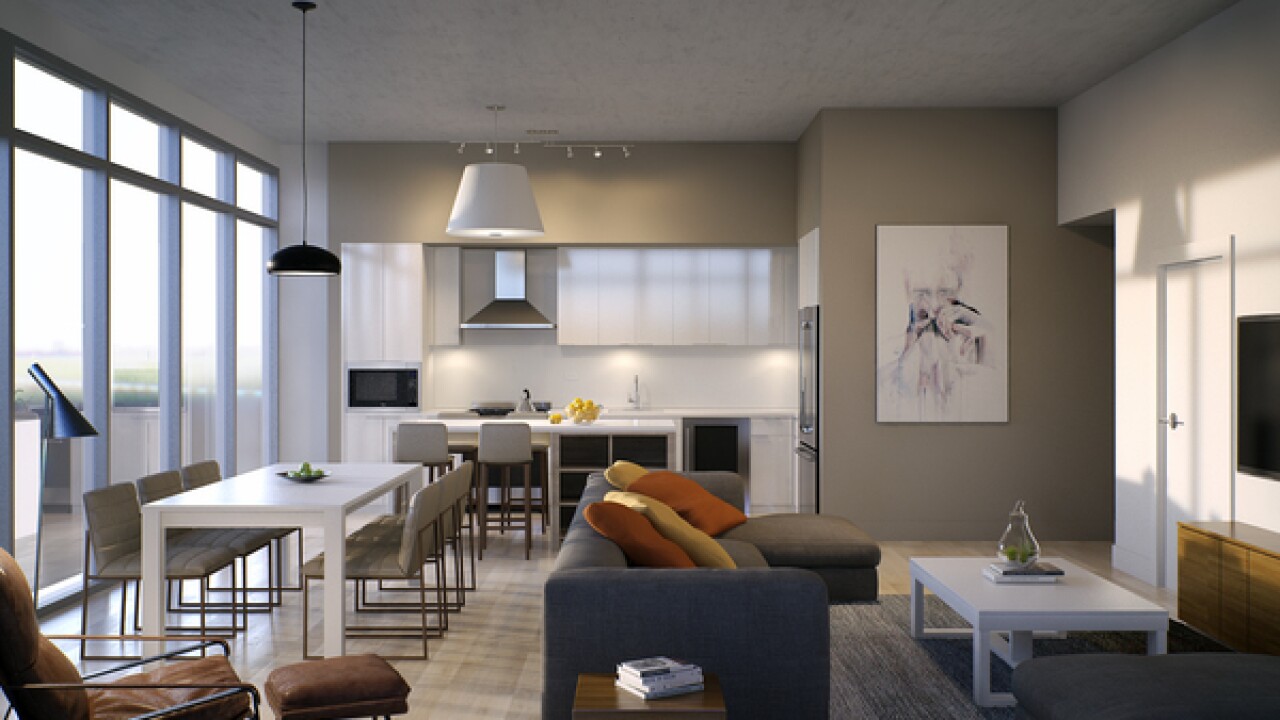 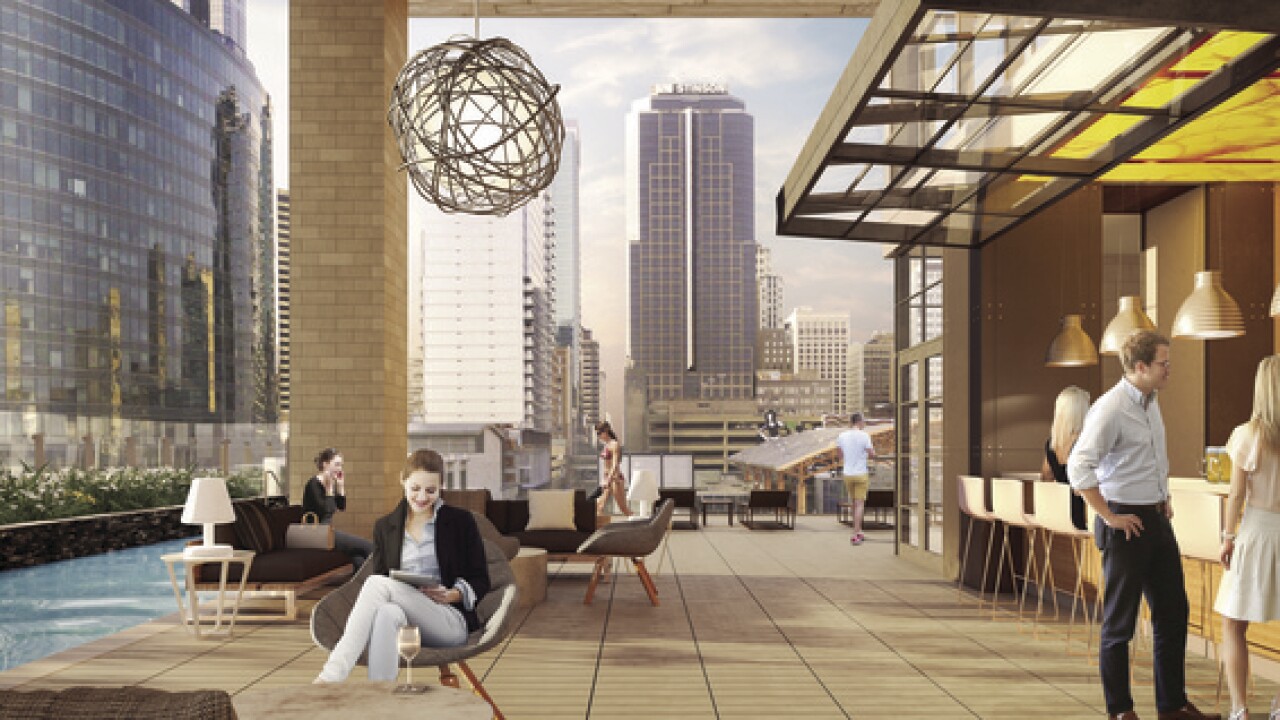 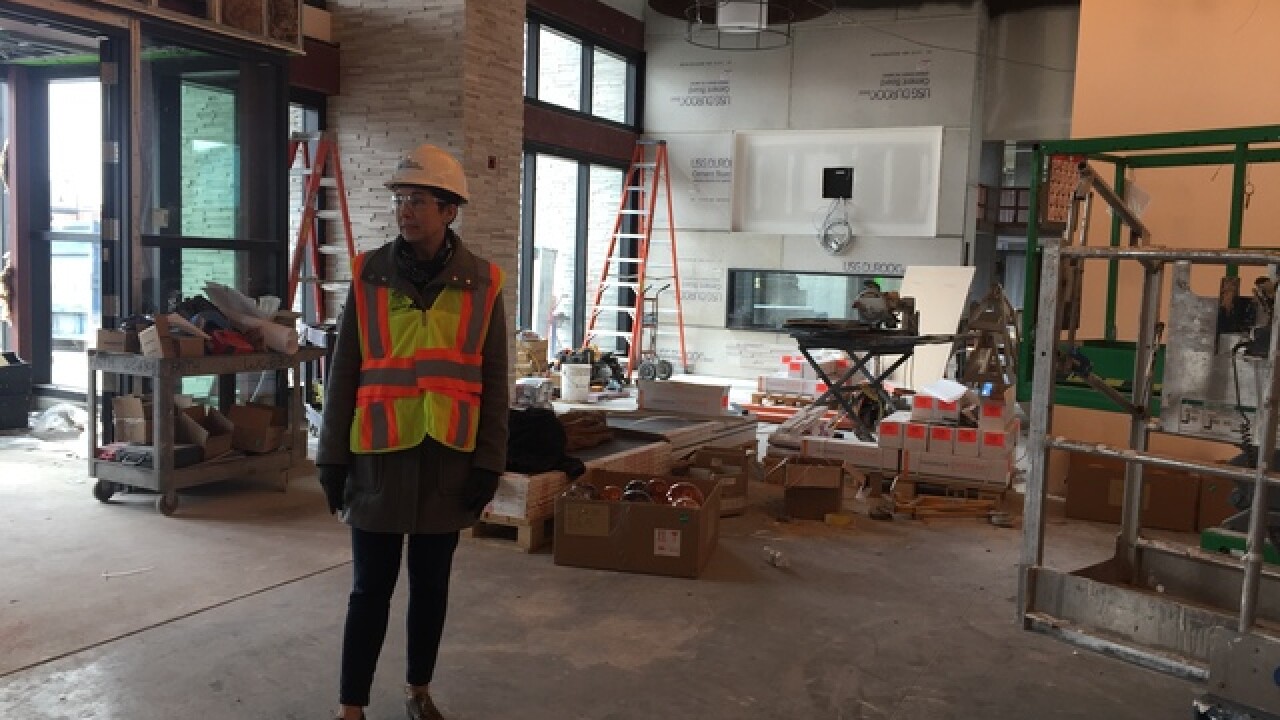 KANSAS CITY, Mo. — Working as a mom poses its own challenges, but that has not stopped one group of women from reaching the executive level at one of downtown’s premier apartment communities.

One Light by The Cordish Companies has been lauded and honored for being the first new high rise of its kind in downtown Kansas City. What you may not realize, it’s all women running executive operations.

The women behind the new glowing “Two Light” sign said that poses them uniquely to understand residential life.

The one running the work zone is construction executive Barb Allen. She walks the halls of Two Light directing all the foremen.

“I love being on a construction site,” said Allen, who is from Lee’s Summit.

Allen has managed about 700 workers who’ve entered the hard hat zone. In February, on any given day 100 to 150 workers step foot on the site.

"This is what I consider the jewel of Two Light,” said Allen, while pointing at a unique lighting fixture featuring different colored orbs. "This is the main chandelier in the entrance lobby."

Sauls said she weighs in on what amenities people living there need. For instance, Two Light will feature a Spark! KC work space and an infinity pool on 14th Street.

Sauls was also particularly proud of the KC mural wrapping around the outside of the building featuring KC sports like University of Kansas basketball and KC Monarchs baseball.

Jen DeMeyer oversees communications and marketing for Cordish living at their properties in Kansas City and a new plan launching in St. Louis.

That’s called One Cardinal Way and it just broke ground in December. It’s a partnership with the Cardinals. It’s expected to open in Spring 2020 with 297 units.

Here in KC, DeMeyer is responsible for planning events like the Fall Festival, live music, food, wine tasting and even a petting zoo.

DeMeyer said she considers what her family would enjoy when planning activities.

"Taking a moment to put yourself in their shoes, really understand their needs,” said DeMeyer.

"I feel like something that is a big deal for somebody, where a male might not think it's a big deal, I understand this is where people live,” said Aurich.

Residential management executive Marnie Sauls was the first on the job, starting back in 2014.  She got to pick her team and said the hard work, blood, sweat and tears paid off when One Light opened on Thanksgiving Day 2015.

“We were 100 percent occupied in less than five months. I've never heard of anyone doing that,” said Sauls.

She partly attributes that success to female intuition and knowing what residents want.

“We understand people want to belong to a community. Right? They want to be accepted,” said Sauls.

Sauls explained she’s been able grow in Cordish because they work as a team instead of thinking singularly.

“When you build new projects you can’t do them in a year or two. There’s years of work before. When I was starting here with One Light, we already knew Two Light was coming on and we were doing the market research,” said Sauls, who visits the work site with Allen regularly.

Allen is a past president of the “National Association of Women in Construction.”  She said nationally less than 9 percent of the construction work force is female. On the director or supervisor side, that number is less than 1 percent.

“Women bring a new perspective to a lot of things, as you walk the space you see things that men don't necessarily see,” said Allen.

Three Light is going through the city’s planning and zoning protocols right now.

As the towers go up, Sauls said this group will keep working as a team, respecting life/work balance.

"Being here late hours meant that was time we didn't spend with our children. So we made every second count,” explained Sauls.

A total of four towers are planned and there is potential for a fifth tower.