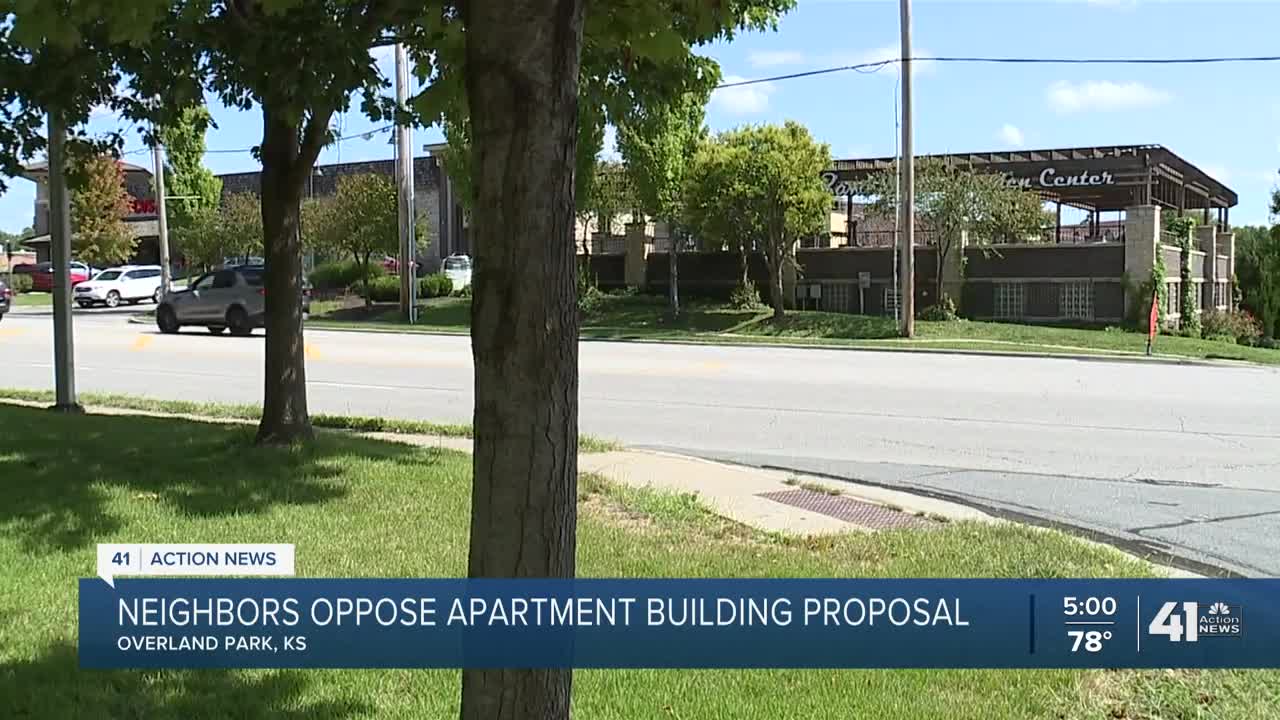 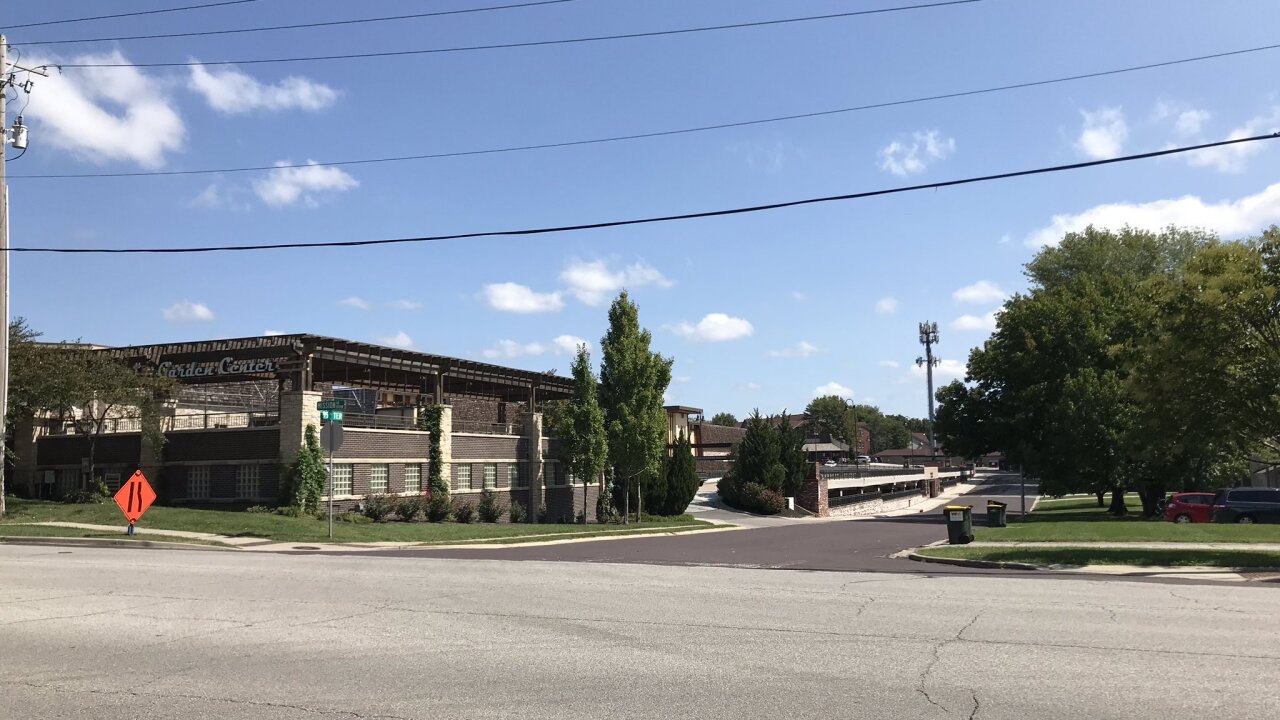 OVERLAND PARK, Kan. — Neighbors in an Overland Park community who believe a proposed six-story, 210-unit apartment complex will loom over their homes voiced their opposition to the project on Monday.

The Overland Park Planning Commission on Monday recommended approval of a mixed-use rezoning request from EPC Real Estate on a 6-5 vote. The zoning request now heads to the City Council on Oct. 5.

EPC Real Estate wants to build the apartment complex and a storage unit facility on top of the parking lot behind the Ranchmart South strip mall.

"We don't think it's an appropriate use for this neighborhood," said Eric Hernandez, who lives south of Ranchmart South. "We think it's out of place for the community. Frankly, we think it's too tall, it's too close to our homes."

The building would be in an E shape with its tallest section standing 77 feet tall. Apartment units would cost roughly $1,500 in monthly rent, and three-quarters will be one bedrooms, some with a den. None of the units will have three bedrooms.

Duplexes behind the strip mall would be demolished to make way for the project. City staff said many of the lower levels of the duplexes are not occupied due to drainage issues, and many of the leases are almost up.

Other neighbors who live on 96th Street echo Hernandez's concerns. About 350 people have signed a petition opposing the project, and many neighbors put signs in their yards. On Monday, 15 neighbors came to the planning commission meeting to voice their opposition.

People are worried that their backyards will butt up against the project, only 40 feet away, though separated by a six-foot privacy fence.

A representative from Polsinelli law firm spoke on behalf of EPC, saying they have presented a creative project that is sensitive to the neighborhood.

They envision mostly senior citizens will rent the units, but anyone could live there. EPC presented a study to the planning commission that shows 40% of the population in the area is 55 years old or older, and they anticipate that percentage to grow over the next decade.

EPC previously held neighborhood meetings on July 14 and Aug. 20. Afterward, they agreed to knock off 20 units from their original plan and shorten one section of the building.

"At this point it feels like their proposal is their proposal," Hernandez said. "We're not really sure if there are any other options for compromise, and that's what really concerns us."

Neighbors also are worried about traffic issues and overcrowding.

Pat Fortun, a civil engineer for the city, said a traffic study was conducted of peak driving times in the morning and afternoon on Mission Road, and believes the street could handle the project.

Fortun also presented a traffic volume survey on northbound Mission Road that showed an average of 16,000 cars drove the street daily in 1975. In 2019, that number had increased to 18,700 cars.