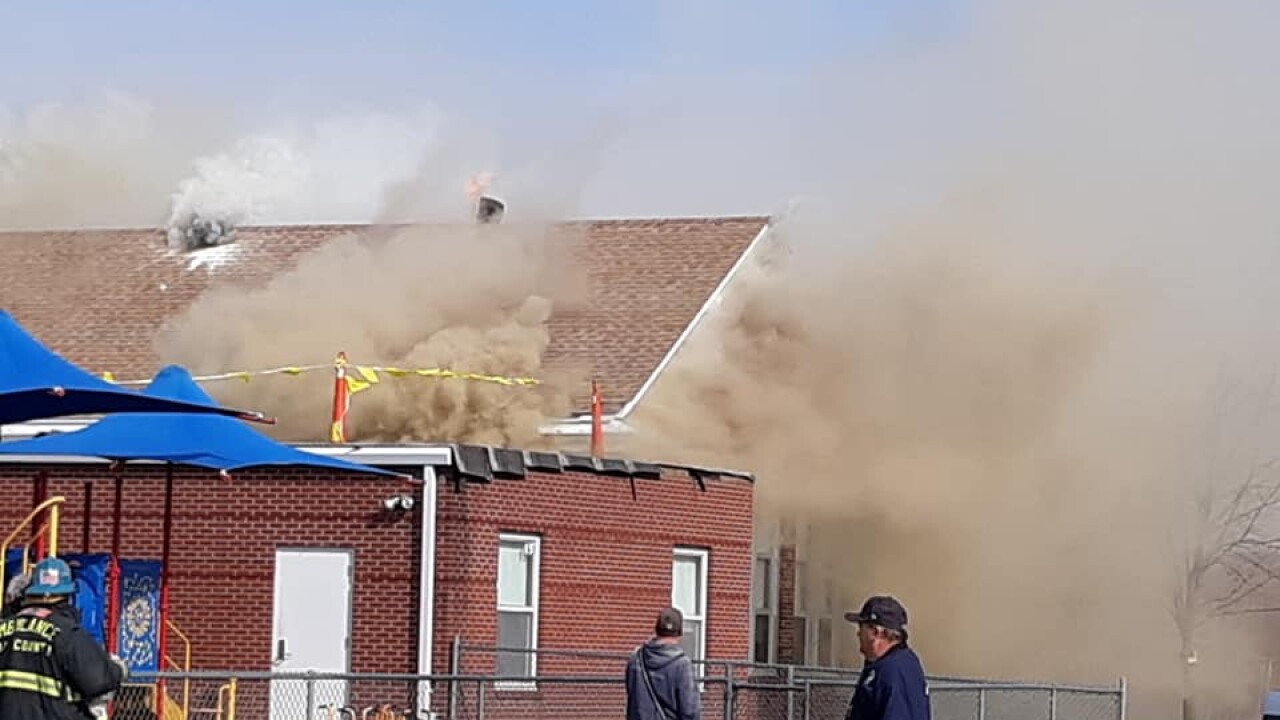 Copyright 2019 Scripps Media, Inc. All rights reserved. This material may not be published, broadcast, rewritten, or redistributed.
Courtesy of Conner Greer
Students attending class Wednesday at the Orrick, Missouri, school complex were evacuated after portions of the roof went up in smoke.

Some classrooms will be relocated because of the fire, the school district said Thursday on its Facebook page. An open house will be held from 4 to 5 p.m. Sunday in the elementary gym for students and families in preschool as well as third and fourth grades.

The school district had planned to resume classes this week, but air quality tests showed high levels of soot and smoke remained in the building.

The district said that it has worked with a restoration company, structural engineers and an environmentalist to make sure the building was ready for students to return.

The district plans to ask the Missouri Department of Elementary and Secondary Education for forgiveness of the days missed because of the fire.

The school board voted at a special meeting this week to have school on Monday, April 22, which was supposed to be a day off.