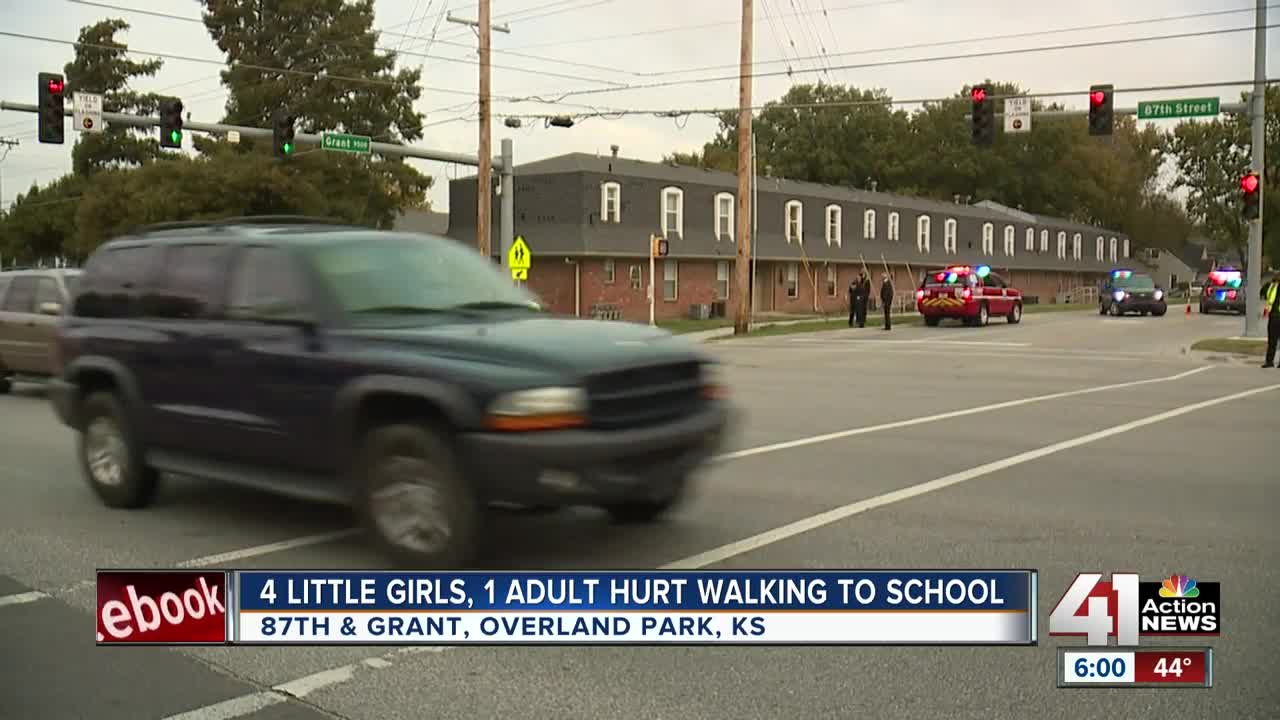 Overland Park police said five people were injured Thursday while walking to an elementary school, when they were hit by a car after a crash in the intersection in West 87th Street and Grant Street. 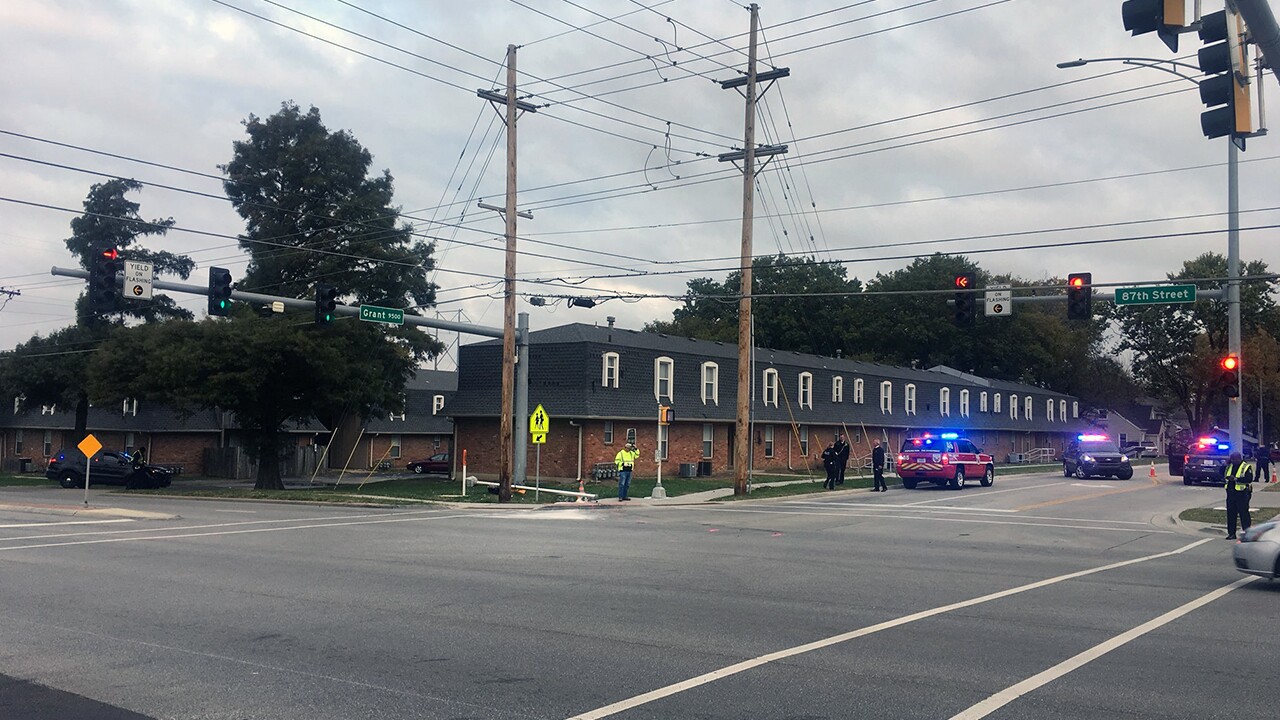 KANSAS CITY, Mo. — Overland Park police said five people were injured Thursday while walking to an elementary school, when they were hit by a car after a crash in the intersection in West 87th Street and Grant Street.

OPPD spokesman Officer John Lacy said around 7:30 a.m., a car going eastbound on 87th was turning left when a westbound car went through a red light and hit it.

After the impact, one of the cars hit a woman and four elementary-aged girls who were standing on the sidewalk.

Laura Jackson was inside a nearby apartment and told 41 Action News she heard the screams and ran outside to help.

“When she did catch her breath, the first thing she asked me was where her mom was and then I made sure we found the phone on her to call her mom and that was really hard to do because I’m a mom myself," Jackson said.

One of the girl's injuries was initially thought to be life-threatening, but police said early Thursday afternoon that her condition had improved.

The girls were on their way to Pawnee Elementary School, police said.

"This accident appears not to be connected to crossing guards, or any action by the students, but rather, three vehicles that got into an accident, and struck the students," Smith said.

The police spokesperson said citations are pending in connection to the three-car crash. Distracted driving has not been confirmed, but police said a red light violation could be expected.

Distracted driving is a growing problem. In the last year, Overland Park Police have written 456 tickets for failure to stop or yield right of way, 691 for failure to stop/remain at a red light, and 44 for disobeying a traffic control device.

“Just pay attention to the roadway, that’s the main thing I can give from this," Lacy said.