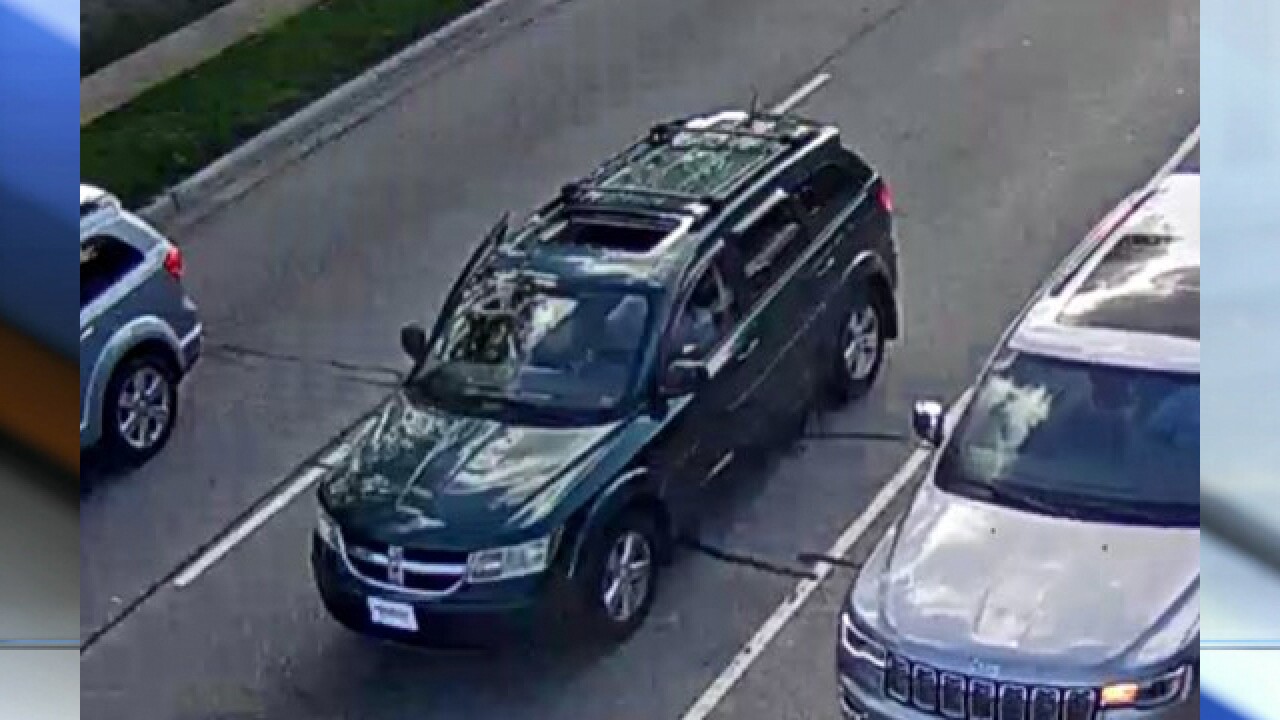 Copyright 2018 Scripps Media, Inc. All rights reserved. This material may not be published, broadcast, rewritten, or redistributed.
<p>Overland Park, Kansas Police are looking for this car in connection to a possible kidnapping on Wednesday, Sept. 12, 2018. Photo courtesy OPPD.</p>

KANSAS CITY, Mo. — Overland Park police are searching for a van in connection with a report of a possible kidnapping.

Witnesses told police on Wednesday that they saw a disturbance between two men and a woman between 5 p.m. and 5:30 p.m. in a parking lot in the 9400 block of 75th Street. They said the woman was forced into a hunter green minivan with a temporary tag that was possibly from Missouri.

Overland Park police said in a news release the main disturbance was between one of the men and the woman. The man is described as a black man in his 20s, between 5 feet 10 inches and 6 feet tall, heavyset with dreadlocks. He was wearing a white T-shirt and gray sweatpants. The woman is described as a white woman between 19-24 years old. She was wearing a white, brown and orange dress.