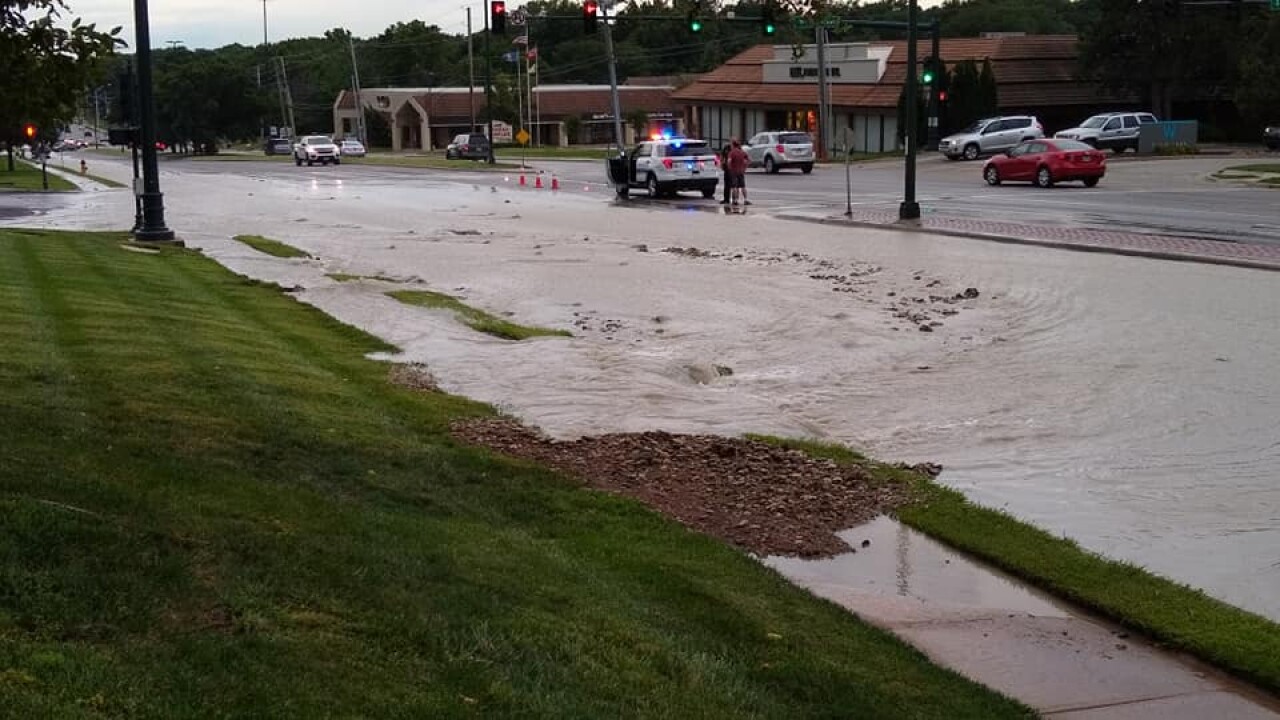 Two northbound lanes of Quivira Road were shut down Wednesday morning between 95th and 99th streets while crews worked.

Though the mall wasn’t affected by the break, some nearby businesses, including Sonic and Chick-fil-A, were impacted.

Broken water main at 97th and Quivira. Crews on site to clean up now. Police are redirecting Northbound Quivira to allow crews to work.@41actionnews @41TrafficNow pic.twitter.com/Hthf2SPCbH

Pictures from the scene showed a large amount of water blocking the road while emergency crews redirected traffic.