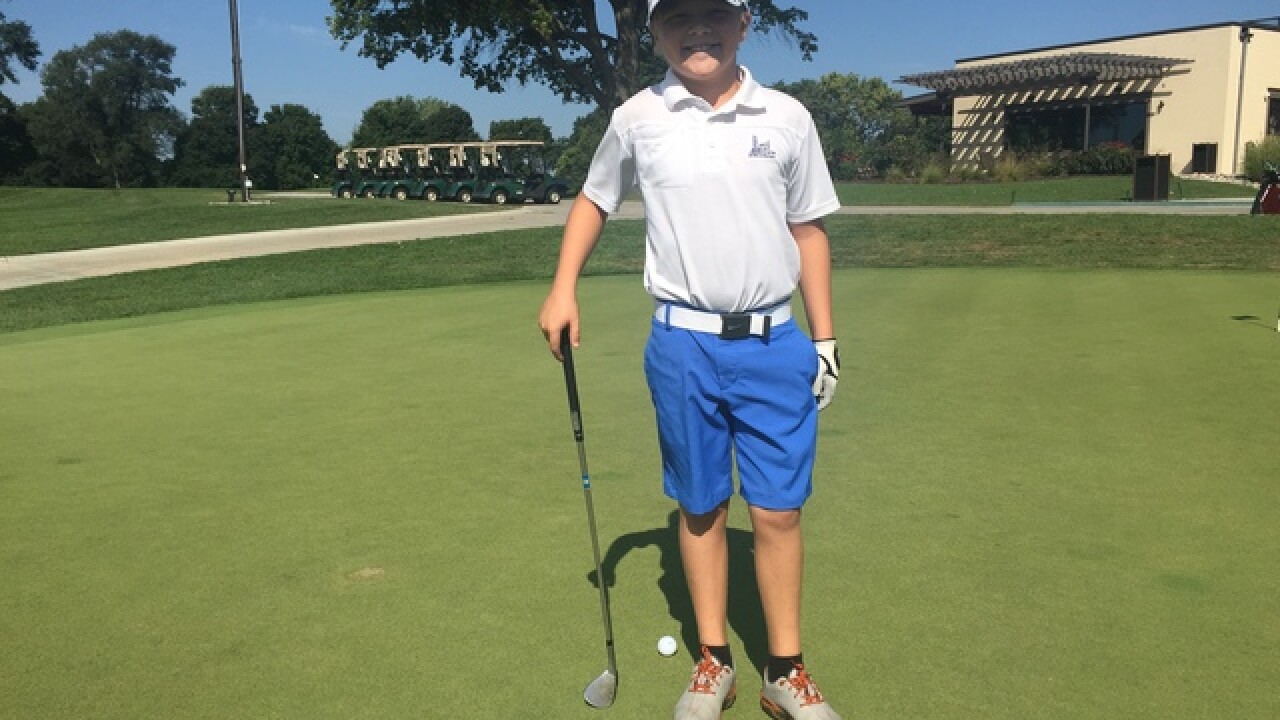 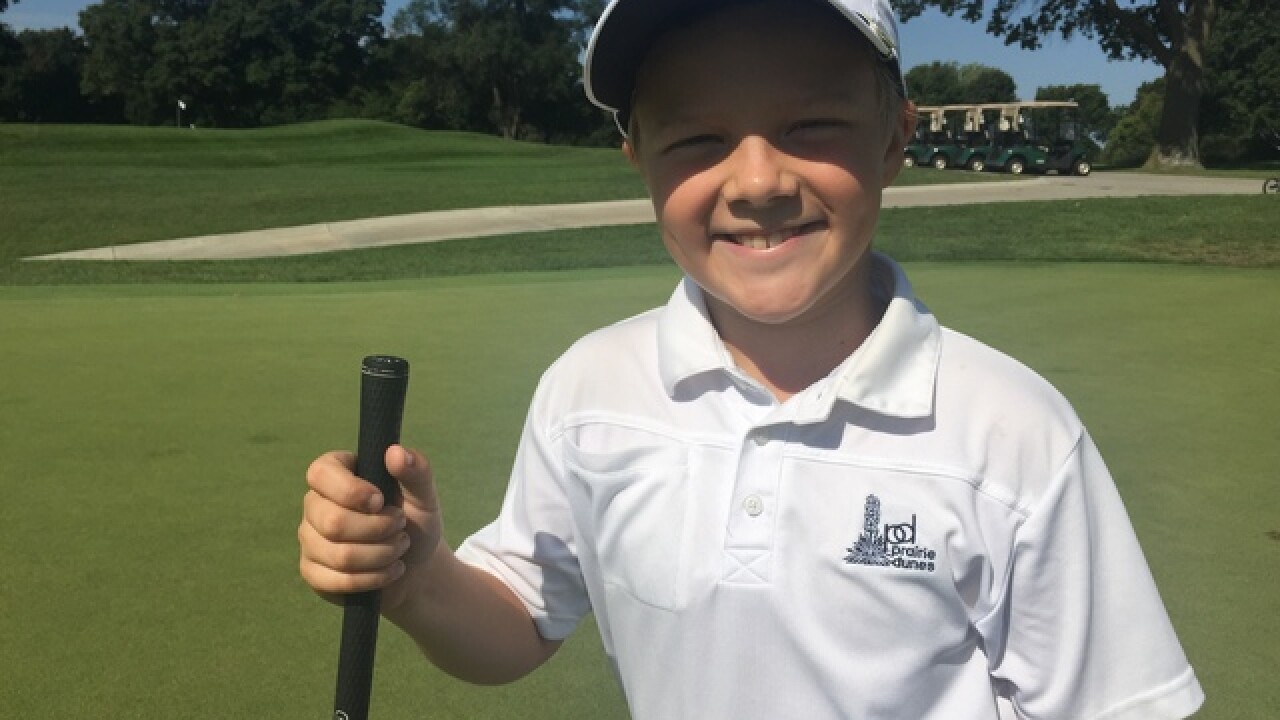 J.P. Hepler of Overland Park is just 9 years old, but he's already been invited by the PGA to one of golf's most coveted golf courses: Augusta National Golf Club in Georgia.

The fourth grader from Briarwood Elementary just beat out thousands of kid golfers across the country to compete at the place where only the Masters of golf play on national television.

It's the home of the famous Green Jacket - a place that takes years for pros to conquer.

But come next year, when Hepler is just 10, he too will compete in the PGA's second Drive, Chip and Putt competition in Georgia.

Nine others in his age group from around the country will compete with Hepler for bragging rights.

Hepler fended off competitors older than him to qualify, even beating the second place finisher by 12 strokes.

The 4'8" inch golfer is achieving a dream of his short lifetime, " Like, I want to be there."

Instructors at Milburn Country Club said Hepler practices religiously and has been on the golf course with his dad regularly since he was just 4 years old.

He'll compete in the three skill competition on the Golf Channel the week before The Masters.

Hepler said not many in his elementary school class fully understand his achievement.

"I guess the people who know what August is are proud of me, I guess," he said.

He defended the sport, saying "If you hit a bad shot you can recover, in soccer you can't do that."

Members at Milburn said they will be watching Hepler in Georgia in April.