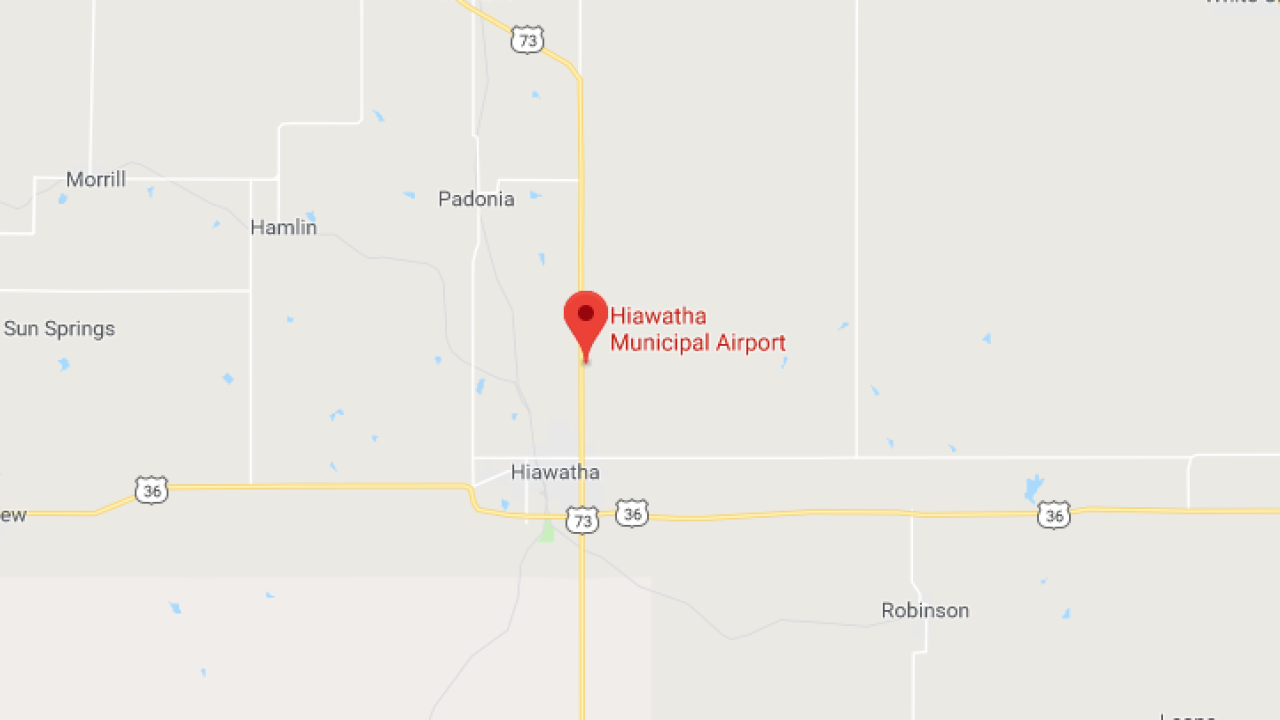 A small twin, turbo-prop engine crashed in a cornfield around 5:15 p.m. one mile north of Hiawatha Municipal Airport, according to Kansas Highway Patrol Lt. Bryce Whelpley.

The plane was fully engulfed in flames when emergency crews arrived.

KHP first responders were joined by Brown County sheriff’s deputies, Hiawatha police and crews from the Hiawatha Fire Department at the scene.

After putting out the fire, one person was found dead inside.

That person was identified Saturday as Bruce L. Lutz, 67, of Andover, Kansas, according to the Kansas Highway Patrol.

The plane is owned by Mako Certificate, LLC. Lutz is identified as the president of the company on LinkedIn.

There is no control tower at the airport.

At this time, there is no known reason for the crash.

Federal investigators from either the Federal Aviation Administration or National Transportation Safety Board will be investigating.

“The FAA and NTSB are aware of this and are going to be assisting or taking over the investigation soon,” Whelpley said.