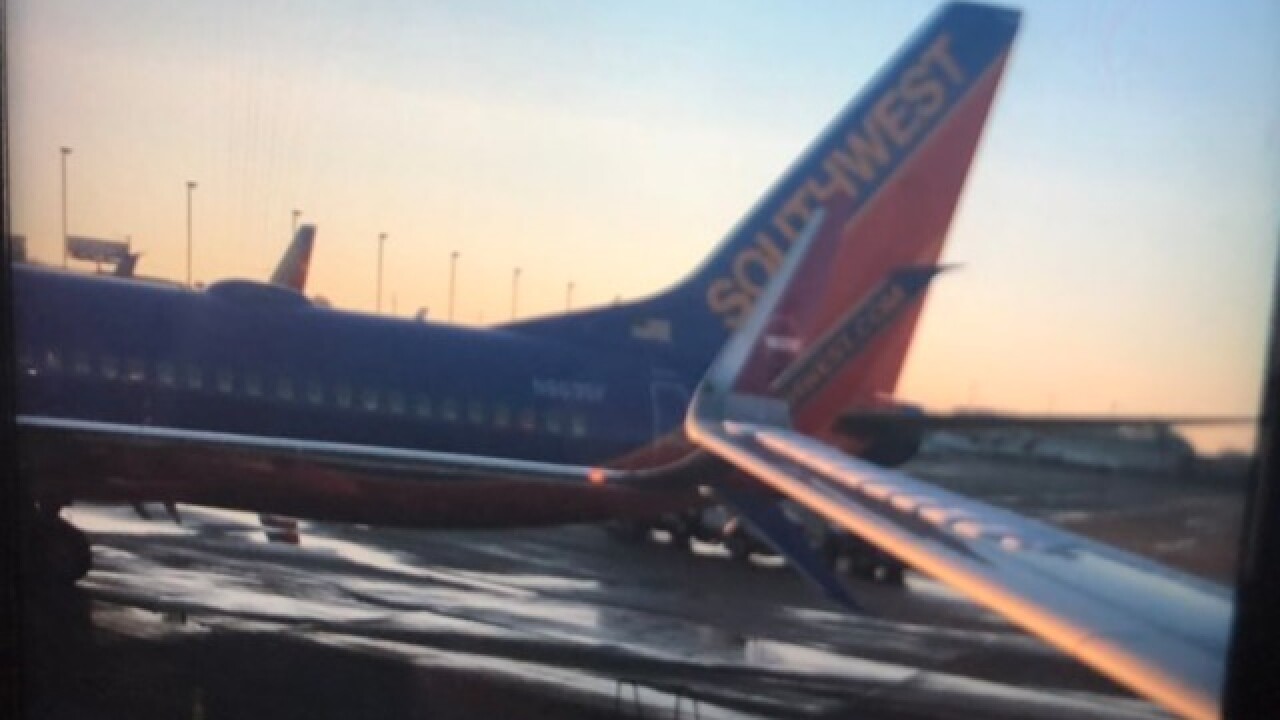 Copyright 2018 Scripps Media, Inc. All rights reserved. This material may not be published, broadcast, rewritten, or redistributed.
<p>Photo courtesy of Abby Ivory-Ganja</p>

KANSAS CITY, Mo. — A Southwest flight from Kansas City clipped the wing of another flight after landing Thursday afternoon in St. Louis.

The Southwest flight was coming into the terminal when it clipped the wing of a WOW air jet.

No one on either plane was hurt.

Several inches of snow fell in St. Louis on Thursday. It is not clear if this incident was weather-related.

"Initial reports indicate that a winglet (outer tip of the wing) of a Southwest aircraft contacted the winglet of another aircraft while taxiing into a gate at STL upon arrival from MCI. The Southwest aircraft was taken out of service for inspections. There were no injuries, and the outbound flight is operating utilizing a different aircraft and departed about 1 hour and 20 minutes behind schedule. We thank our customers for their patience."