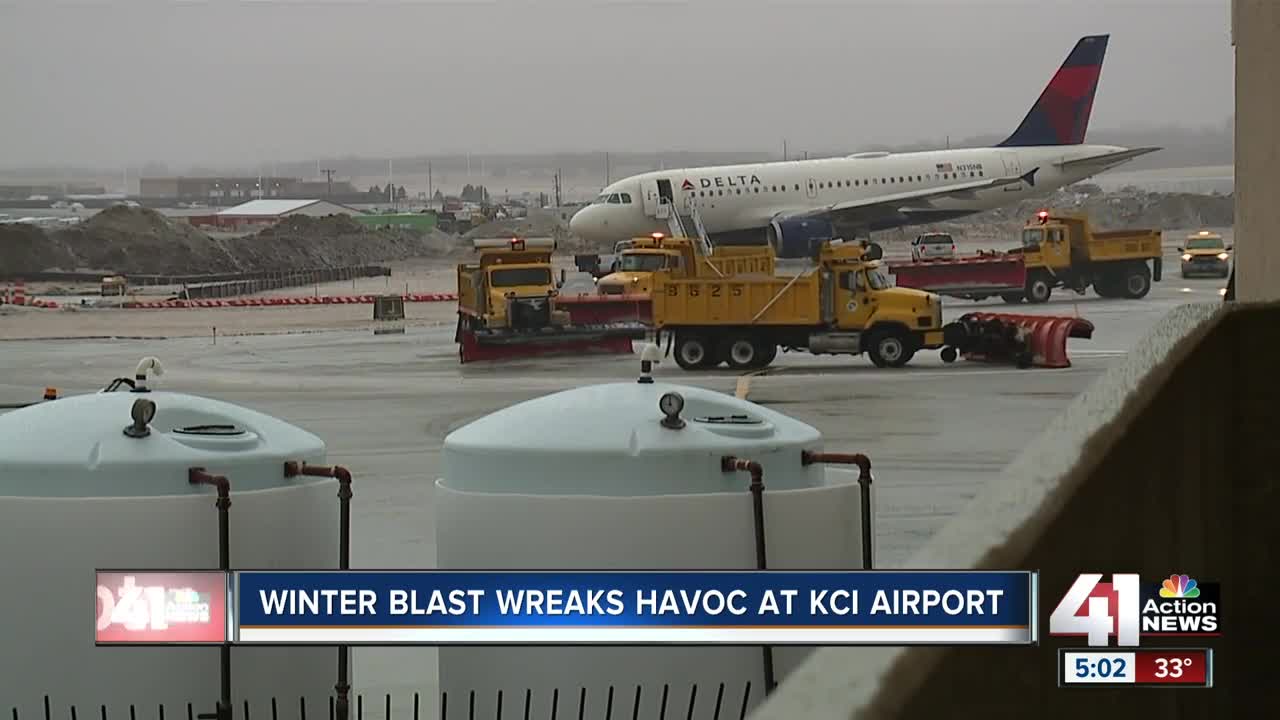 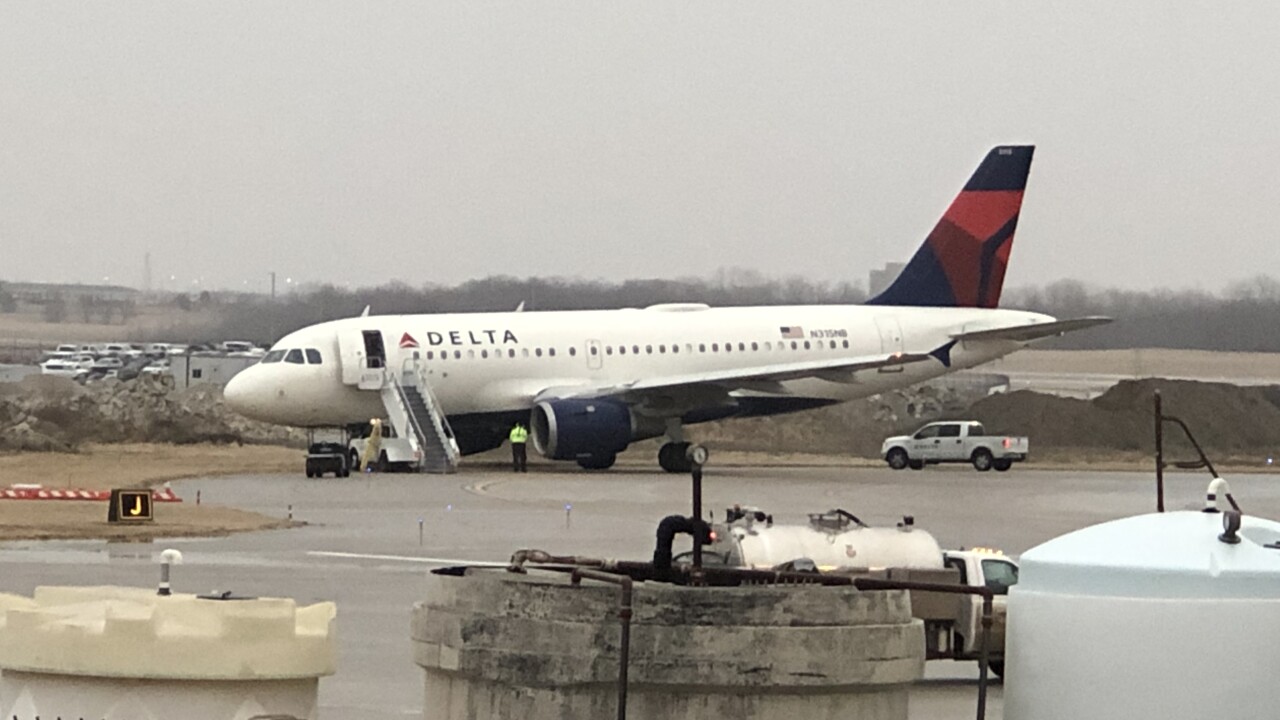 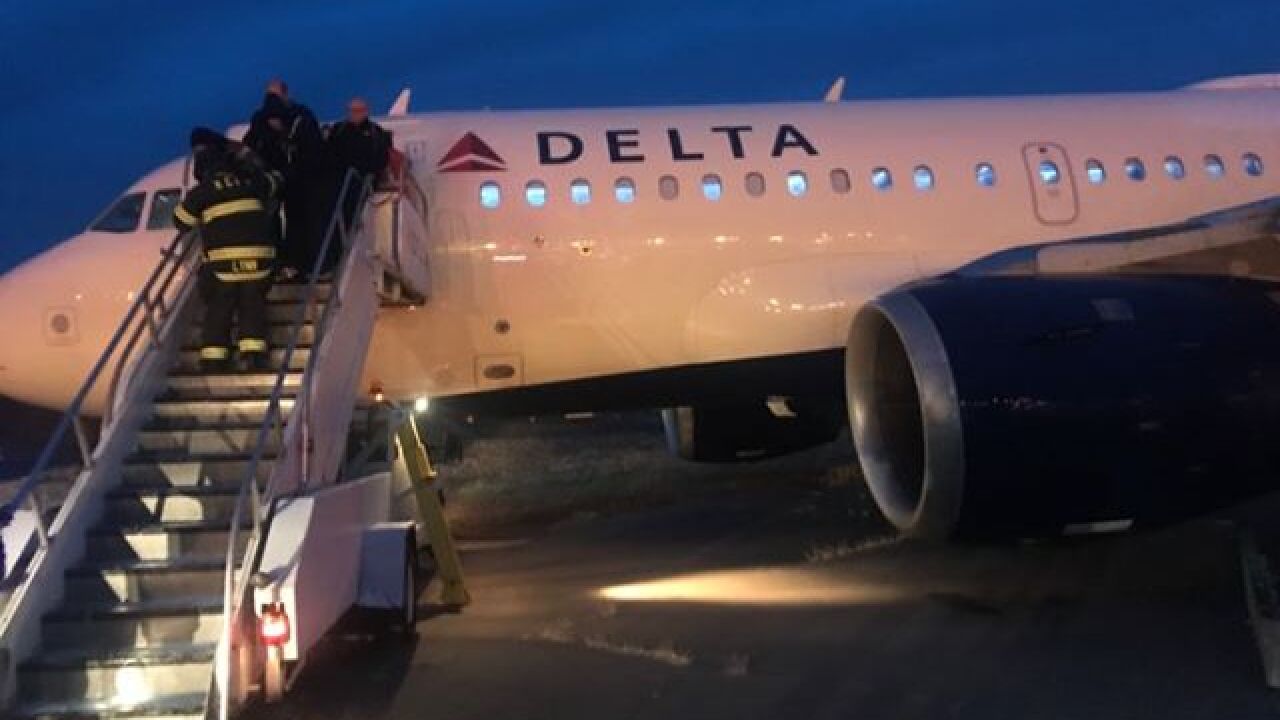 The airport was closed for several hours due to the weather, but not before one plane encountered some issues.

Delta Flight 1114 to Detroit carrying 129 passengers and crew slid off a taxiway just before 6:30 a.m.

An airport spokesperson said passengers on the flight were safely offloaded and bused to Terminal B. Crews planned to remove the airplane from the airfield later on Friday.

“In preparation for departure, the nosegear of Delta flight 1114 exited the taxiway," a Delta spokeswoman said in a statement. "We apologize to our customers for the delay and inconvenience and are working to reaccomodate them.”

A Delta Air Lines A319 slid off a taxiway. At @KCIAirport. No known injuries. More details to come.

The plan was taxiing from the terminal when one wheel went off the pavement.

KCI spokesman Joe McBride said airport officials could not put de-icer on the runways because of the rain and freezing rain turning to slush.

“Slush is worse for hydroplaning than water, unless it's deep water," McBride said. "Imagine if you're taking off or landing in an aircraft at 150 miles an hour. Compared to here, we are on the roads at 30 hydroplaning. You need traction for steering and braking."

Those on the plane said they felt a bump as the plane left the taxiway.

"There were two kind of big bumps and then it stops, and you hear over the intercom (that) the plane went over some ice, so we have to get everyone out," Delta passenger Scott Lee told 41 Action News.

The delays at KCI frustrated some of the travelers.

"Right now I just want to get home, so it is frustrating," passenger Wayne Corbat said.