Board member says Platte County Fair 'definitely not being canceled' 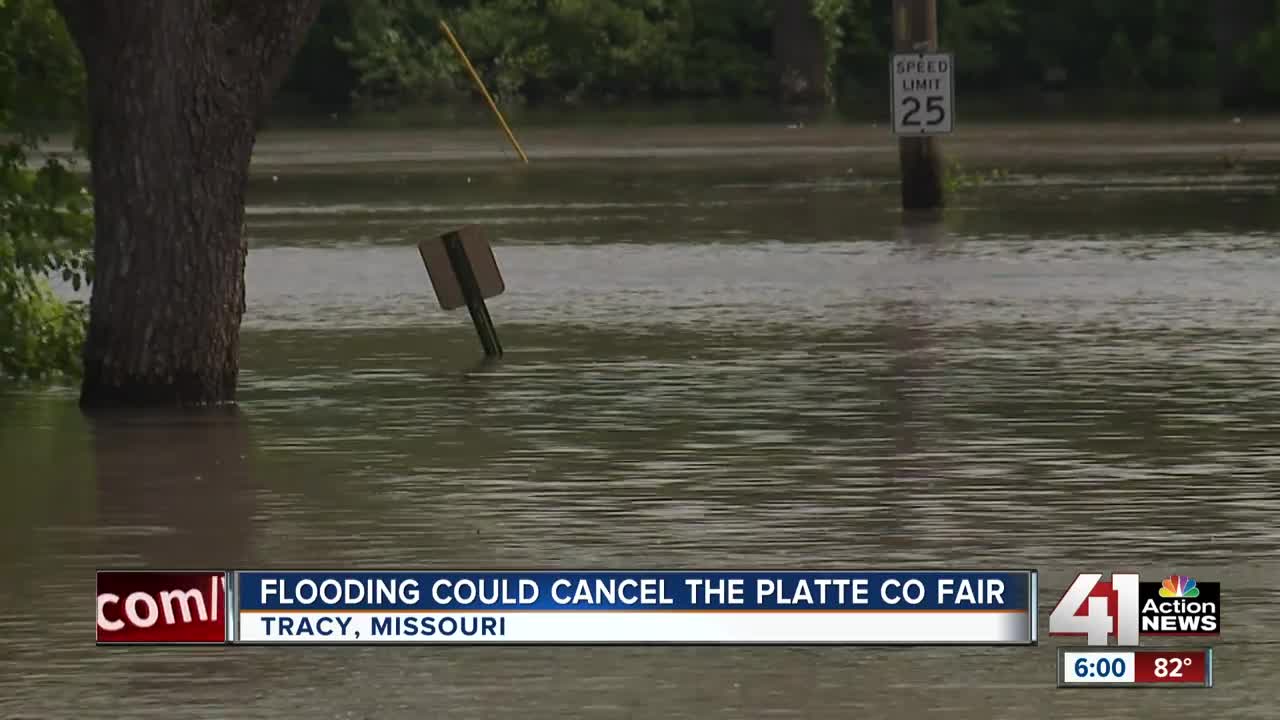 The Platte County, Missouri, fairgrounds and surrounding areas in Tracy, Missouri, are partially flooded with overflowing waters from the Platte River. 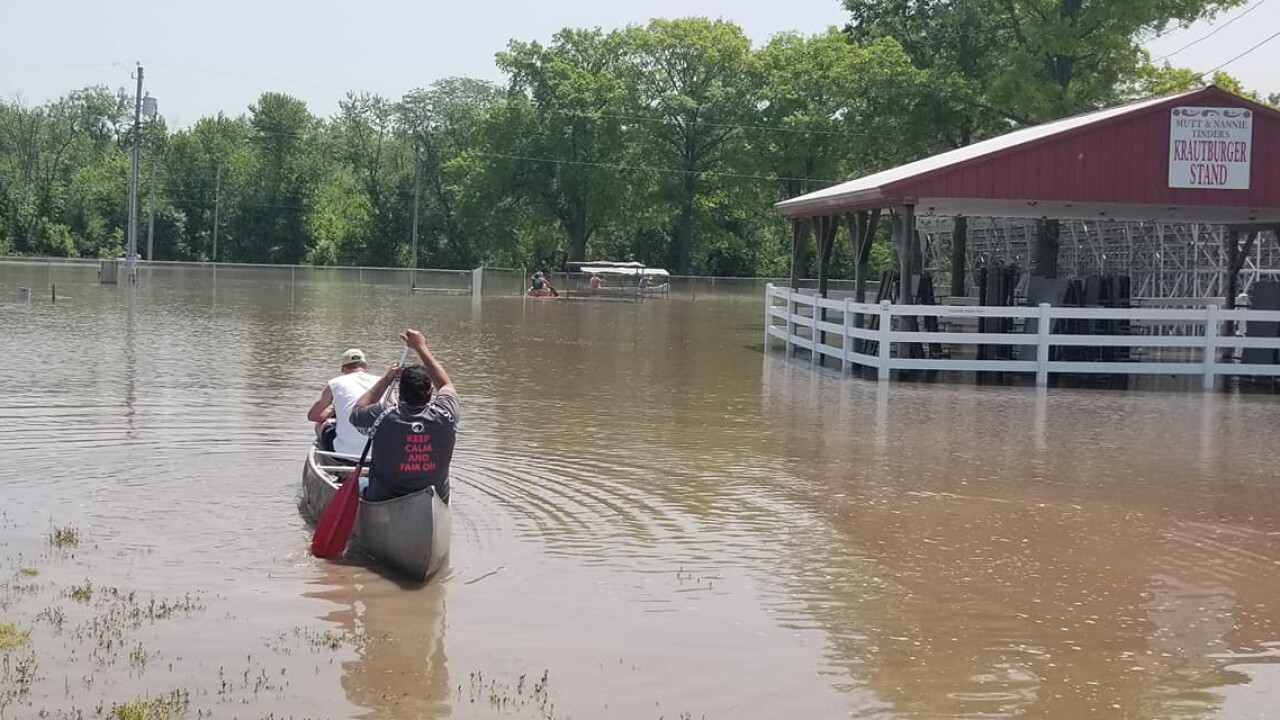 TRACY, Mo. — The Platte County, Missouri, fairgrounds and surrounding areas in Tracy, Missouri, are partially flooded with overflowing waters from the Platte River.

Missouri 92, which leads to Tracy from Platte City, was closed Monday just over the Platte River bridge with water over the road.

Platte County Fair board members were on the property over the weekend to survey the floodwaters.

One board member told 41 Action News the fair will be held as scheduled if the waters recede by June 25.

The fair is scheduled for July 24-27. Board member Brandon Edlin said they're expecting around 20,000 people over the four-day span.

"It's a long family tradition here in Platte County, that's for sure," Edlin said.

On Monday, floodwaters had not entered any fairground buildings, though the main intersection leading into the fairgrounds was under water. Edlin said the board is confident that everything will dry out and the fair will go on as scheduled.

"It's definitely not being canceled," Edlin said. "We always have alternative dates just in case, but we won't use them. This will be gone; we'll be good."

According to the fair's website, the event has only been postponed twice in its more than 150-year history: 1965 and 1993.

While checking the property, board members decided to make the most of a bad situation and hold a little friendly competition.