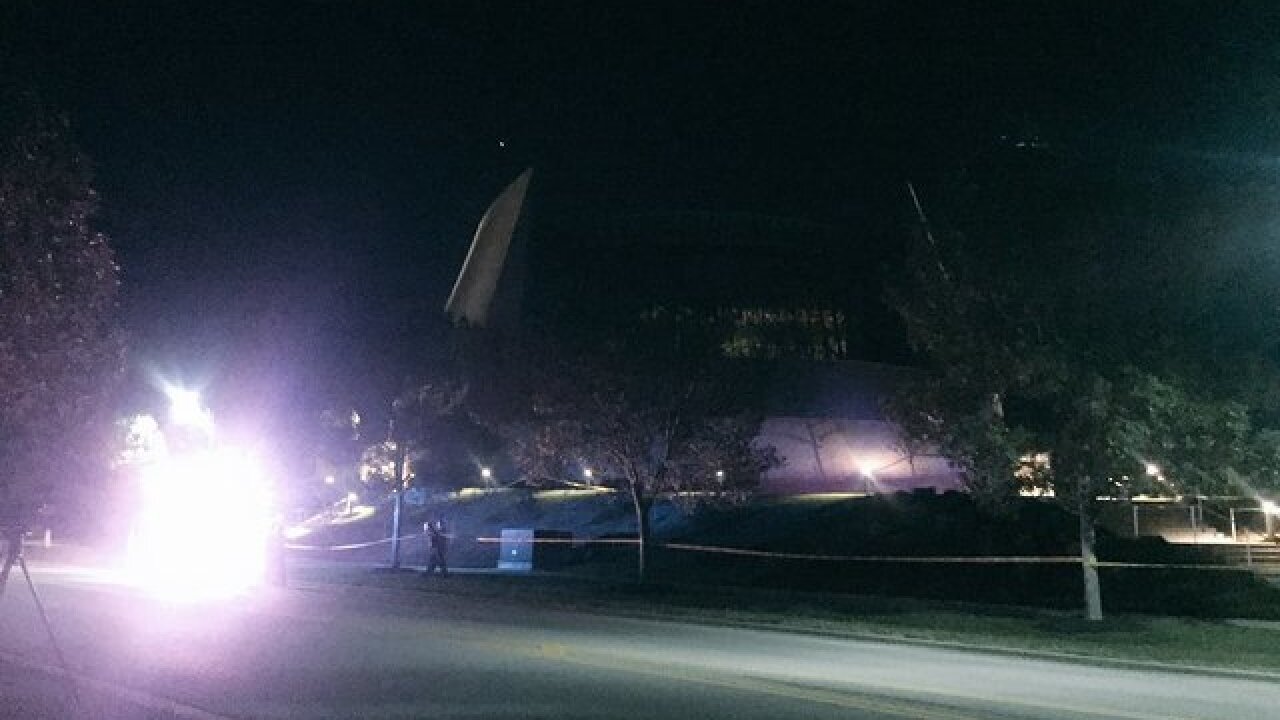 KANSAS CITY, Mo. — Police said they believe a shooting that happened outside Center High School's graduation ceremony stemmed from a fight between two groups of people.

Thursday night, Center High School was holding its ceremony at the Church of the Resurrection in Leawood when, near the end of the graduation, off-duty officers working the event were told there was a physical fight going on in the parking lot.

When they got outside, they found that the fight had ended, but as they began to investigate, gunshots sounded from another area of the lot.

Police found two victims. The first was a graduate, who was walking with his family from the event, when he was struck by a bullet near the northwest corner of the church. Police said he was not involved in the fight.

The second victim was in a car, and later showed up at a Kansas City area hospital with a gunshot wound. He was not a current Center School District student. It's unclear if he was involved in the initial fight.

Both victims have been released from the hospital.

Police said investigators think the fight led to shots being fired between two groups of people, but they have not yet identified specific suspects.

No arrests have been made.

The Center School District put out a message of strength and resilience Friday morning.

"To our students, we love them and we are so proud of them. To our parents and families, thank you for your partnership and love and support. And really taking care and wrapping their arms are around us at this time. Again to the Leawood Police Department, to the Church of the Resurrection, we walk side-by-side and we love and appreciate you," said Kelly Wachel, from the school district.

The Leawood Police Department said they are continuing to interview witnesses. They acknowledged that in the chaos that erupted following the shots, many people fled the scene before speaking to officers.