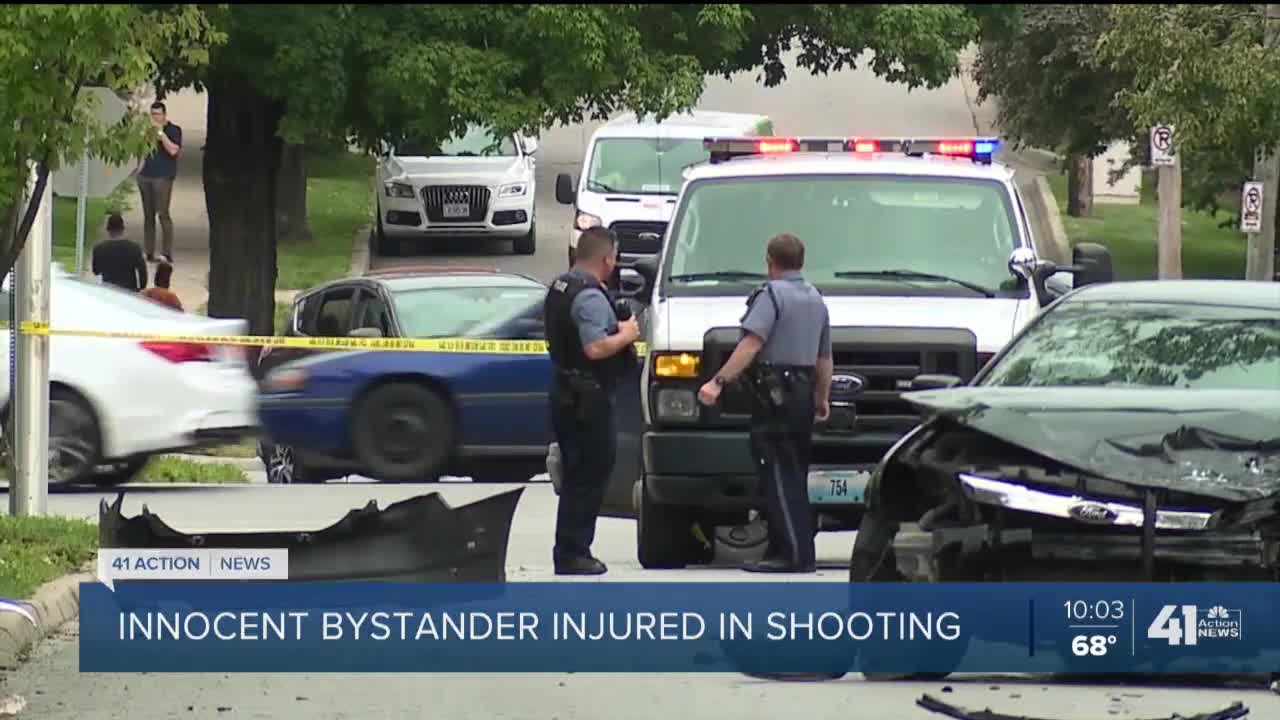 Car-to-car gunfire Wednesday afternoon wounded three people – including an 'unintended victim' on a busy street in a Midtown neighborhood. 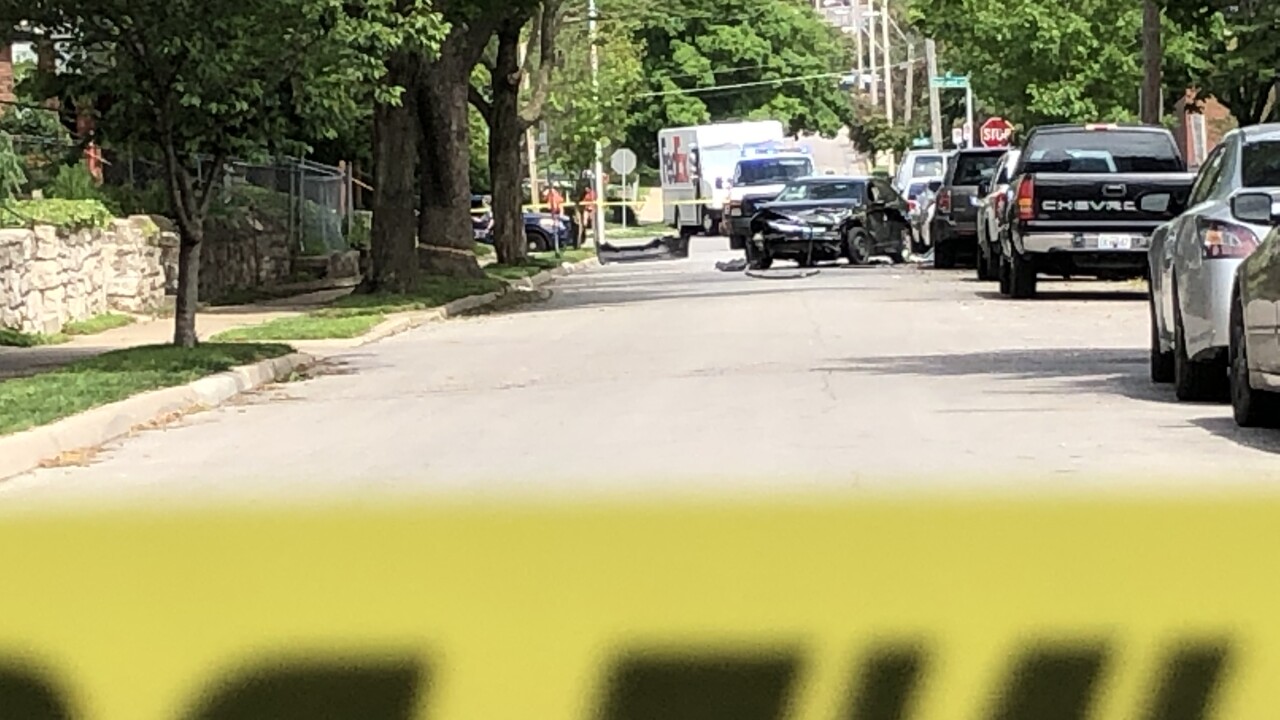 Kansas City, Missouri, police officers were sent to the area of West 40th Street and Pennsylvania Avenue around 3 p.m. on an unrelated call when they heard gunshots, according to a spokesperson with the Kansas City Police Department.

Officers found people in two vehicles exchanging gunfire. Police said that as the vehicles drove away the gunfire continued.

"I heard some smaller sounding pops, maybe about four or five," said Bob Zahner, who lives near 40th Street and Southwest Trafficway. "And then all of the sudden I heard about 8 or 9 more from a much larger gun."

Neighborhood video obtained by 41 Action News captured some of the gunfire. It also revealed a black car speeding down the street before it crashed into parked cars.

LISTEN AND WATCH: you can hear gunfire and see a car go speeding down the street before crashing. This is connected to the triple shooting near Westport today @41actionnews pic.twitter.com/K5P7Ljkg5X

According neighbor Bryan McQueen, those inside the vehicles tried to run away.

"One guy ran off, ended up coming back down. The girls scattered went, behind the house," McQueen said. "They just looked frantic."

Police found three people who were shot, including a man who was an "unintended victim" near West 40th Street and Pennsylvania Avenue. According to police, all three individuals suffered non-life threatening injuries.

Officers detained all of the occupants in the two cars.

"I just don’t understand why we always, why things have to come to that," McQueen said.