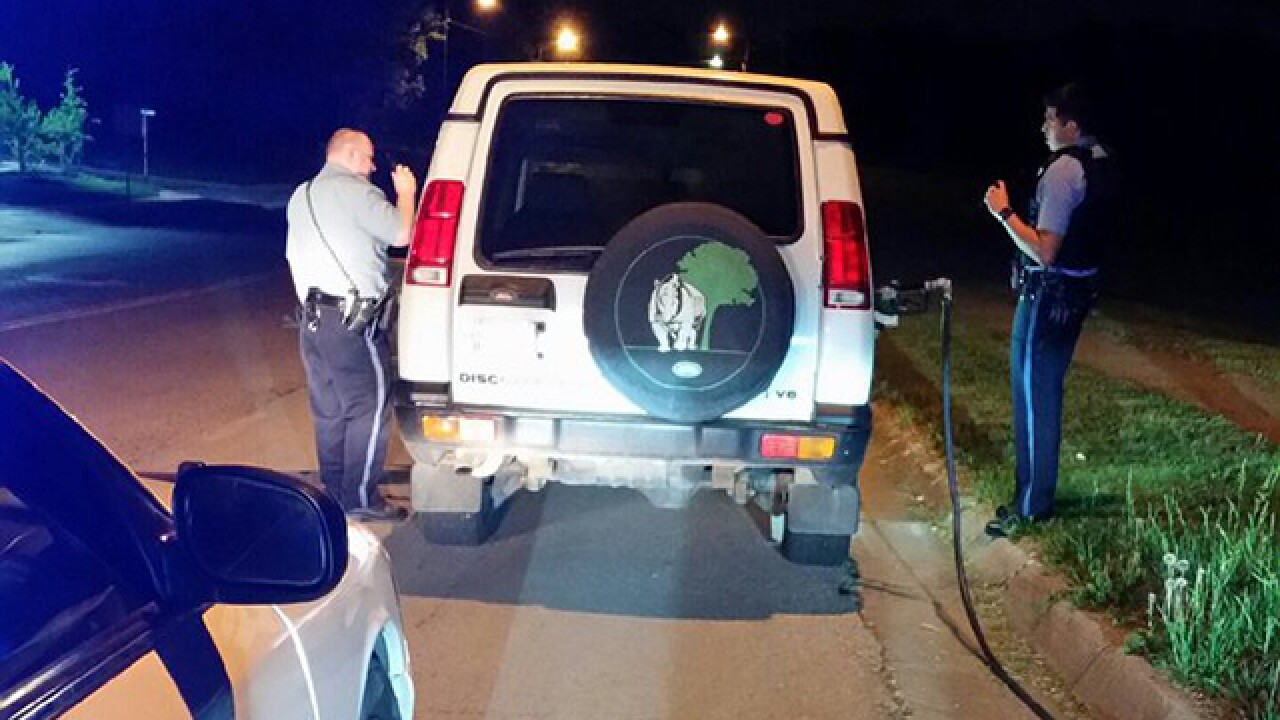 Copyright 2018 Scripps Media, Inc. All rights reserved. This material may not be published, broadcast, rewritten, or redistributed.
<p>KCKPD pull over SUV with gas pump hanging out of gas tank.</p>

KCKPD officers on patrol Thursday night in the area of 5th and Armstrong near downtown Kansas City, Kansas spotted something unusual: A white Land Rover SUV with a gas pump hose hanging out of the passenger-side gas tank.

KCK Police Chief Terry Zeigler said officers questioned the driver, who was later cited for driving while under the influence.

A picture posted by Zeigler on Twitter tells the rest of the story:

#KCKPDICON officers stopped this vehicle when they observed the gas handle from a pump hanging out of the tank on the right side. 😁 pic.twitter.com/ycHkjnRIwc