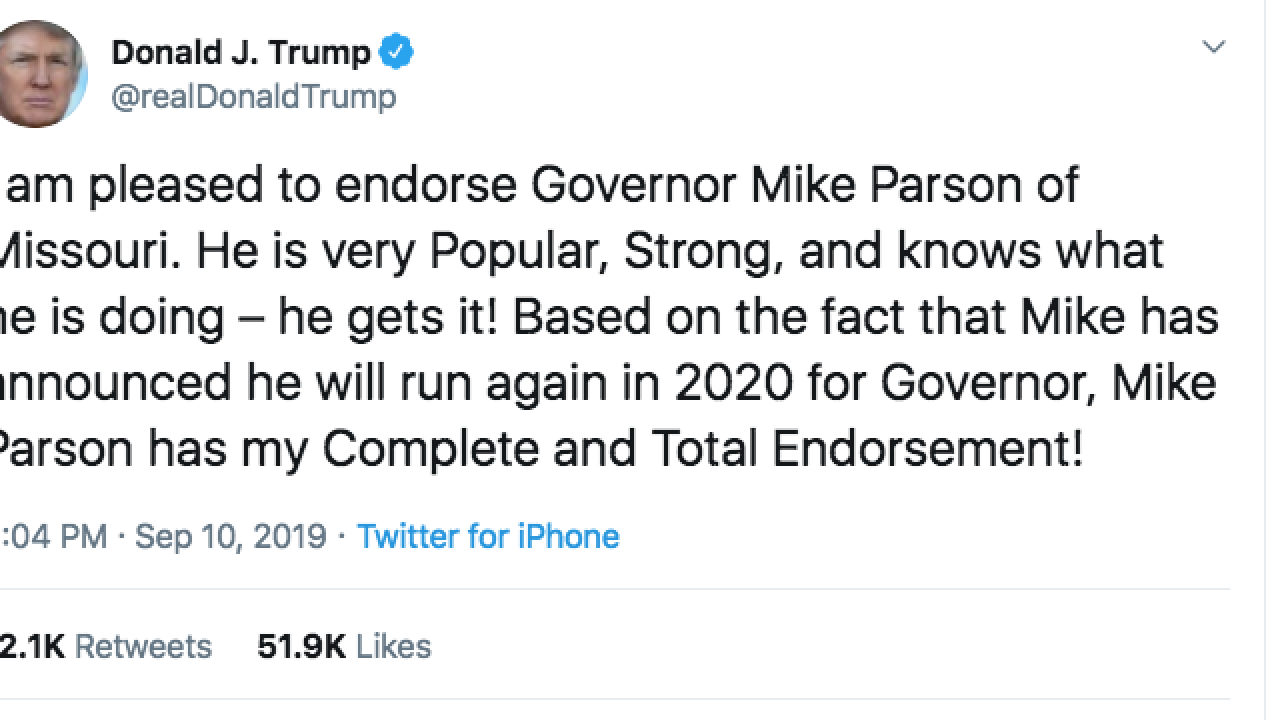 Trump on Tuesday tweeted support for the Republican Missouri governor's 2020 bid. Trump says Parson is "very Popular, Strong, and knows what he is doing."

Parson faces a challenge from Democratic Auditor Nicole Galloway. She's billing herself as an independent check on Jefferson City through her role as state auditor. But the Democrat faces an uphill battle in a red-leaning state where voters elected Trump by nearly 19 percentage points in 2016.

Voters didn't elect Parson governor. Instead, he was elected lieutenant governor in 2016 and then took over as the state's top executive in 2018 after former GOP Gov. Eric Greitens resigned in the face of potential impeachment.