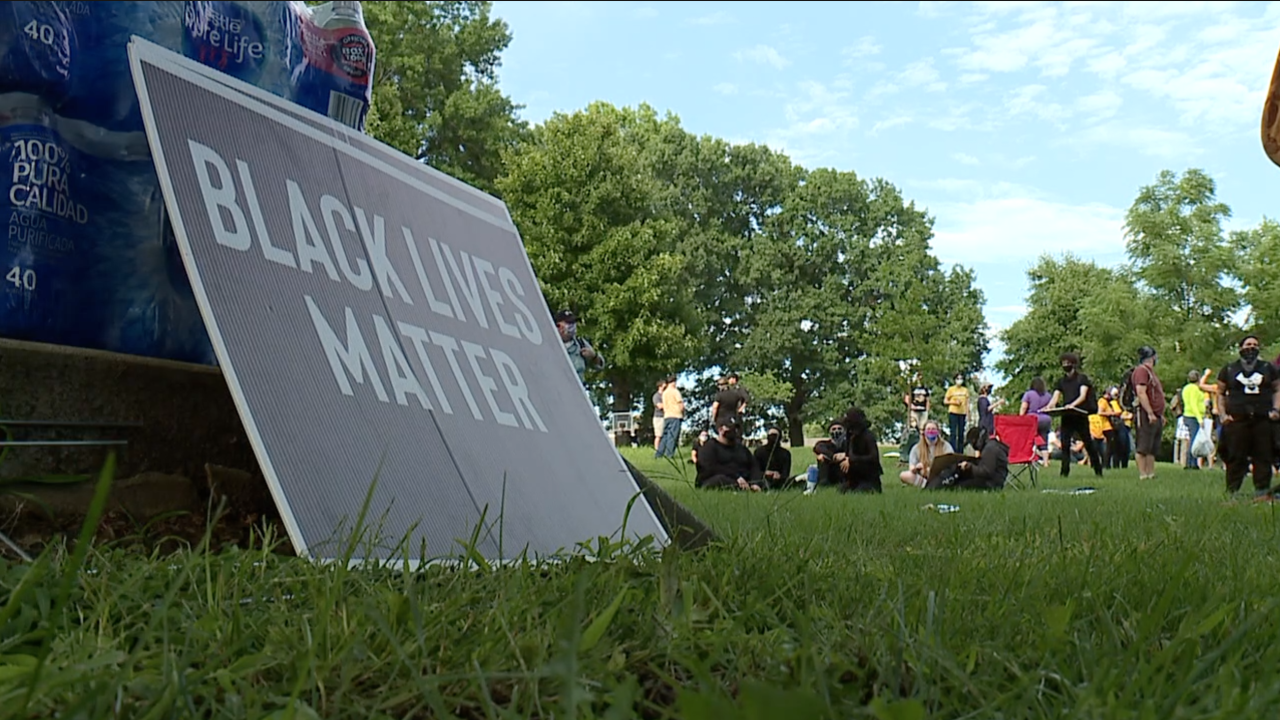 Tyler Navas/KSHB
Black Lives Matter protesters from both sides of the state line come together on Saturday in Prairie Village to march along State Line Road. KANSAS CITY, Mo. — Activists on both sides of the state line came together Saturday to fight racial injustice.

Event organizer Patrick Wotruba said they know they need numbers in their fight.

"If we have numbers, then we can get our message out much louder and clearer,” Wotruba said.

Demands from the groups included the firing of police chiefs in Kansas City, Missouri, and Overland Park.