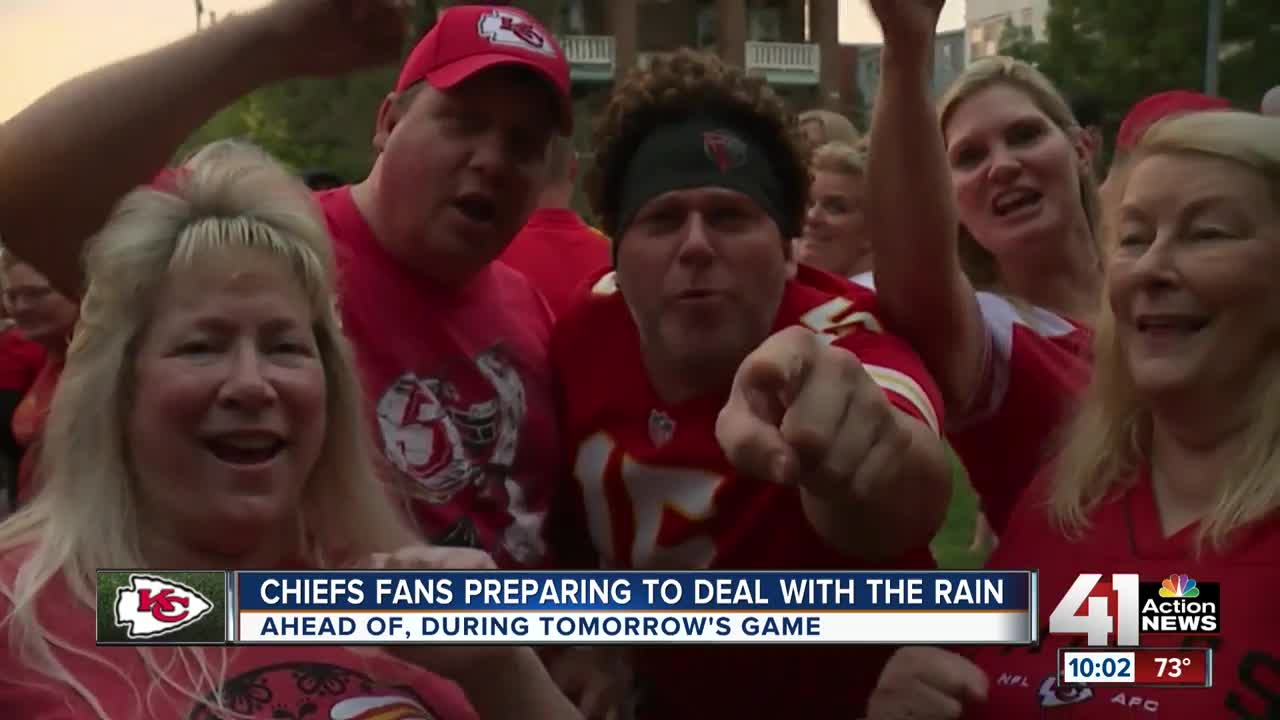 The rain put a damper on plans for some people Saturday as a torrential downpour interrupted the Plaza Arts Festival, but it didn't completely stop the crowds and many Kansas City Chiefs fans vow to tailgate before Sunday's home opener no matter the forecast. 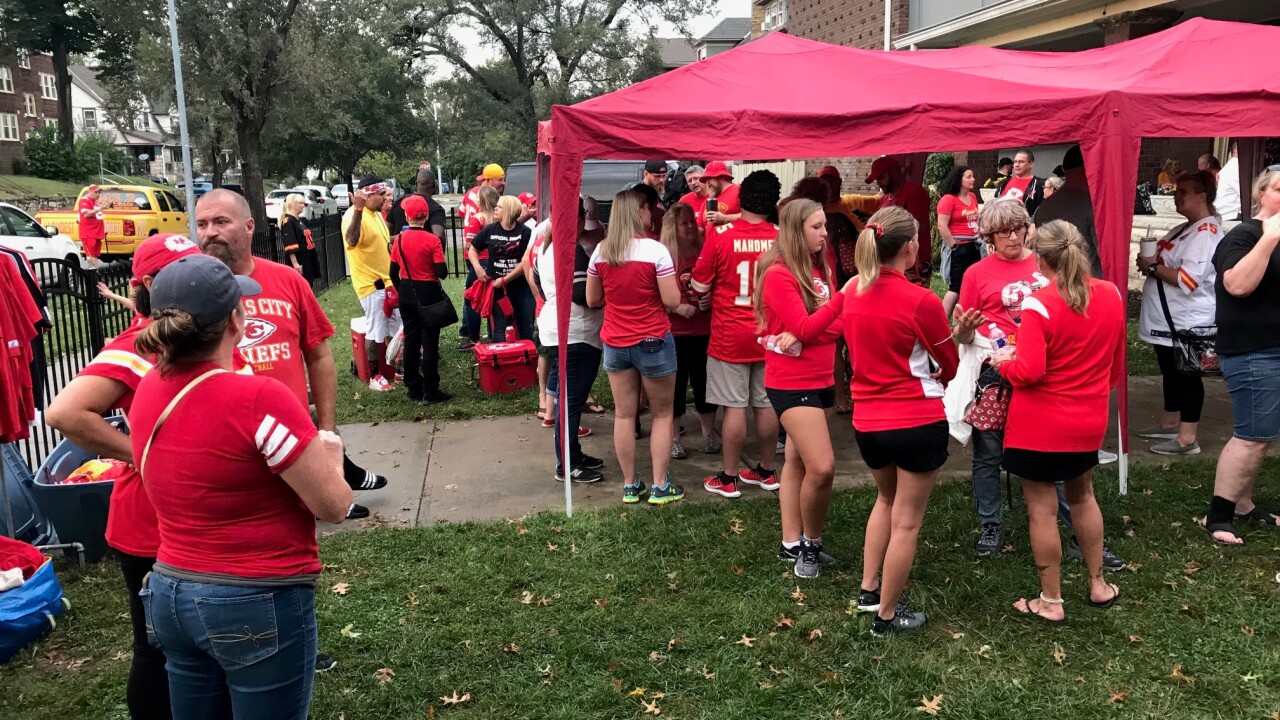 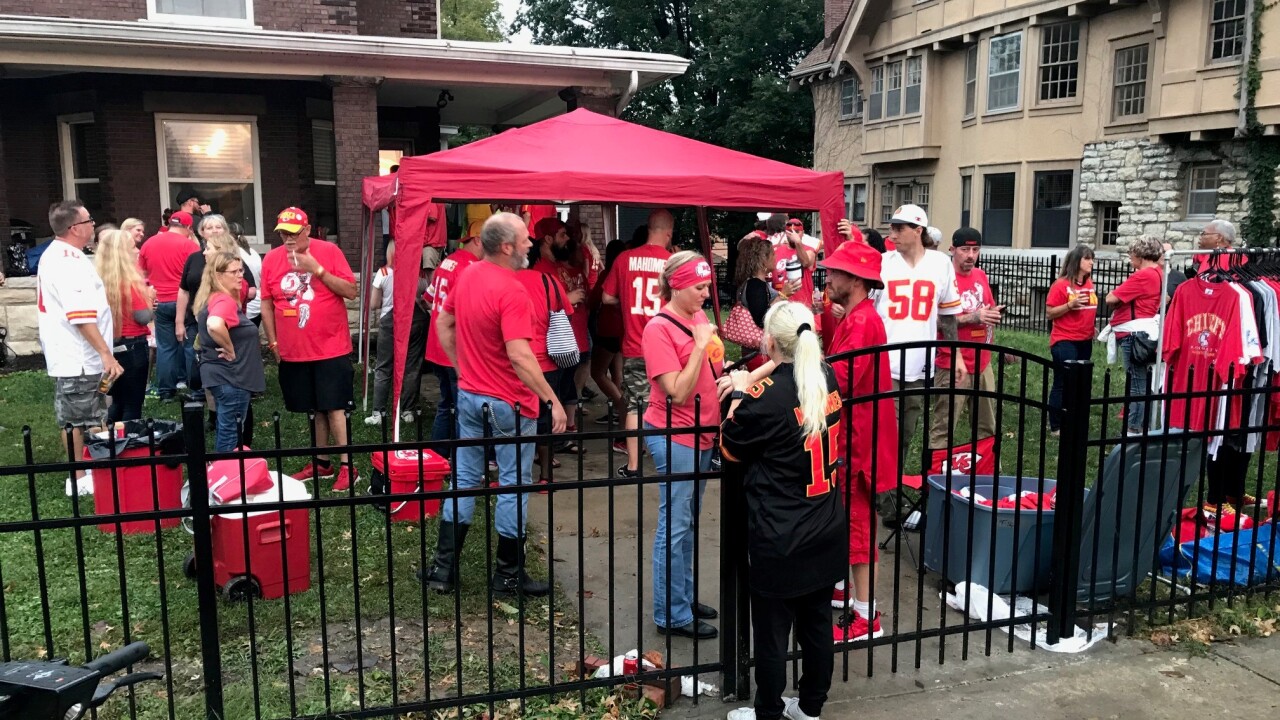 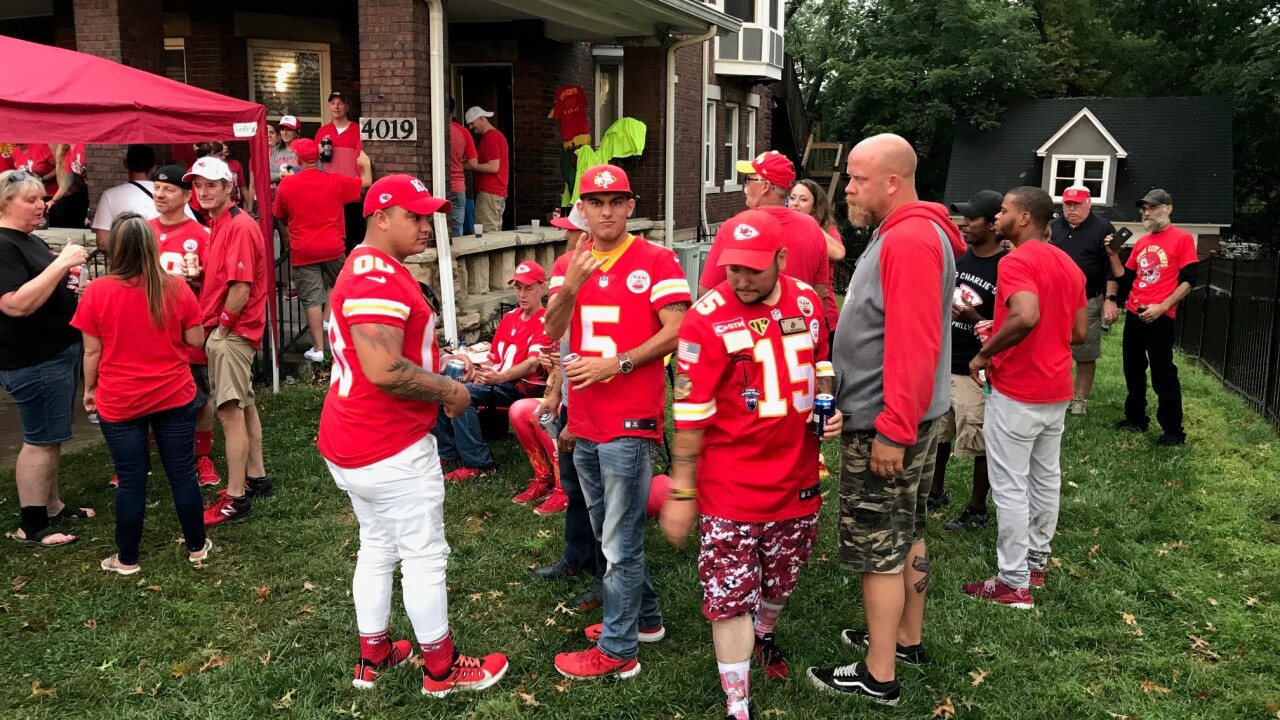 KANSAS CITY, Mo. — The rain put a damper on plans for some people Saturday as a torrential downpour interrupted the Plaza Arts Festival during the early afternoon.

“(I) probably didn't come as prepped," Joesph Rincones, an artist from Wichita among the hundreds with work on display at the event, said. "But, for the most part, tents keep the rain out and usually it's OK unless it's just pouring, which is kind of what happened. So, that's that."

The weather certainly prevented some people from strolling around the Country Club Plaza in such a downpour, the weather tamped down crowds for the annual event, but it didn't damper everyone's spirit.

“I'm all game for it," festival attendee Amanda Fee said. "Rain or shine, that's what Kansas City people do."

Kana Handel, an artist from Florida, agreed: “Usually, when it rains like this, people don't come out, but Kansas City people still come outside."

Big crowds also are expected Sunday morning at Arrowhead Stadium for the Kansas City Chiefs' home opener at noon against the Baltimore Ravens.

As the hours tick closer to the game, the chances for more showers increase as well.

Dozens of fans, including a lot of out-of-town fans who trekked to KC for the contest, gathered at a Midtown house Saturday evening for a pre-tailgate party.

“This is probably what actually is about the (Chiefs) Kingdom, it's about love,” David Ramirez from Orange County, California, said.

All of the Chiefs fans have seen the forecast and don’t care about how much rain may fall.

“I love the element of the rain, the mud, the snow, whatever it is," Brenda Darnell from Arlington, Texas, said. "We'll be there and ready to go."

Gates for the parking lots at Arrowhead Stadium open at 7 a.m. Sunday morning and no amount of rain will keep the crowds away.

“I'm from Kansas," Chiefs fan John Burress said. "We don't melt in the rain. Only the witches do."