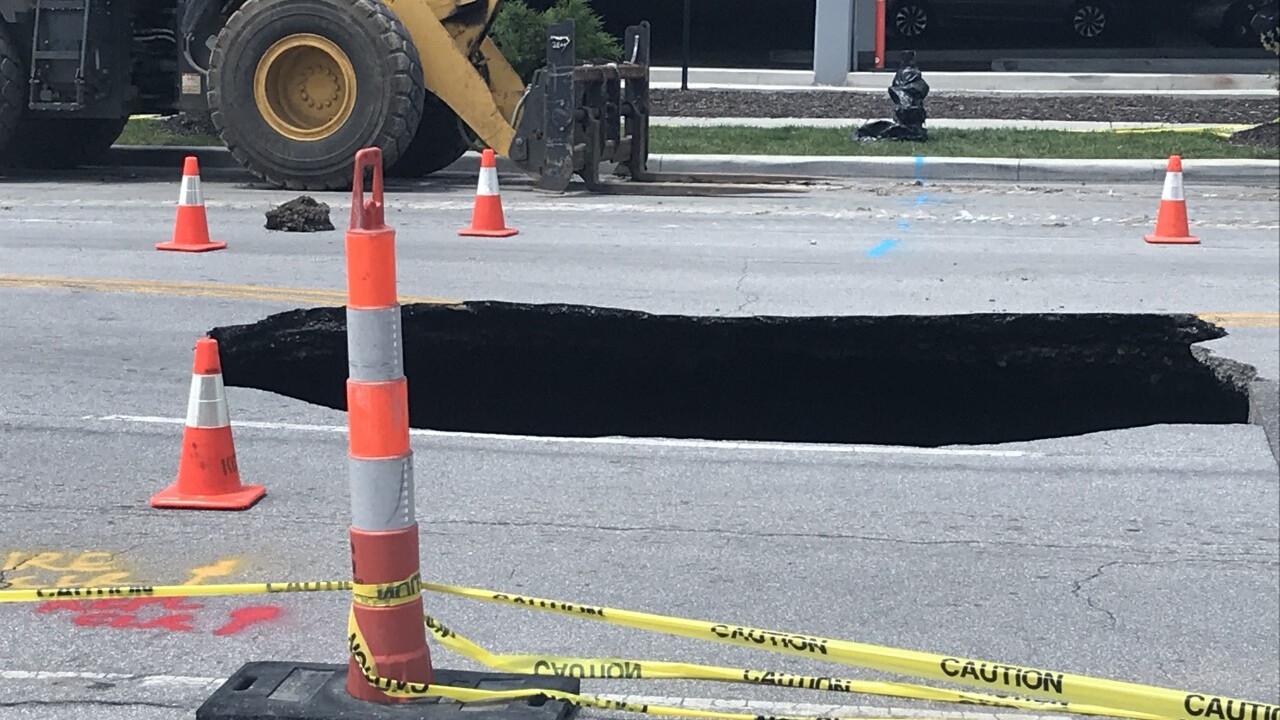 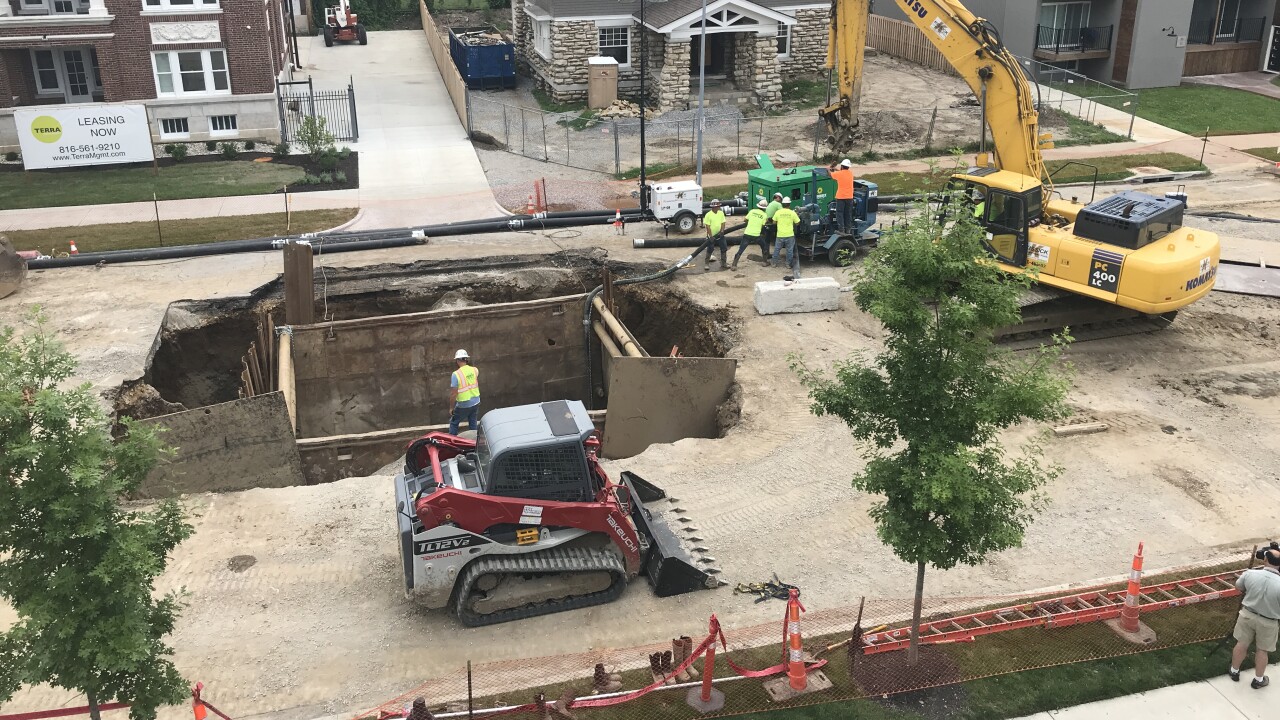 KANSAS CITY, Mo. — A 20-foot sinkhole in Midtown Kansas City that took more than a week to repair and cost more than $700,000 was caused by “aging infrastructure” and heavy rainfall, according to KC Water officials.

Infrastructure repairs on the sinkhole at Gillham Road near Armour Boulevard were finished on Sunday, and one lane of traffic reopened in both directions late Tuesday, the water department said in a news release.

The cost of the repairs, which included a 60-inch combined sewer main and two 10-inch mains, were estimated at more than $700,000.

“This is an example of just how much damage our aging infrastructure can cause if it fails and what it takes to repair it,” KC Water Director Terry Leeds said in the news release. “Combined with the incredibly heavy rainfall we’ve had this year, we are seeing numerous sinkholes across the city.”

Early on June 24, a driver reported a hole in the road, and KC Water crews found the 60-inch combined sewer main had failed, allowing debris and soil to enter the sewer.

As a result, the two 10-inch sanitary sewer and water mains, located directly above the sewer main, also failed.

Work will continue at the site as crews inspect the 60-inch main upstream and downstream of the collapse. KC Water said a pipe-liner will be placed inside the repaired main to prevent additional deterioration and extend the pipe’s lifespan for another 100 years.