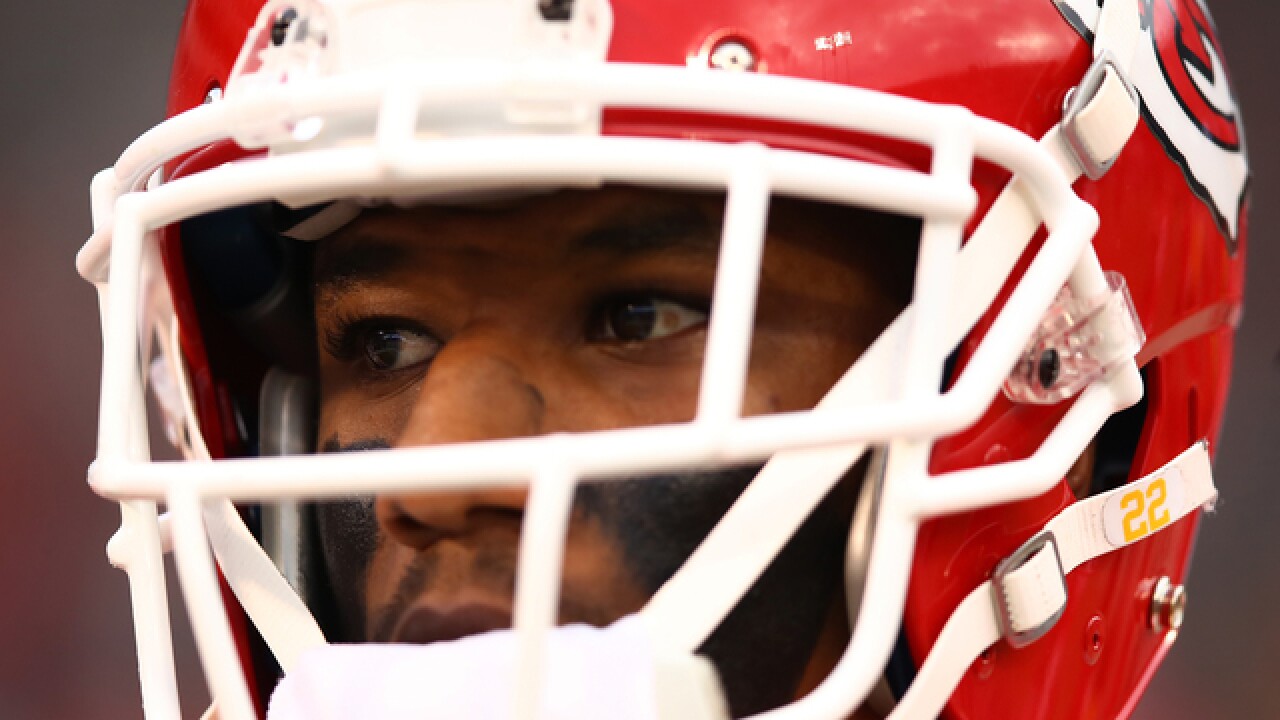 Copyright Getty Images
Ezra Shaw
<p>OAKLAND, CA - OCTOBER 19: Marcus Peters #22 of the Kansas City Chiefs looks on prior to their NFL game against the Oakland Raiders at Oakland-Alameda County Coliseum on October 19, 2017 in Oakland, California. (Photo by Ezra Shaw/Getty Images)</p>

The Chiefs were in final talks Friday with the Rams to trade the standout defensive back, according to a report from NFL Network Insider Ian Rapoport.

Adam Schefter, a longtime NFL insider, corroborated the report and said the deal could be finalized as soon as Friday afternoon.

Peters has made headlines throughout his career in Kansas City for more than his performance on the field. His involvement in the protests during the national anthem, as well as several on-field antics, made him a polarizing member of the Chiefs roster.

His talent, however, is acknowledged across the league.

The Chiefs drafted Peters in 2015, and in his first season in red and gold, he won the league's award for Defensive Rookie of the Year.

Peters was named to the Pro Bowl his rookie and sophomore season with the team, and then as an alternate in his third year.

Since the 25-year-old joined the league, his 19 interceptions are the most of any NFL player during the same timeframe.

This is a breaking story. Check back for updates.