Reward offered for info about missing son of 2 Missouri judges 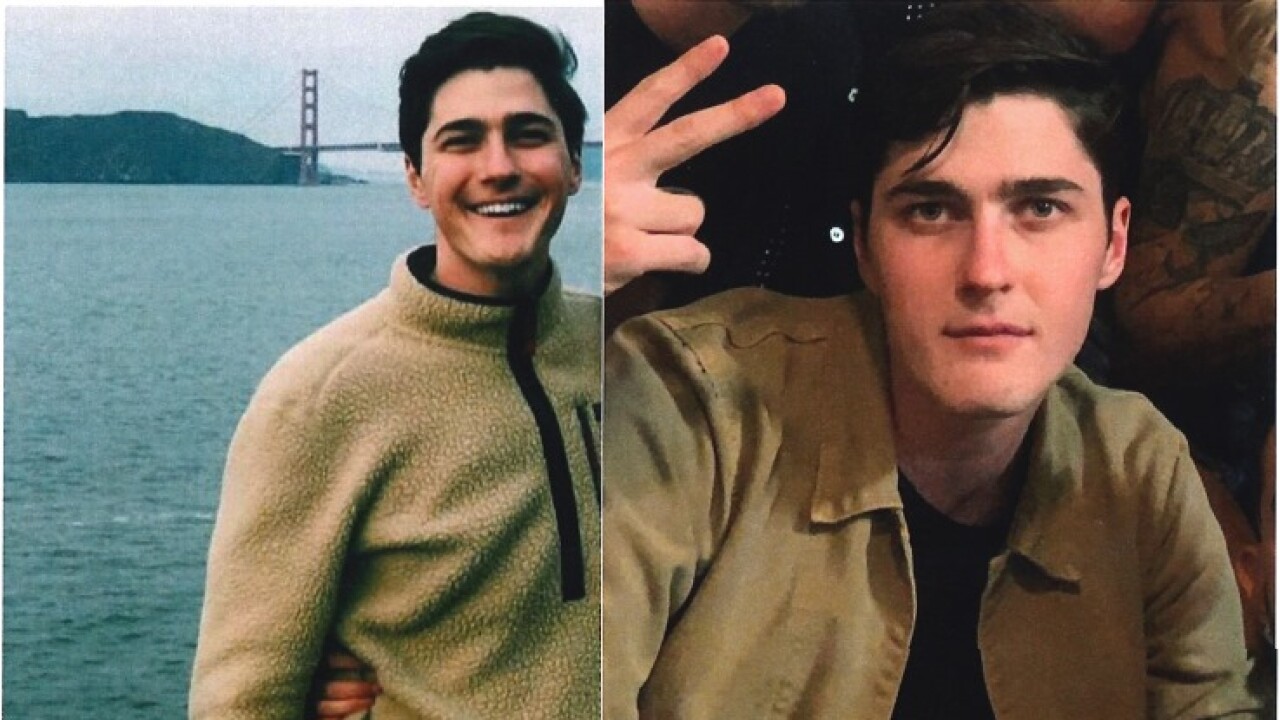 Courtesy/Sacramento Police Department on Facebook
Alex Holden, the nephew of former Missouri Gov. Bob Holden, has been missing since Dec. 31. He was last seen in the downtown Sacramento area, according to police in California. His parents, both Greene County, Missouri, judges, are in California to help search for him, according to reports.

Two Missouri judges whose 25-year-old son has been missing in California for two weeks are offering a $10,000 reward for information that helps find him.

Their son, Alex Holden, went missing in the early morning hours of Dec. 31 in Sacramento, where he worked for Amazon and has lived for about two years. His parents say his disappearance is uncharacteristic.

He also is the nephew of former Missouri Gov. Bob Holden.

"Alex, if you can hear this, I want you to know that we are looking, doing everything we can, and we're not going to stop looking until we find you," Palmietto said in the Facebook video. "I just ask everyone who's watching this, if you think you know something, you see something that could even potentially be related, please call the police department."

Anyone with information should call the Sacramento Police Department's tip line at 916-732-0100.