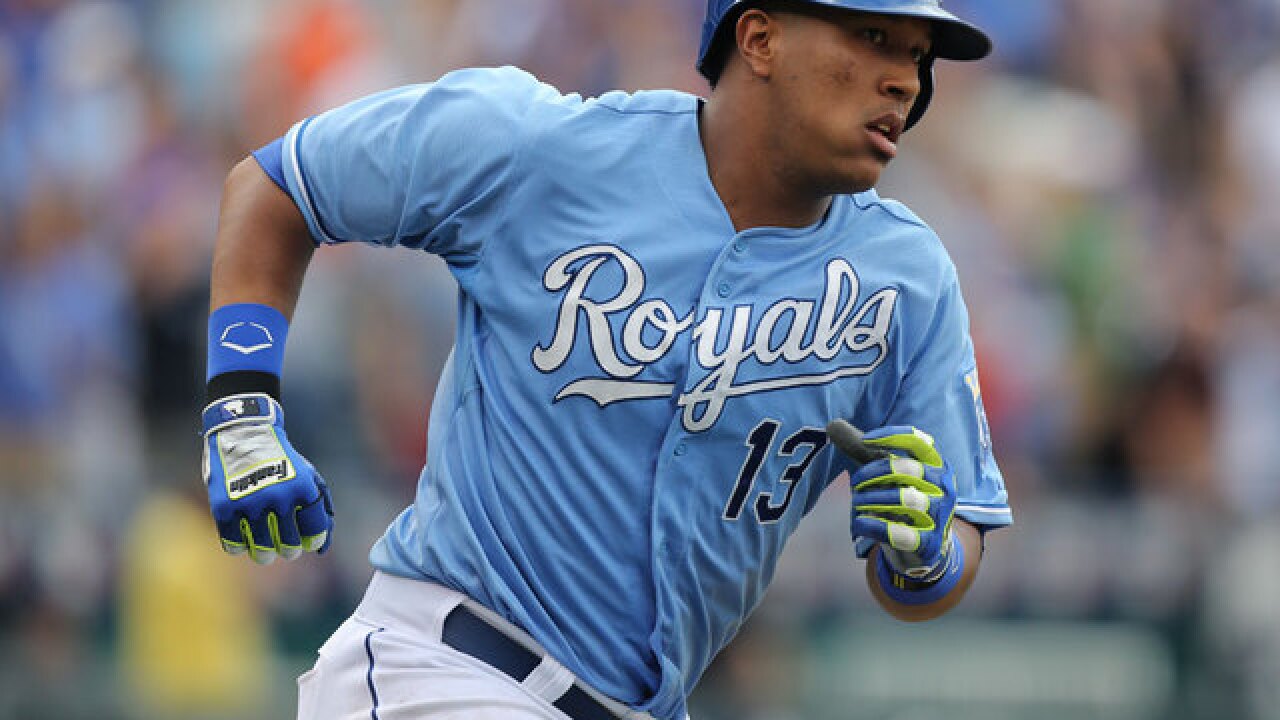 The Royals made the announcement in a Wednesday afternoon news release.

The ceremony will take place on the main stage at the club's annual FanFest event at Bartle Hall in the Kansas City Convention Center.

"I am grateful to this country for the many opportunities I have been given; including the ability to play professional baseball,'' Perez said in the release. "I thank God, my mother, my family, the Royals and all those who have supported me during this process towards becoming a United States citizen.''

Perez will be interviewed by Royals broadcaster Ryan Lefebvre.

"Our entire organization and the community of Kansas City look forward to celebrating this historic and special moment in the life of Salvador Perez,'' Dayton Moore, Royals Senior Vice President of Baseball Operations and General Manager said in the news release.

Perez, 29, is a native of Valencia, Venezuela.

Perez was selected the Most Valuable Player in the 2015 World Series won by the Royals.

He has been selected to six American League All-Star teams and has won five Gold Gloves for his defensive excellence behind the plate.

Perez missed the 2019 season after injuring the elbow in his throwing arm and undergoing Tommy John surgery.

He has played 942 games with the Royals and has a lifetime batting average of .266.

Perez has blasted 141 home runs and driven in more than 500 runs.

The biggest RBI of his career came in the 2014 American League Wild Card game against the Oakland A's.

Perez reached out and slapped a walk-off single to give the Royals a 9-8 victory in the 12-inning game.

The game was one of the most exciting in the club's history.

FanFest is open to the general public from 2 to 9 p.m. Friday at Bartle Hall in the Kansas City Convention Center.

Tickets on Friday and Saturday are $5 for youth and $12 for adults.