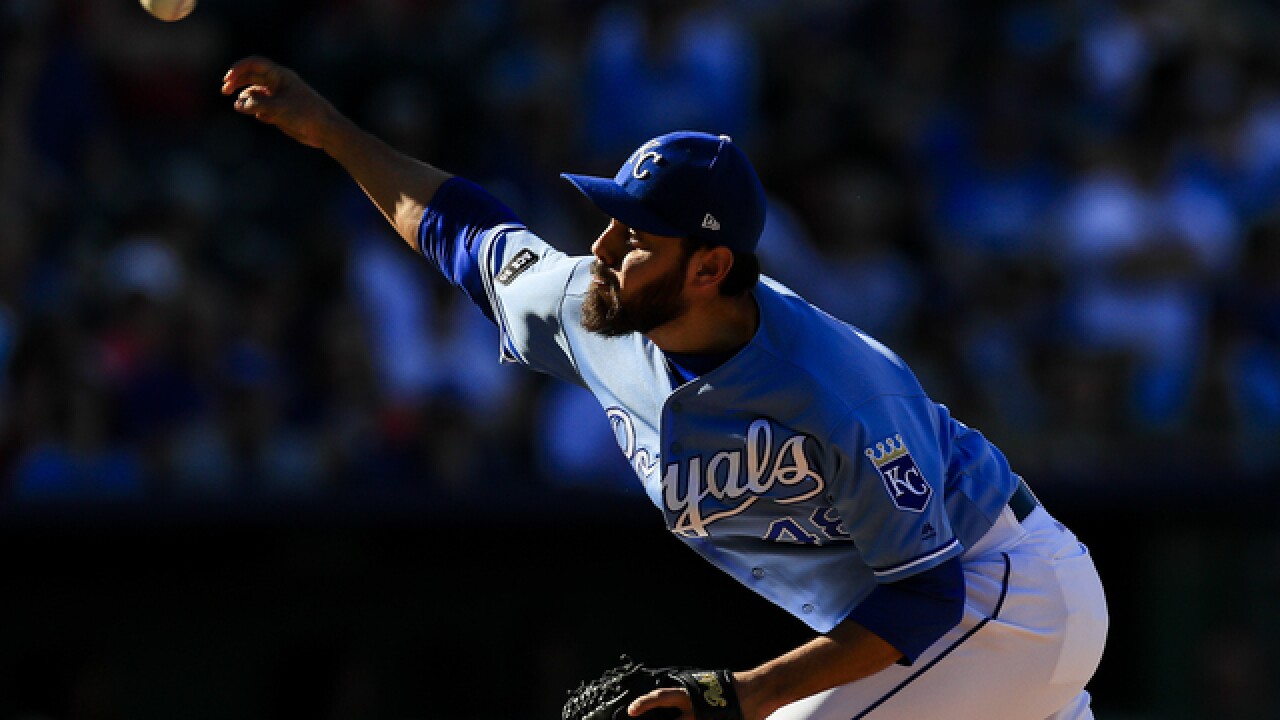 Copyright 2018 Scripps Media, Inc. All rights reserved. This material may not be published, broadcast, rewritten, or redistributed.
Brian Davidson
<p>KANSAS CITY, MO - MAY 6: Joakim Soria #48 of the Kansas City Royals pitches against the Cleveland Indians during the eighth inning at Kauffman Stadium on May 6, 2017 in Kansas City, Missouri. (Photo by Brian Davidson/Getty Images)</p>

Last year Mejia played for the Dodgers' Double-A affiliate in Tulsa. In 102 games, he batted .289 with 17 doubles, three triples and seven home runs. The 23-year-old also stole 25 bases in 29 attempts.

Also in the trade, the Dodgers acquired Alexander from the Royals and infielder Jake Peter from the White Sox.

The White Sox acquired Soria from the Royals and pitcher Luis Avilan from the Dodgers.