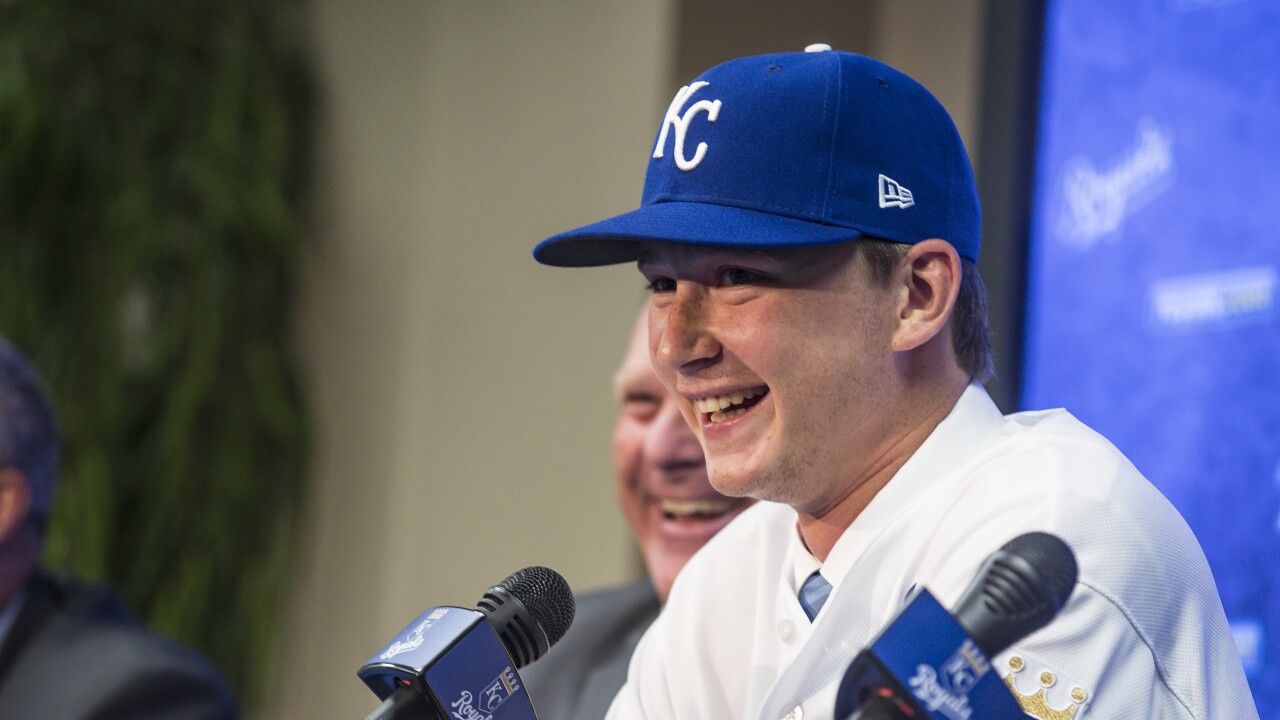 In a tweet Tuesday Singer said he wanted “to give back to the two people who have given up everything to support my brother and I.”

The tweet is accompanied by a video in which his mother, with his father watching from the next chair, reads a letter from Singer.

“The money you both spent on traveling, the gear, hotels, food and all those Gatorades I drank is much more than I could ever give you. But, there is something I want to give to you…” she reads.

His mother pauses here, reading ahead to the next sentence and momentarily unable to speak from her surprise at what it said.

“I am paying off the loan from the bank. I paid off all your debt as well,” she read from Singer’s letter in a choked voice.

Singer wrote in his tweet that he “can’t thank them enough.”

The Royals retweeted his video, writing “We have some special people in this organization.”

The gift quickly went viral with more than 35,000 retweets near noon Wednesday and making national news.