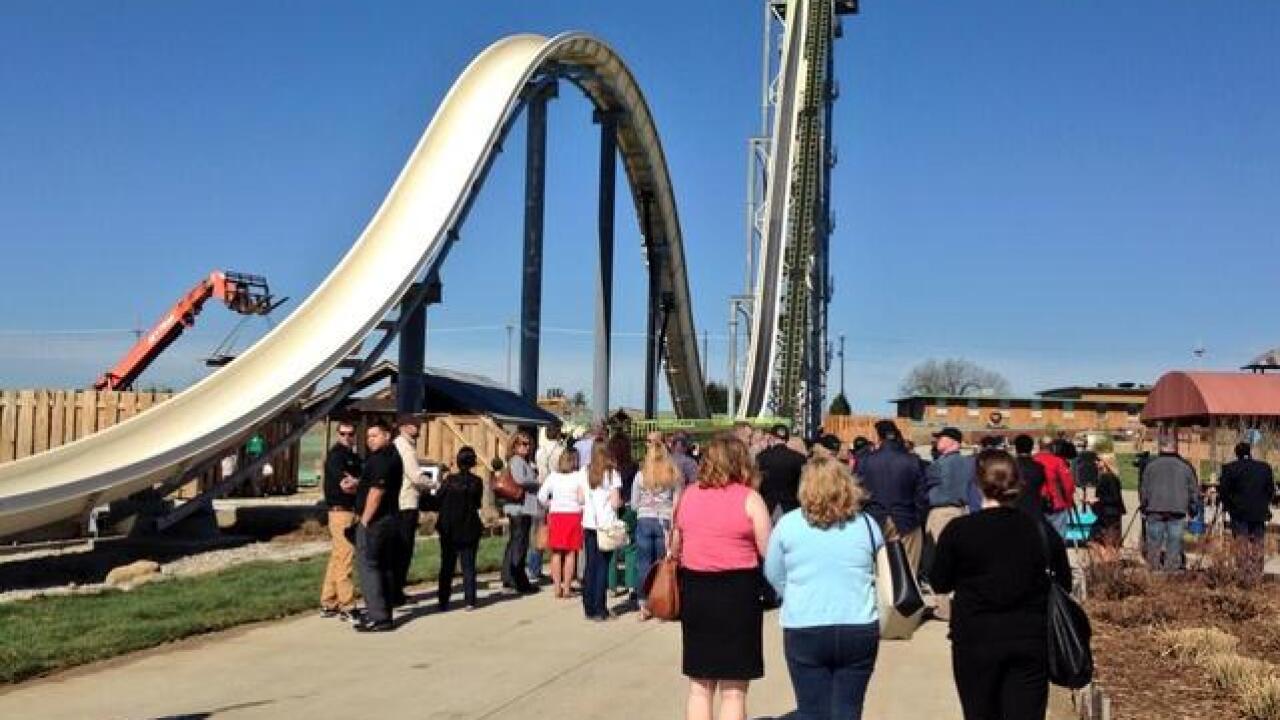 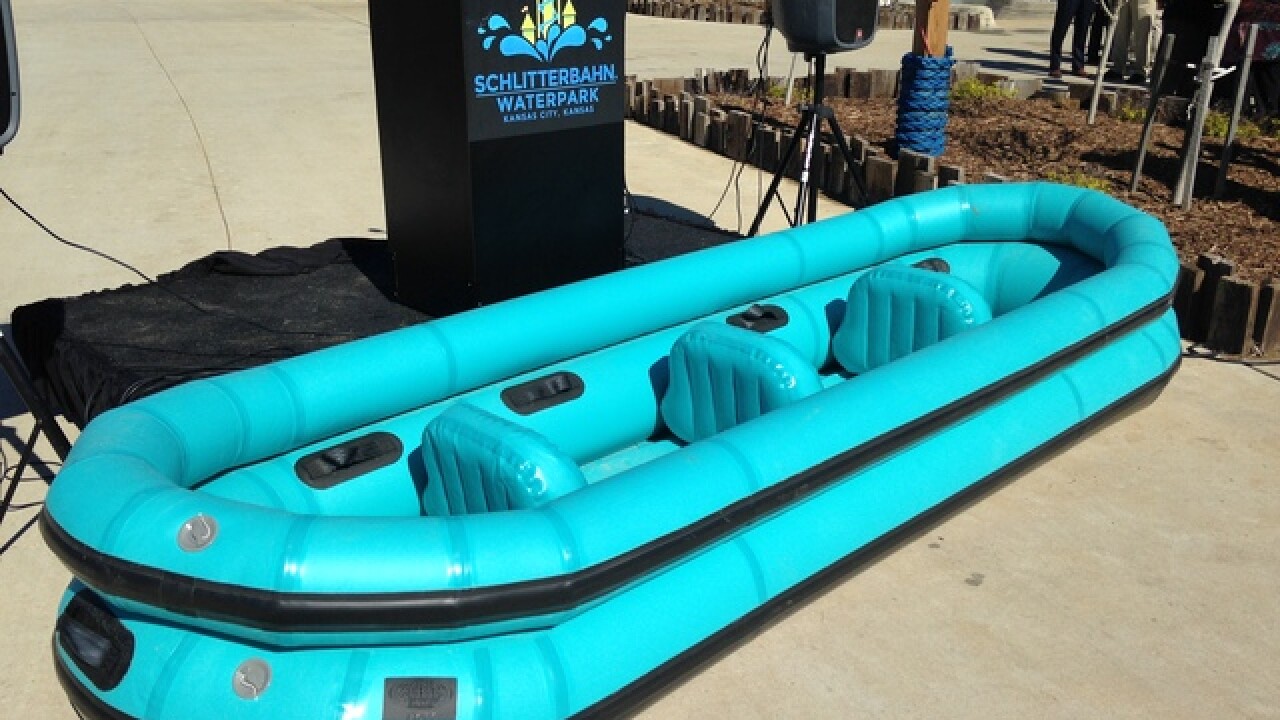 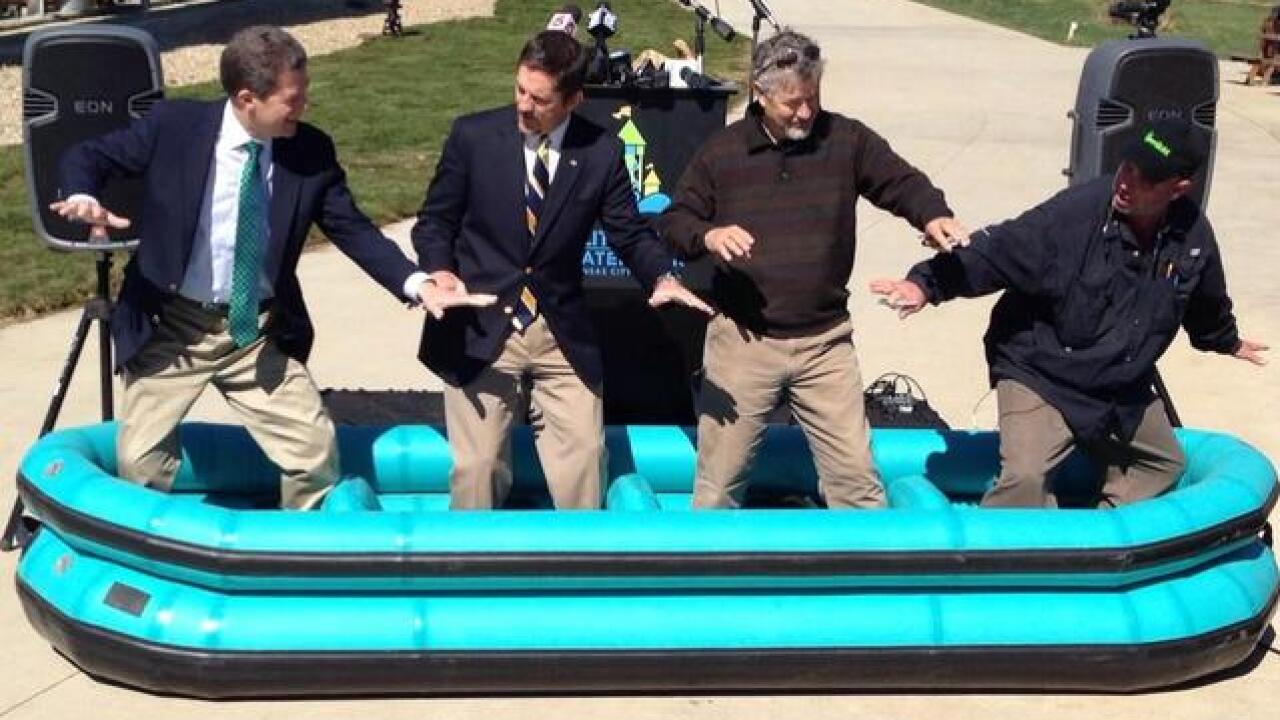 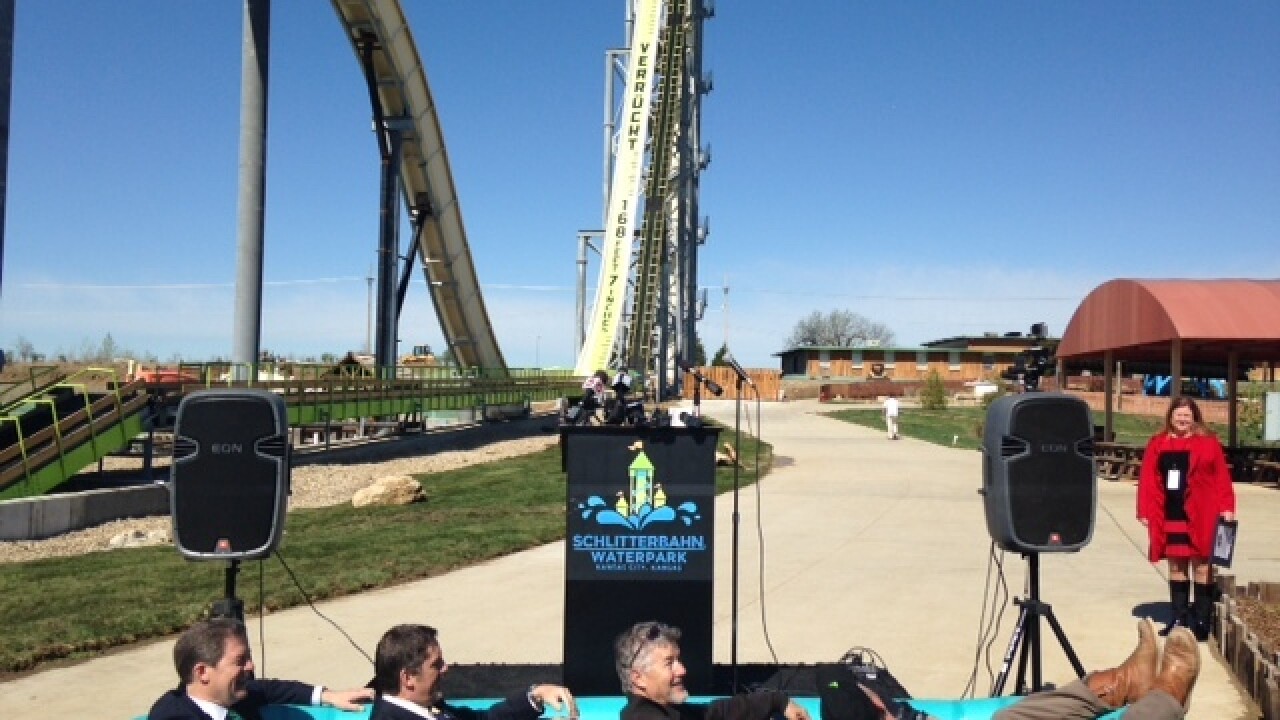 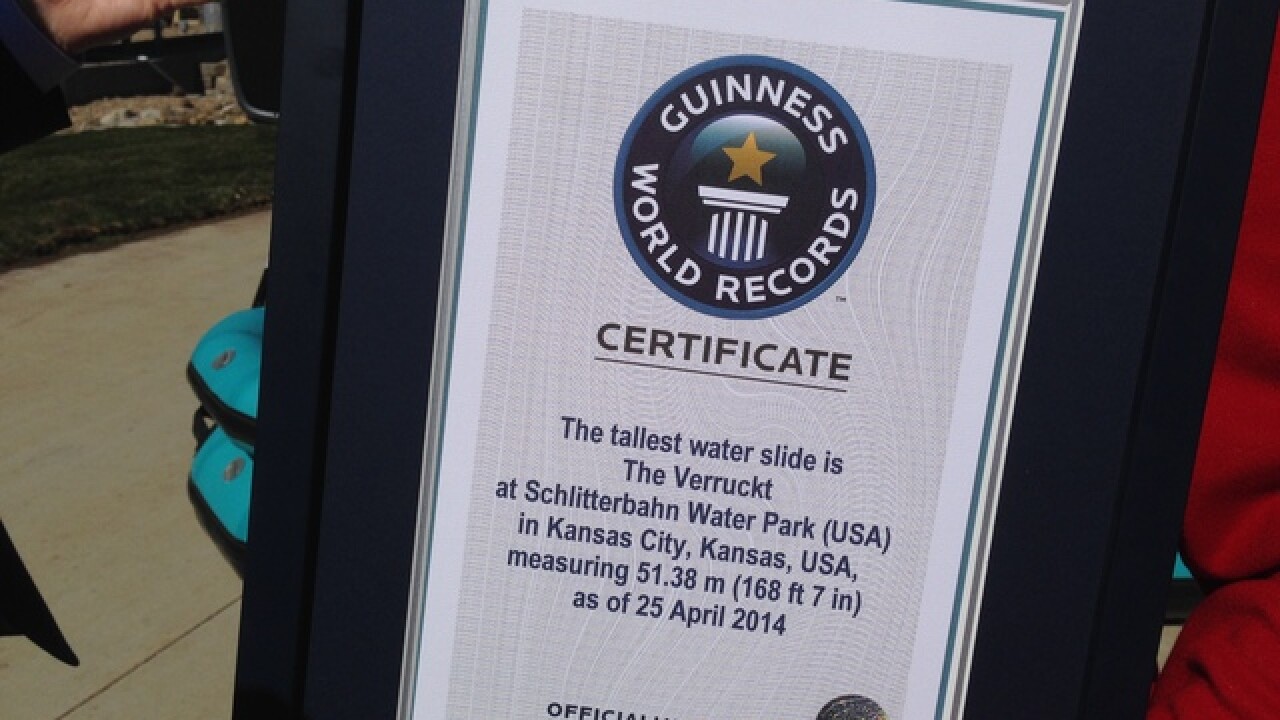 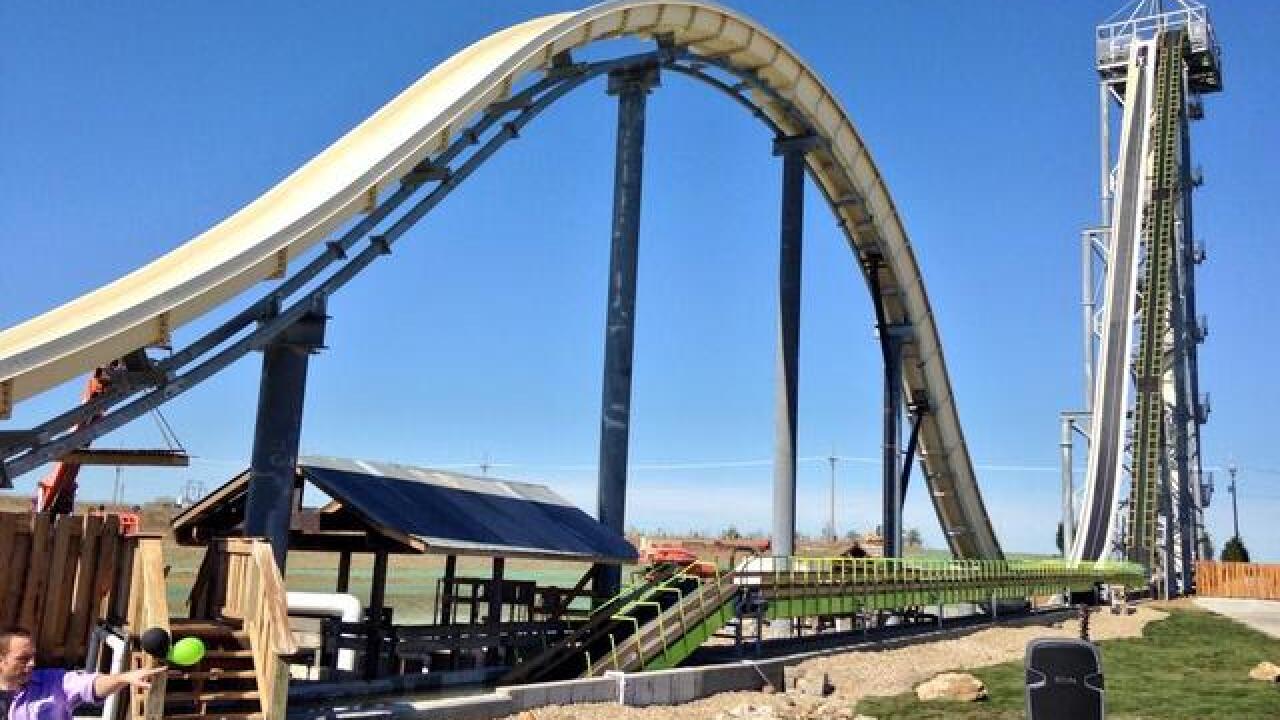 It’s official! Schlitterbahn’s newest water slide Verrückt has set the record as the world’s tallest water slide, measuring in at 168 feet and 7 inches.

The water slide is higher than the Niagara Falls, taller than the Statue of Liberty and faster than a cheetah.

Riders will strap into a four-person raft and slide down at about 60 mph. Riding over that hill in the middle of the slide is the equivalent to jumping over 21 semi trucks parked side-by-side.

The ride has a 48-inch height requirement. The slide is currently still being tested for safety and is expected to open on May 24.