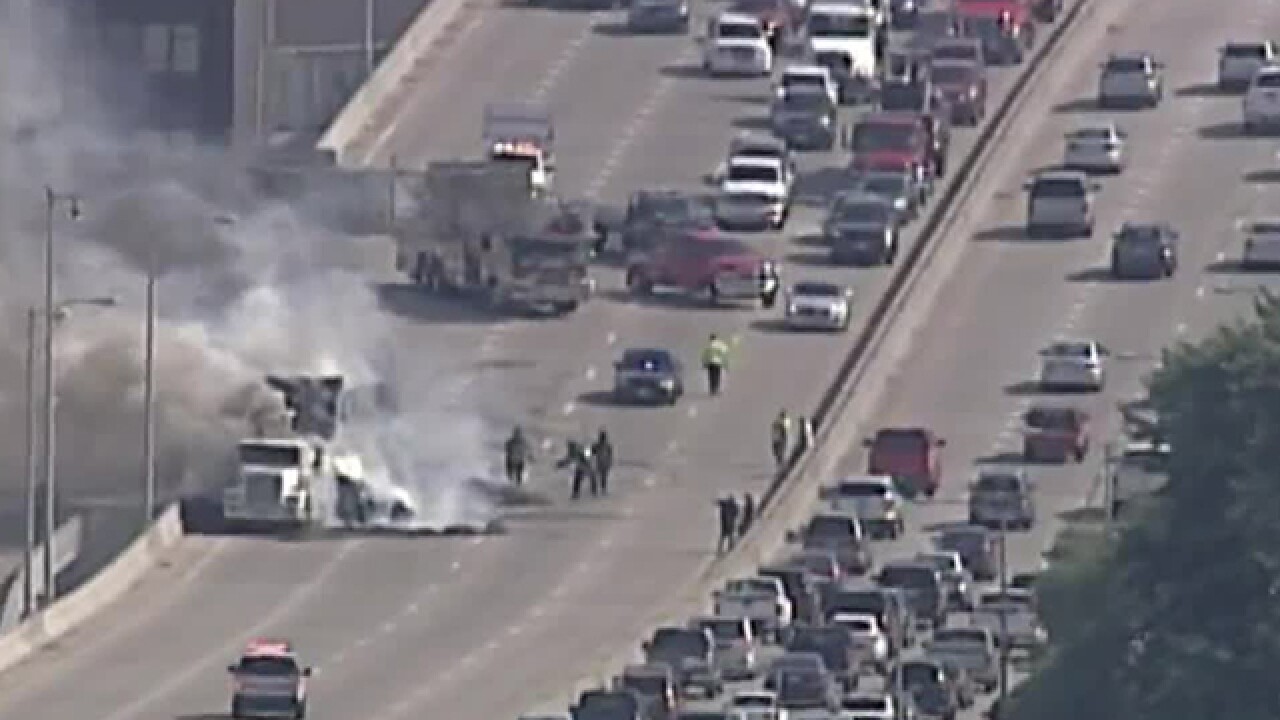 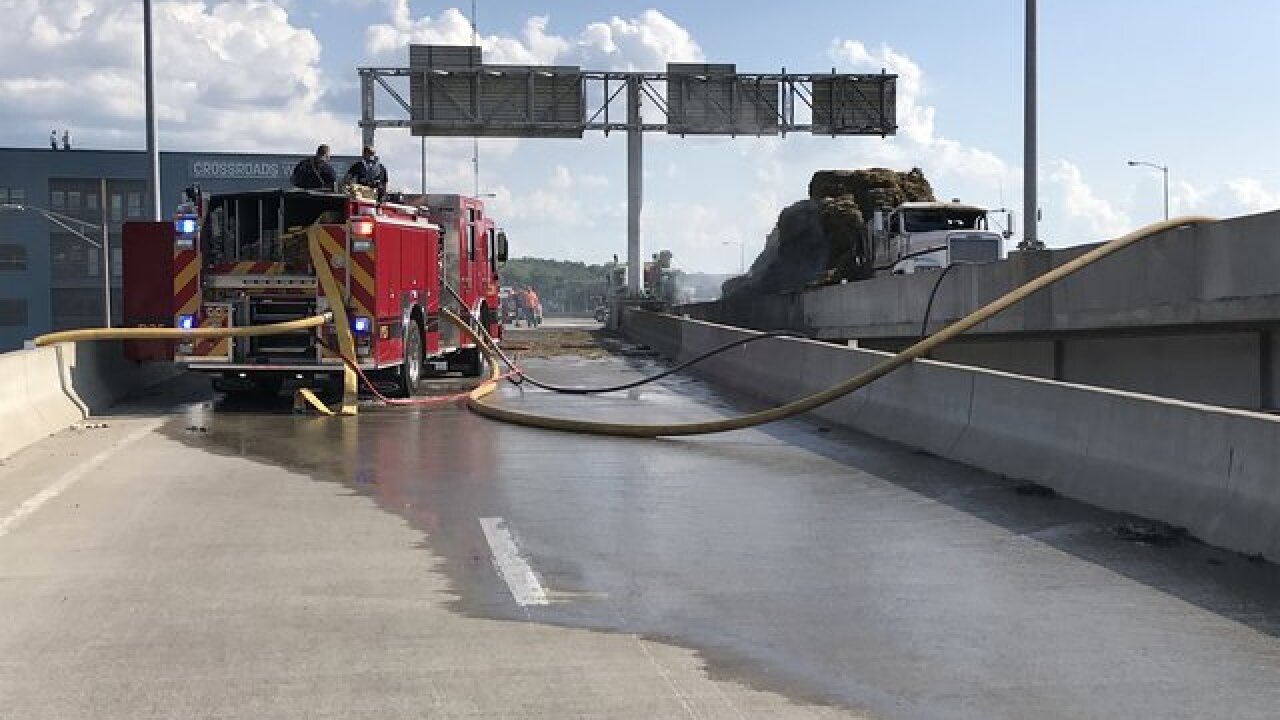 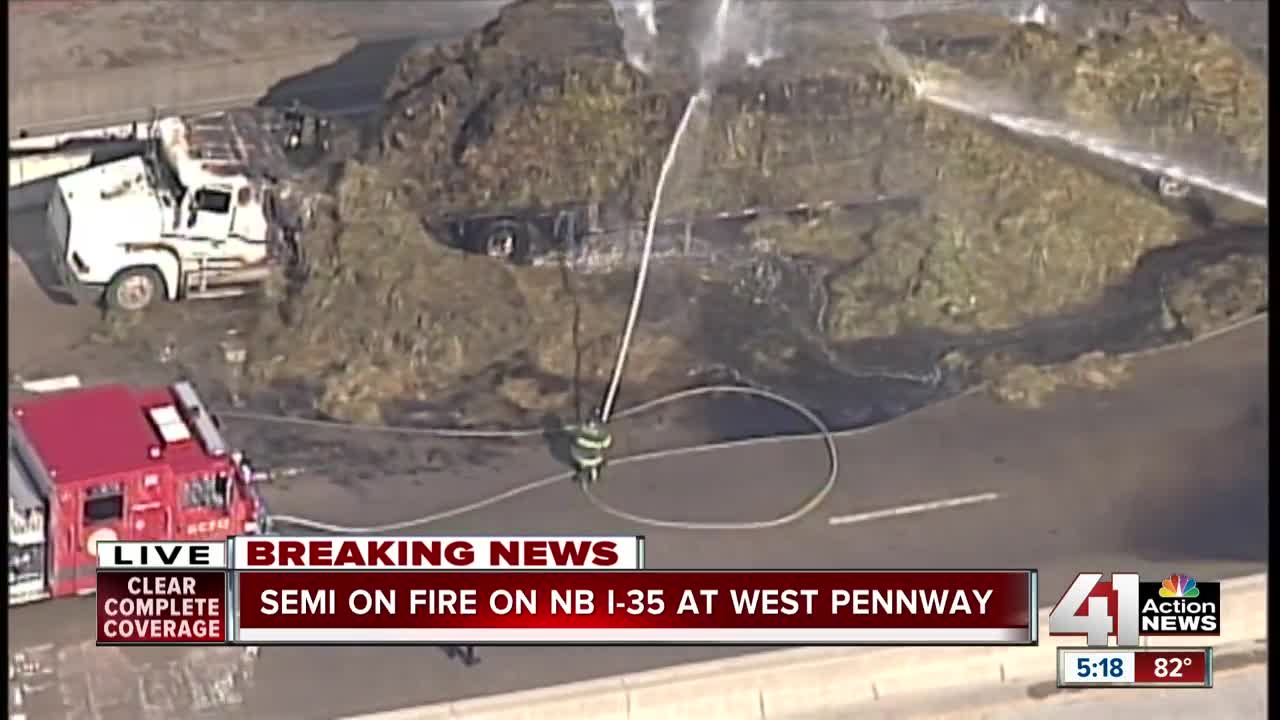 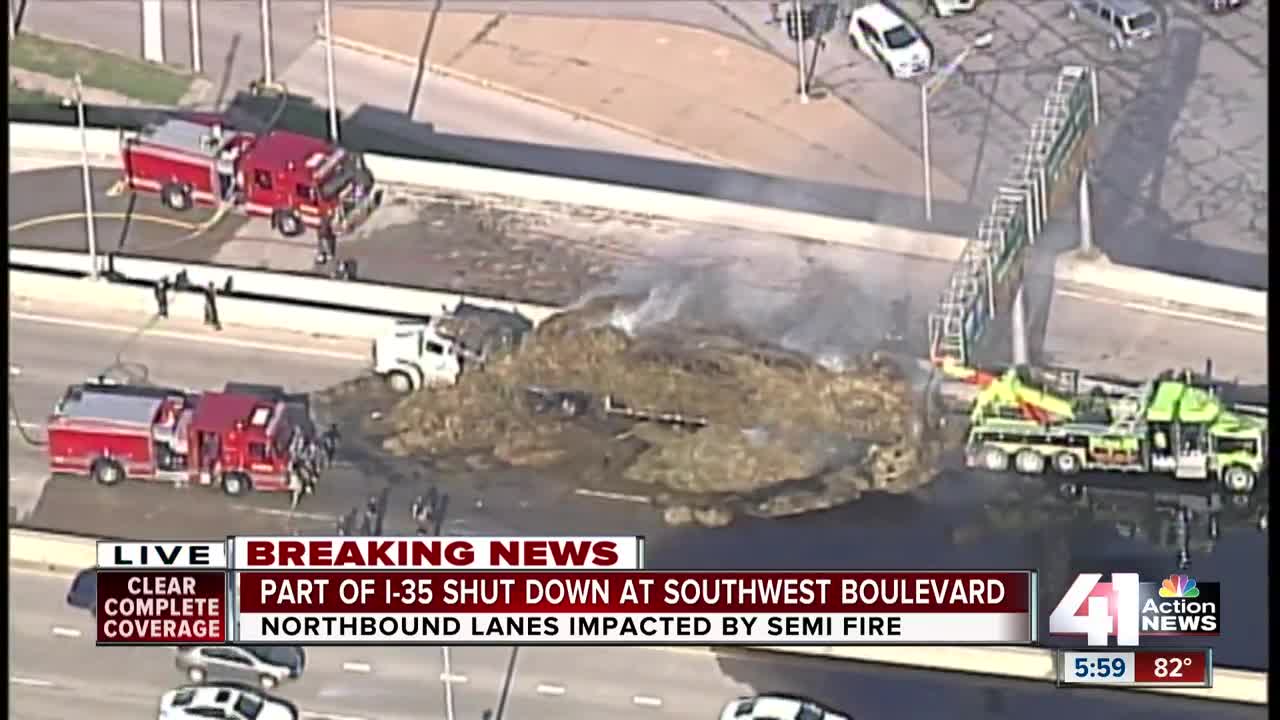 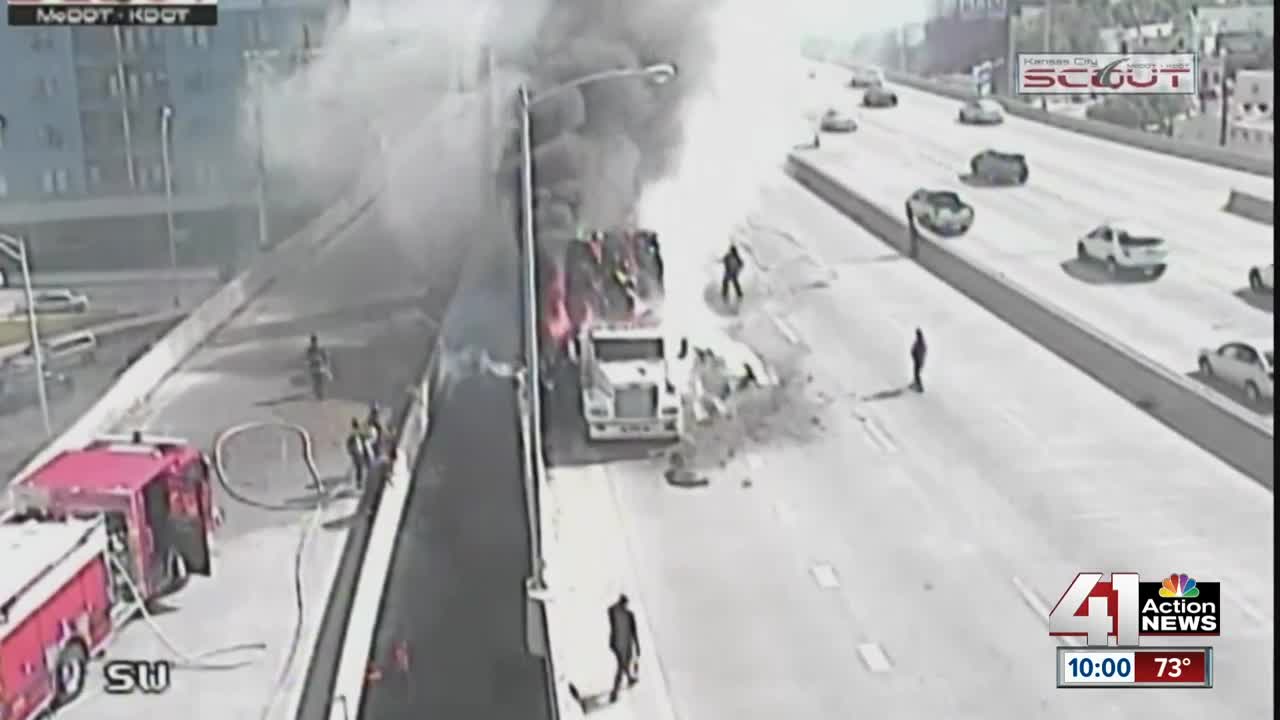 The driver, Darin Tidd, from Neosho Falls in southern Kansas told 41 Action News another driver alerted him to the flames.

“I got up here and pulled off the road and seen my truck was on fire and it was too late to get the truck unhooked from the trailer,” Tidd said.

The fire crippled traffic into downtown Kansas City at the height of rush hour.

“It was difficult because we can’t get traffic to bypass it you can’t do that safely so you got to stop everybody where they are and move them off in an opposite direction,” Sgt. Bill Mahoney with KCPD said.

Firefighters said the amount of burning hay made it a challenge.

“Well anytime you have large compacted hay it gets inside there and the only way you can actually extinguish it is to open and spread it all out and that’s an extensive operation,” Deputy Chief James Dean with KCFD said.

Caught a glimpse of one of the burned cars as crews worked to move the truck that caught on fire on I-35 nb pic.twitter.com/0CjVkTrPWA

This isn’t the first time the driver has dealt with this mess.

“Well about 12 years ago i was following a car and people threw out a cigarette and it caught the very tail end of my truck on fire,” Tidd said.

Using bobcats, crews cleared the roadway, as engineers from MODOT assessed the structural integrity of the span.

After a thorough inspection, they determined it was safe and at 7:45 Tuesday evening cars were flowing through this major traffic artery.

“Everybody did a great job in the roles and we’re just gonna keep working on it,” Mahoney said.

Fire investigators are looking into what sparked the fire.