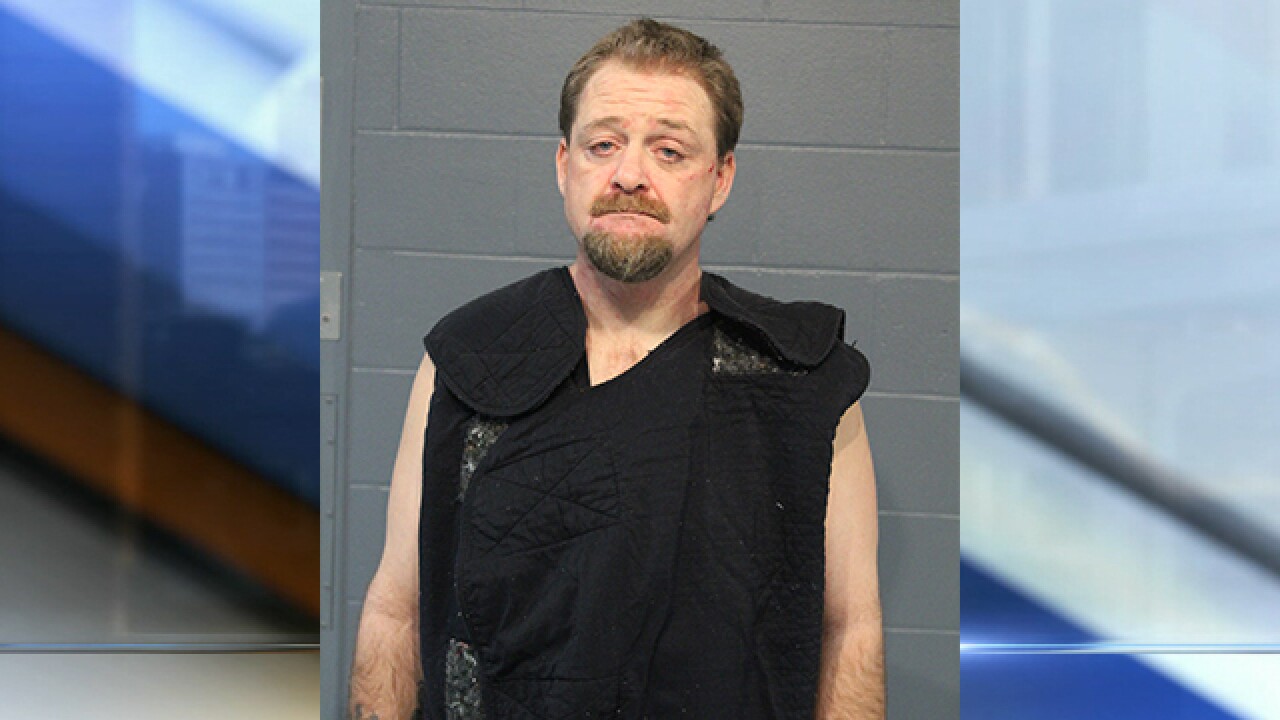 Copyright 2018 Scripps Media, Inc. All rights reserved. This material may not be published, broadcast, rewritten, or redistributed.
<p>John W. Adams</p>

KANSAS CITY, Mo. — An estranged husband with a history of domestic violence was charged with first-degree murder Saturday after a fatal stabbing incident at his wife’s Raymore, Missouri, residence.

According to the Cass County Sheriff’s Office, deputies responded to a house in the 1000 block of North Jerry St. after receiving a call about a disturbance in progress.

The woman on the phone said her estranged husband — who was identified as John W. Adams, 41, of Raymore — had broken a window, entered the house and was fighting with another man in her house.

She reported that the other man at her home — subsequently identified as Brian A. Kile, 44, of Raymore — had been stabbed with a knife during the altercation.

South Metro Fire Department emergency responders treat Kile at the scene, but he died from injuries sustained in the attack before he could be transported to a hospital.

The Cass County Sheriff’s Criminal Apprehension Unit tracked down Adams — who has been arrested four times since October 2016 for assault, including three times for domestic assault involving his wife —  at a house in the 7000 block of East 160th St. in Belton, where he was taken into custody without further incident.

The Cass County Prosecutor’s Office charged Adams with murder. He remains in custody at the Cass County Jail on a $250,000 cash-only bond.

Adams was charged with third-degree domestic assault, first or second offense, in connection with an October 2016 incident.

He plead guilty in June 2017 and was sentenced to 90 days in jail, a sentence that was initially suspended in favor of two years of supervised probation.

During April 2018, Adams was arrested again for fourth-degree domestic assault, first or second offense. He wound up in Cass County Jail in October 2018 after his probation from the first case was revoked.

Three months later in July 2018, Adams was arrested for fourth-degree assault on another individual.

Both of those cases are still pending in Cass County, where his next court appearance is scheduled for Jan. 29 in Division V.

But less than two weeks after the July 2018 assault, Adams was arrested and charged with second-degree domestic assault. He plead guilty in that case on Nov. 29 and was sentenced to seven years in jail.

However, that sentence was suspended in favor of five years of supervised probation.

Eight days after that plea, Adams, who had a full order protection taken out against him in July 2016, allegedly killed someone at the house of his estranged wife.