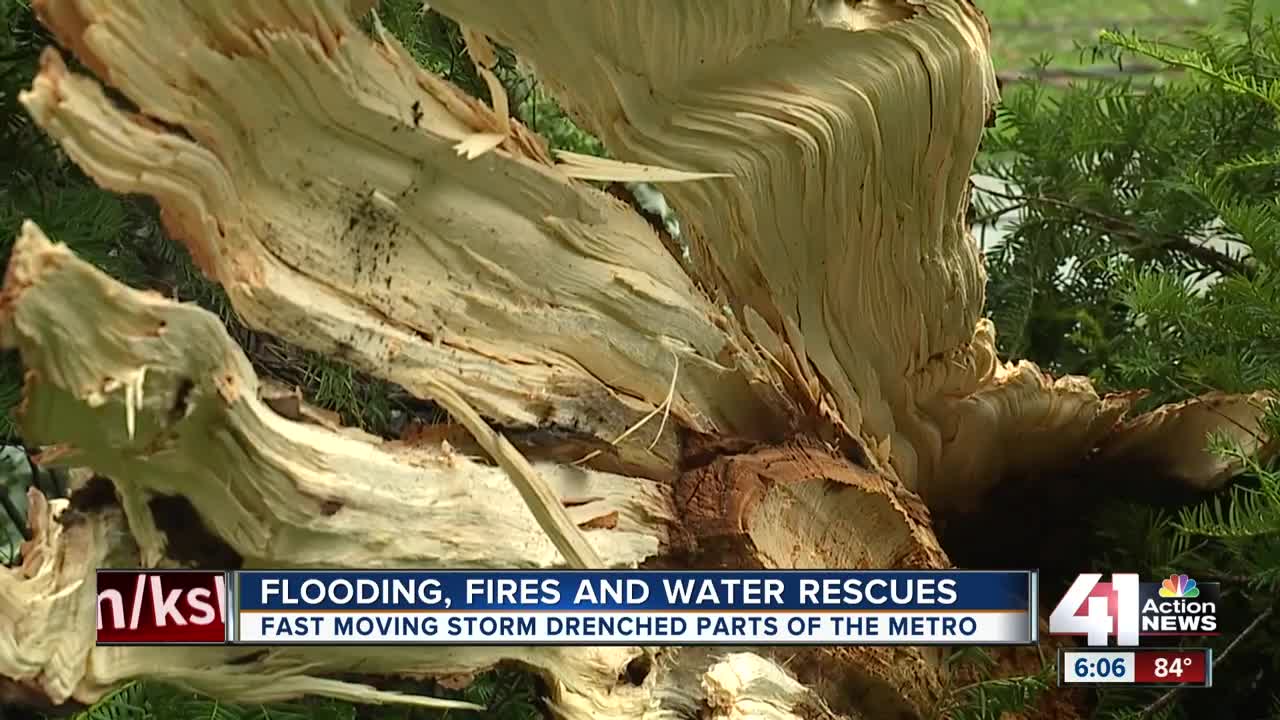 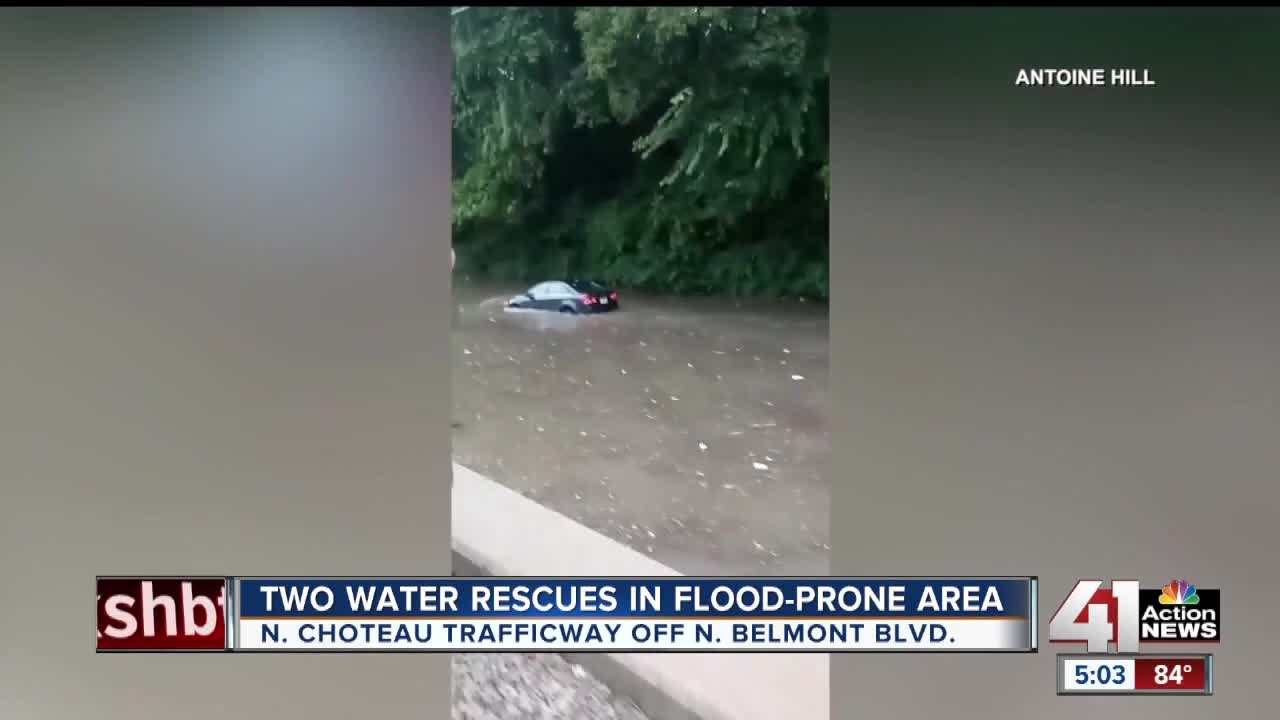 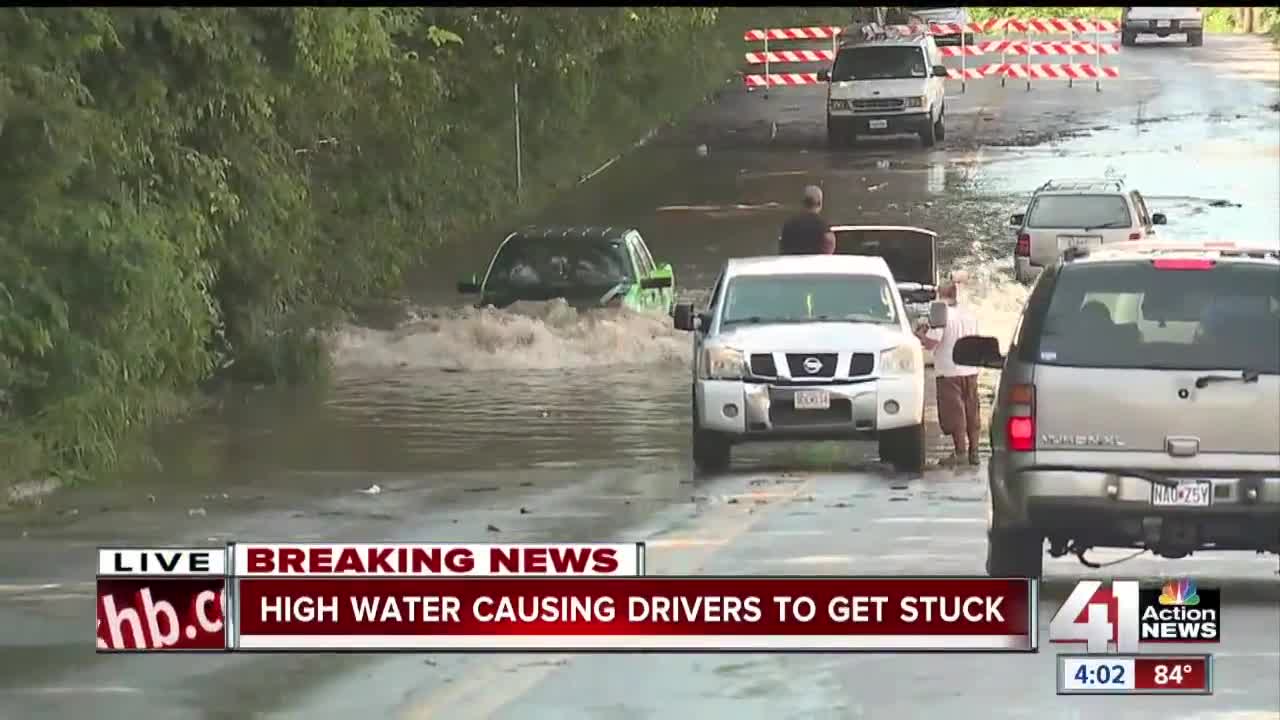 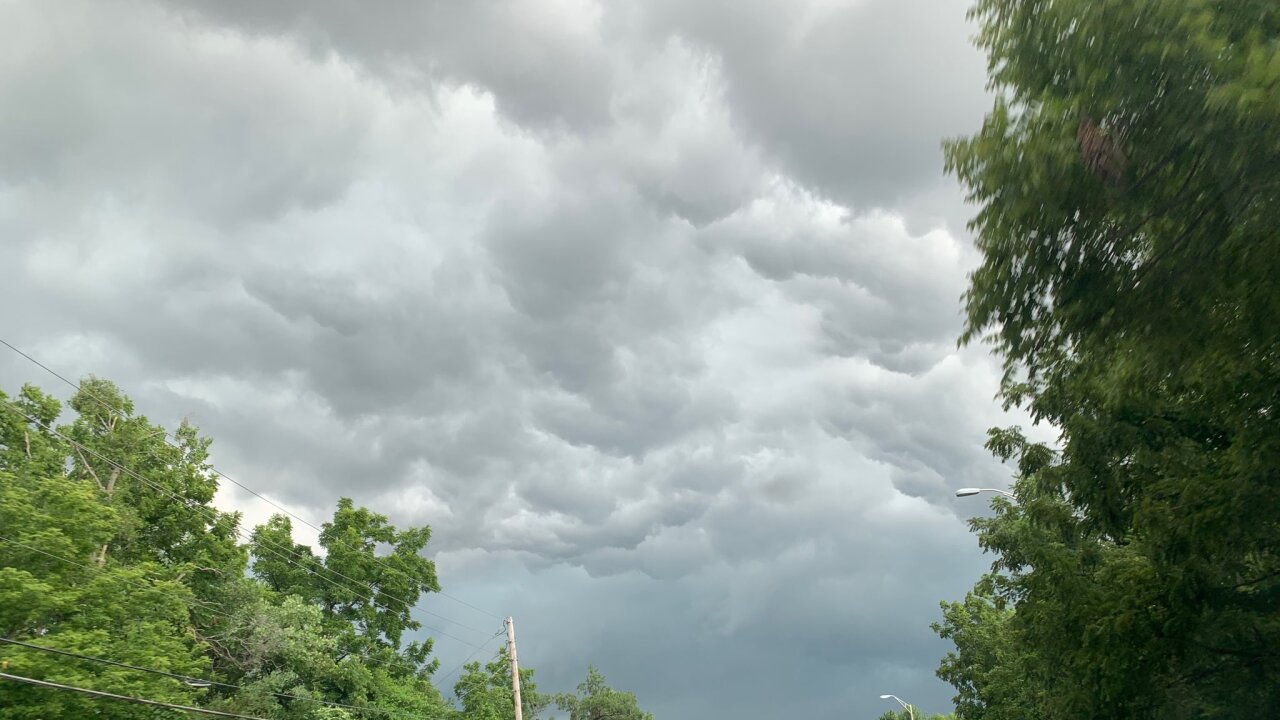 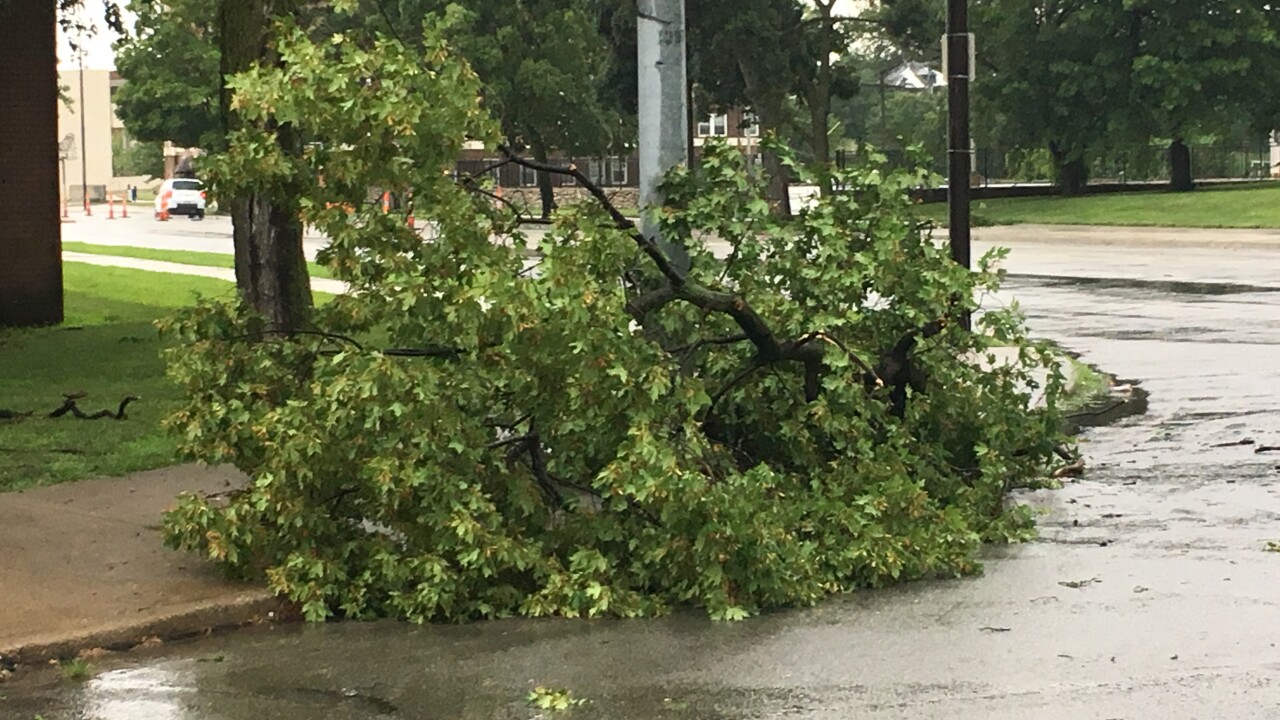 "I had my front door open and the rain was blowing and the wind was blowing," Mary Rowland, one of the KC residents whose house caught fire, said.

Rowland said a tree limb struck a transformer outside her house on Sni-A-Bar Road then she smelled smoke.

"I just opened the door and seen from where I was standing the curtains in the basement were on fire," Rowland said.

KCFD along with crews from the Raytown Fire Protection District quickly extinguished the flames.

Meanwhile, across town, several workers on North Chouteau Trafficway, including Joe Tanner, begged a driver to turn around before driving into high water over the road.

Jason St. John was live on Facebook as firefighters pulled the woman out of the car.

"It’s a normal sight for me," St. John said. "This place always floods. I mean, our power is out, so we’re just kind of hanging out — a little entertainment for the day."

Witnesses said crews had pulled a woman and child out of another car trapped by flood water earlier in the day.

It only takes six inches of water to stall out a vehicle.

As thunderstorms moved into the Kansas City metro area Wednesday morning, reports of downed trees and power outages rolled in.

On the Kansas side of the metro, several people reported trees and fences downed by strong winds.

@glezak @41actionnews view from 152/Flintlock. Check out the dust that got picked up! pic.twitter.com/uqQJp46hhW