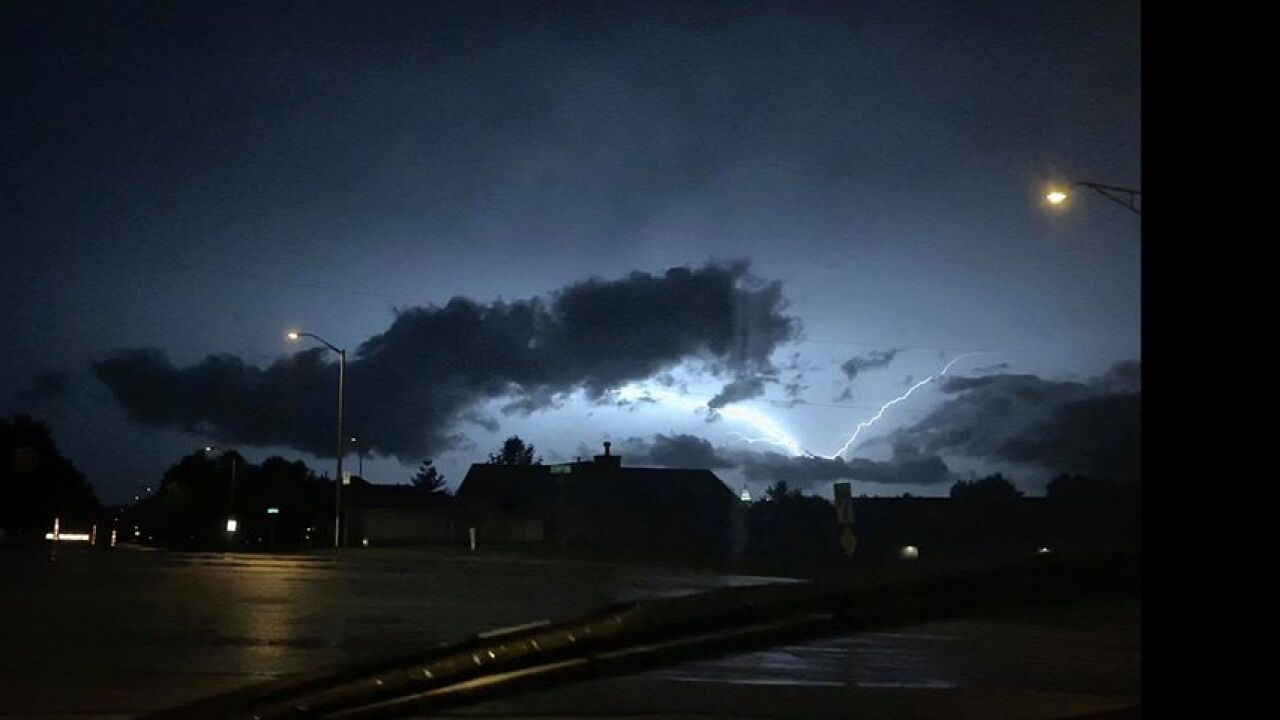 Copyright 2019 Scripps Media, Inc. All rights reserved. This material may not be published, broadcast, rewritten, or redistributed.
Sozan Ali 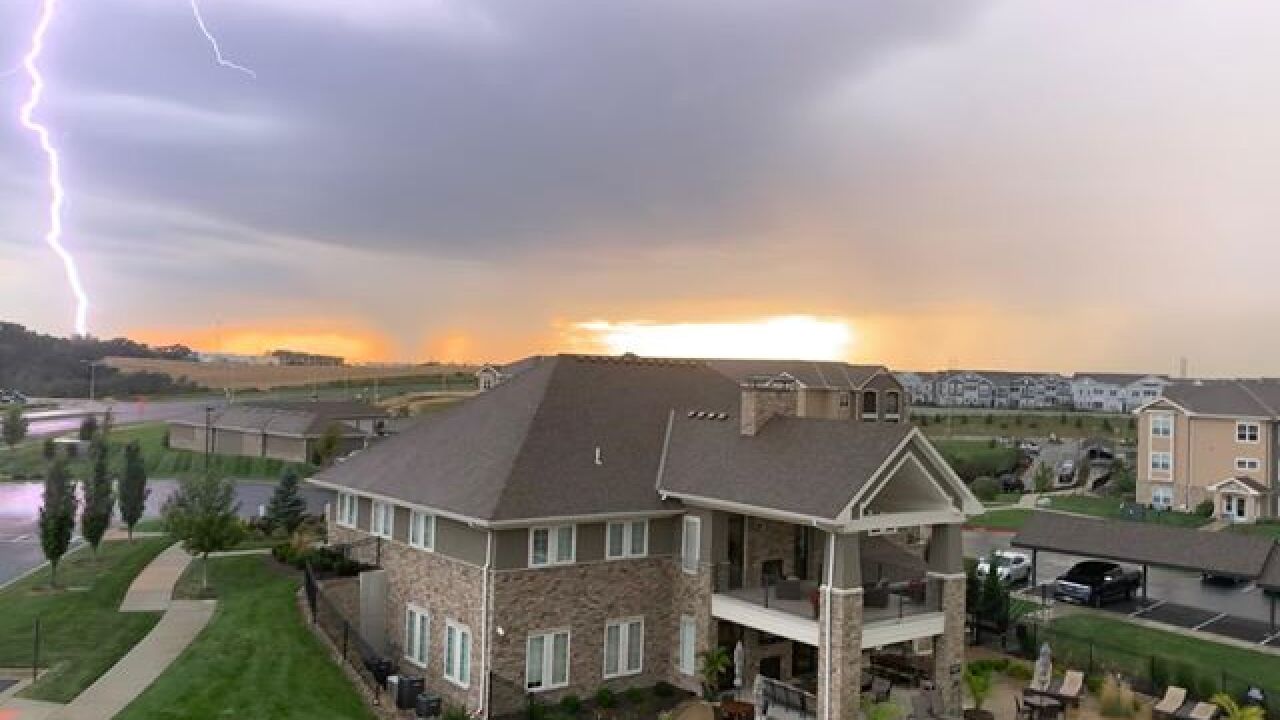 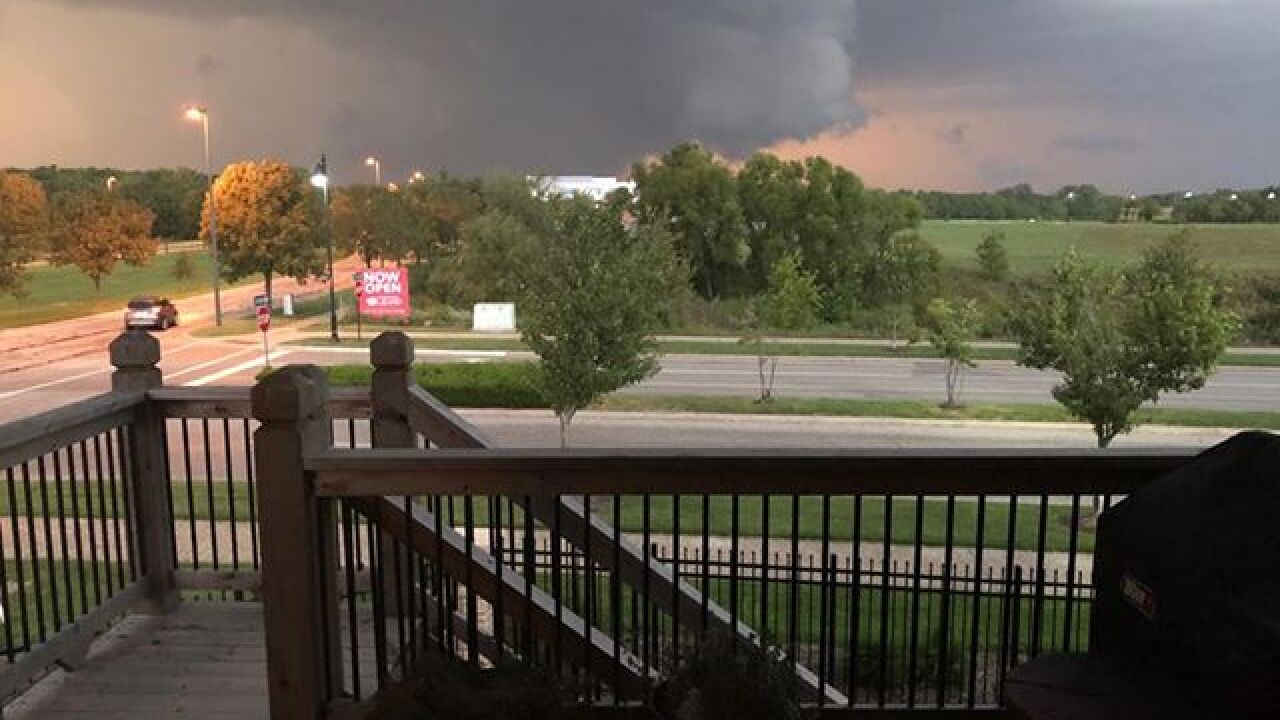 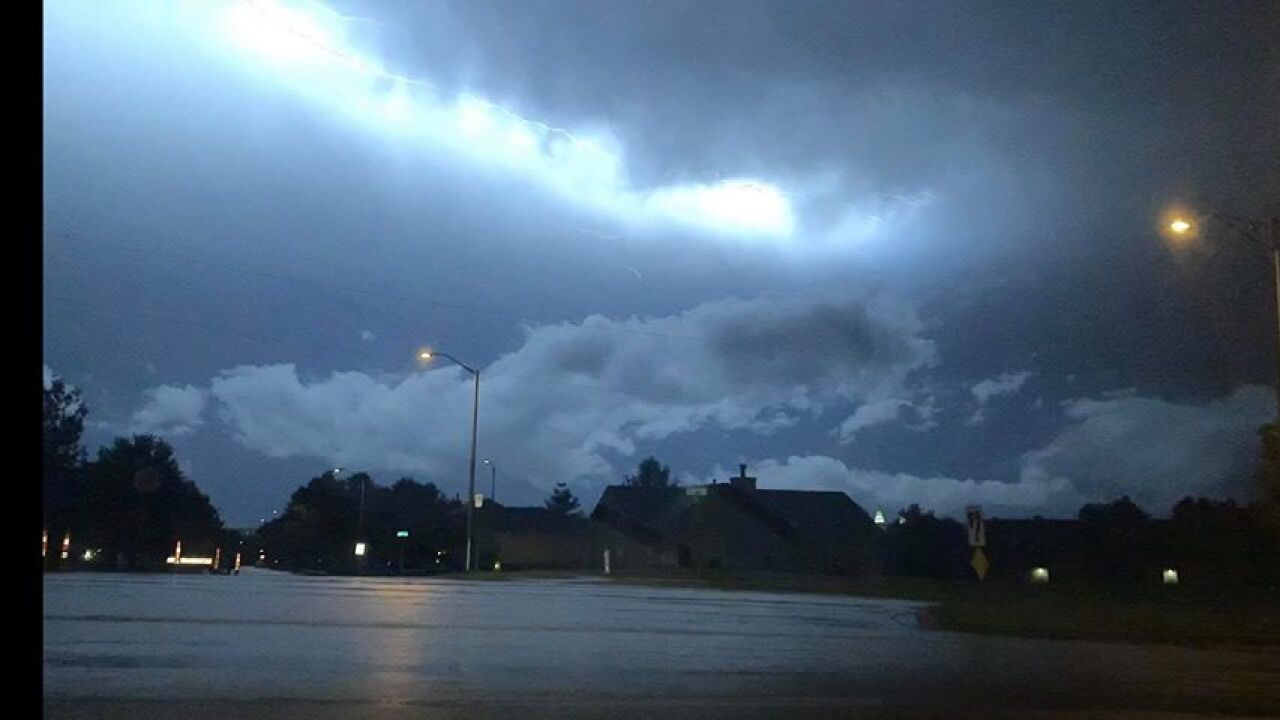 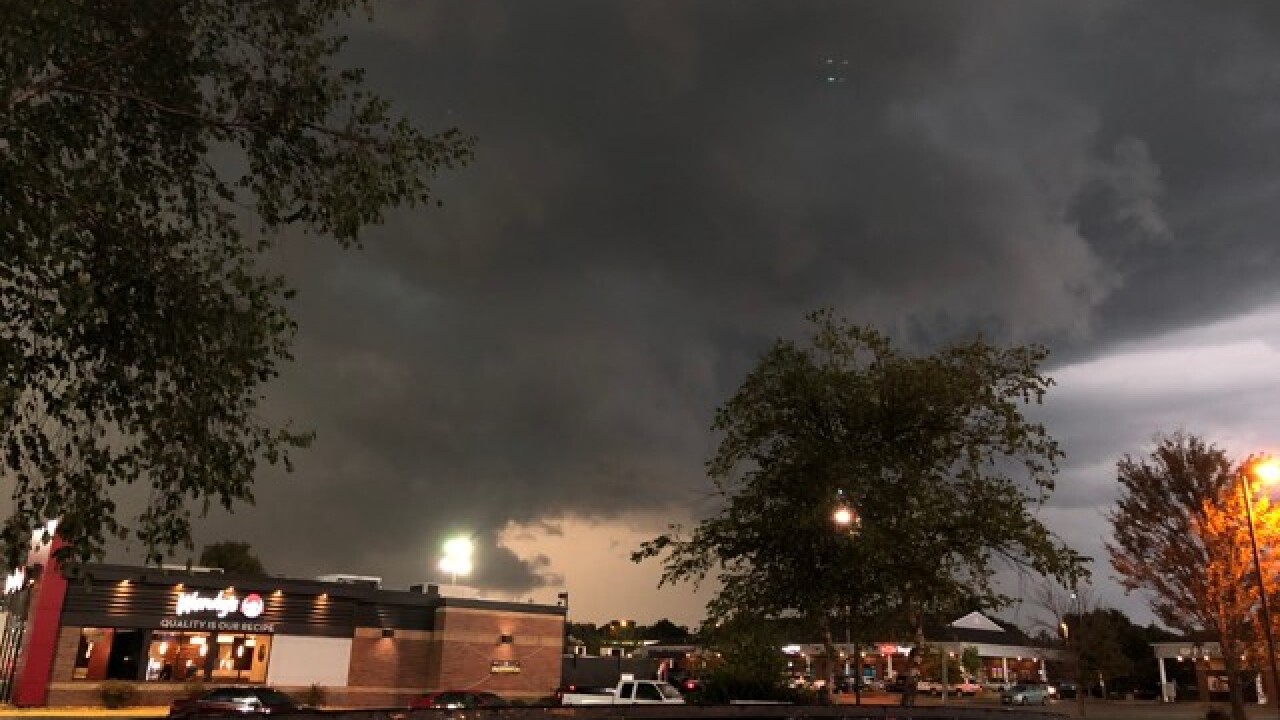 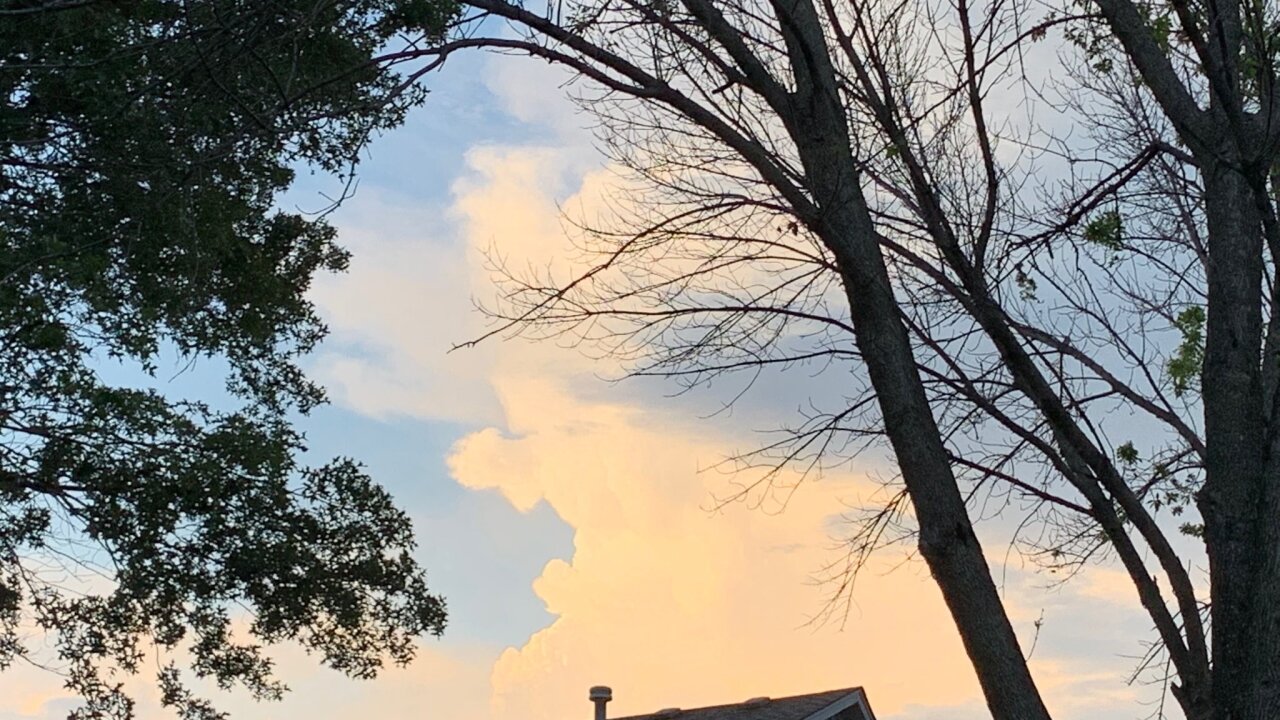 KANSAS CITY, Mo. — Severe weather is rolling into the Kansas City area and the gloomy forecast already is having an impact on travel and weekend plans.

The Liberty Fall Festival announced that it would close for the remainder of the evening around 6:30 p.m. due to the weather.

Due to the Severe Weather Warning in the Liberty area the Liberty Fall Festival is closing for the remainder of the night!! pic.twitter.com/iVenqWLszx

Within minutes, the National Weather Service in Pleasant Hill reported that half-dollar-sized hail had arrived at Kansas City International Airport.

Half-dollar sized hail now being reported at the KCI with that severe storm in Platte Co.

Shortly before 7 p.m., a spokesman for KCI told 41 Action News that no planes were taking off or landing due to the hailstorm.

The entire KC area is under a severe thunderstorm watch until 2 a.m. Saturday with tornadoes and tennis-ball-sized possible. Wind gusts up to 75 mph also are possible with the approaching storms.

Severe thunderstorm watch #666 (we are hoping that is not a bad omen) has been issued for most of the area including the KC Metro through 2am. Details below... pic.twitter.com/Ew0QR8Uxw4

Lansing, Smithville, Parkville, Kearney and Excelsior Springs were among the cities placed under a flash flood warning until 9:45 p.m., according to a tweet from the National Weather Service.

Shortly before 8 p.m., a radar-indicated tornado was prompted a warning from the National Weather Service in Topeka for southern Douglas County and parts of Franklin and Osage counties until 8:30 p.m.

The tornado warning for Franklin and Osage counties quickly expired, but the warning remained in effect until 8:22 p.m. in Douglas County.

That tornado didn’t want to mess with us. https://t.co/3UzDsr1gE2

As the storm moved east, Gardner, Olathe, De Soto and Bonner Springs were placed under a severe thunderstorm warning until 9:30 p.m. as a storm capable of producing 60 mph winds and pea-sized hail roared into the Kansas City suburbs.

Liberty and Gladstone were among the towns placed under a severe thunderstorm warning under 7:45 p.m. by the National Weather Service.

Eventually, the thunderstorm warning was extended to 10 p.m. and included parts of Jackson County on the Missouri side, including Grandview and Raytown.

The storm continued to carve a path directly across the metro, rolling through Grain Valley, Oak Grove, Buckner and Odessa as it moved away from the metro after 10 p.m.

Meanwhile, the aftermath of the torrential rain left flash flooding in its wake.

The Royals announced Friday afternoon that its game Saturday had been moved up to 1:15 p.m.

Ticket holders “who are unable to attend due to the time change will be emailed a ticket voucher for a 2020 regular season game, excluding Opening Day,” the club said in a statement announcing the time change.

Severe storms Friday evening forced the opening game of the series to be called in the seventh inning.

Tonight's game has officially been called in the middle of the seventh inning due to rain.

This story will be updated throughout Friday night as new storm-related news occurs.