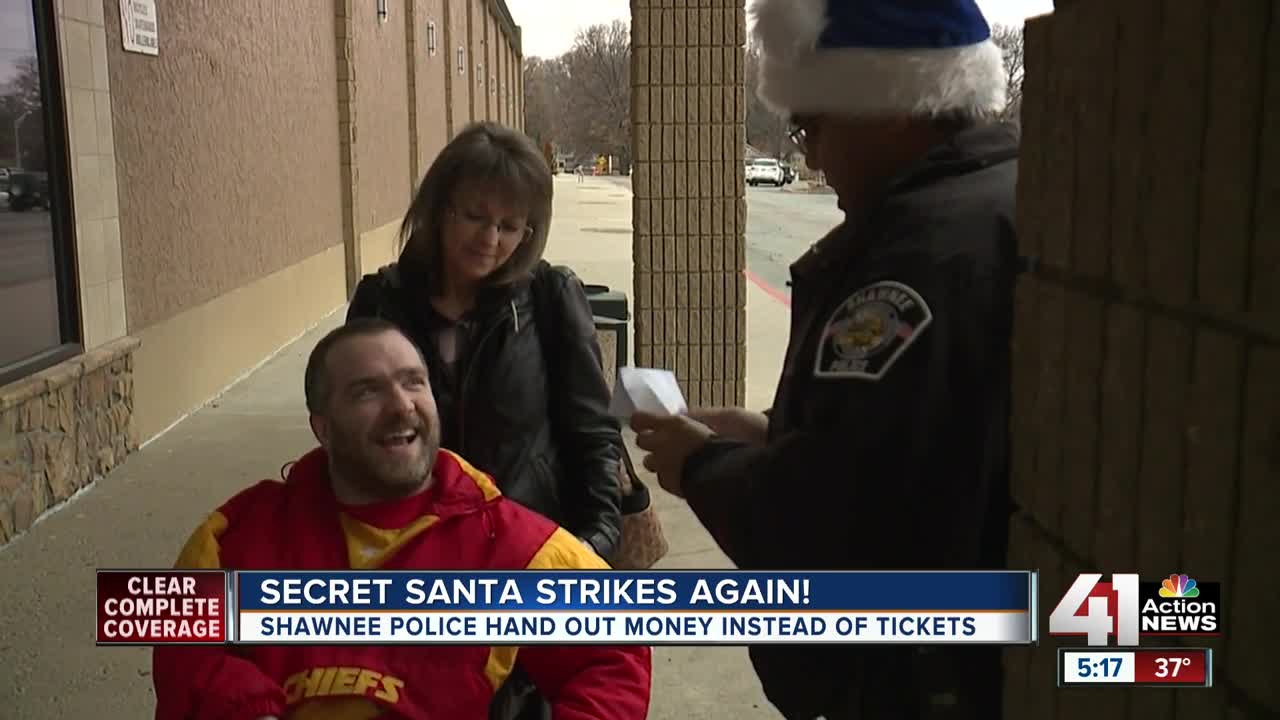 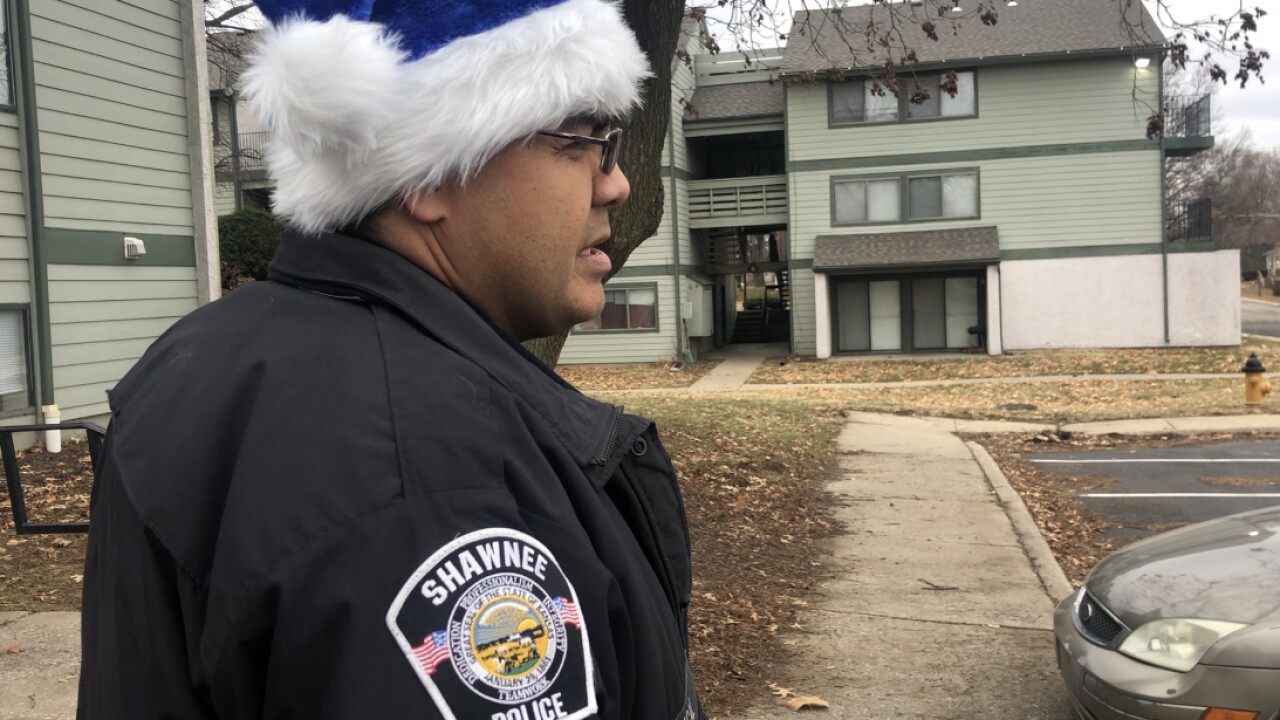 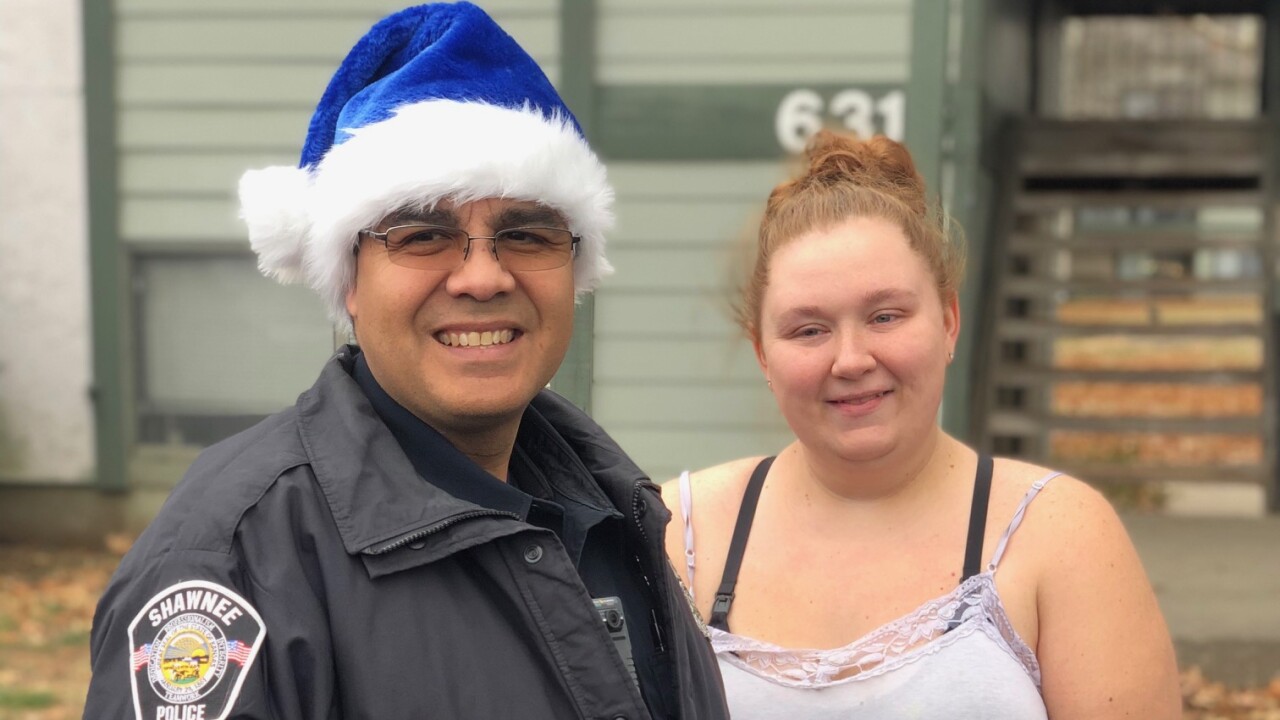 It's a sweet surprise. This week, Shawnee police are helping a local Secret Santa spread some holiday cheer.

For the fourth year in a row, an anonymous donor asked officers to help him hand deliver thousands of dollars in $100 bills.

"I'm just wondering, if one of those would be something you would like," said Madrigal.

Days after having surgery, Leslie and Michael Hall were out and about doing some last minute Christmas shopping. With an unexpected surprise, the two can add a few more things to their list.

"Oh my gosh, this has never happened, I'm so excited," said Leslie Hall.

Patrolling the streets of Shawnee, Madrigal decided to surprise someone at a local apartment complex.

"A knock on the door and a police officer is here and I'm like, 'What's happening?'" said Jessica Price.

Price was confused at first. The mother of four explained how she had recently been down on her luck. Madrigal expressed how he was only their to help lift her spirits.

"Secret Santa, it's awesome, it's never happened before," said Price.

Shawnee Police said they have seen the Secret Santa before, but do not know his name.