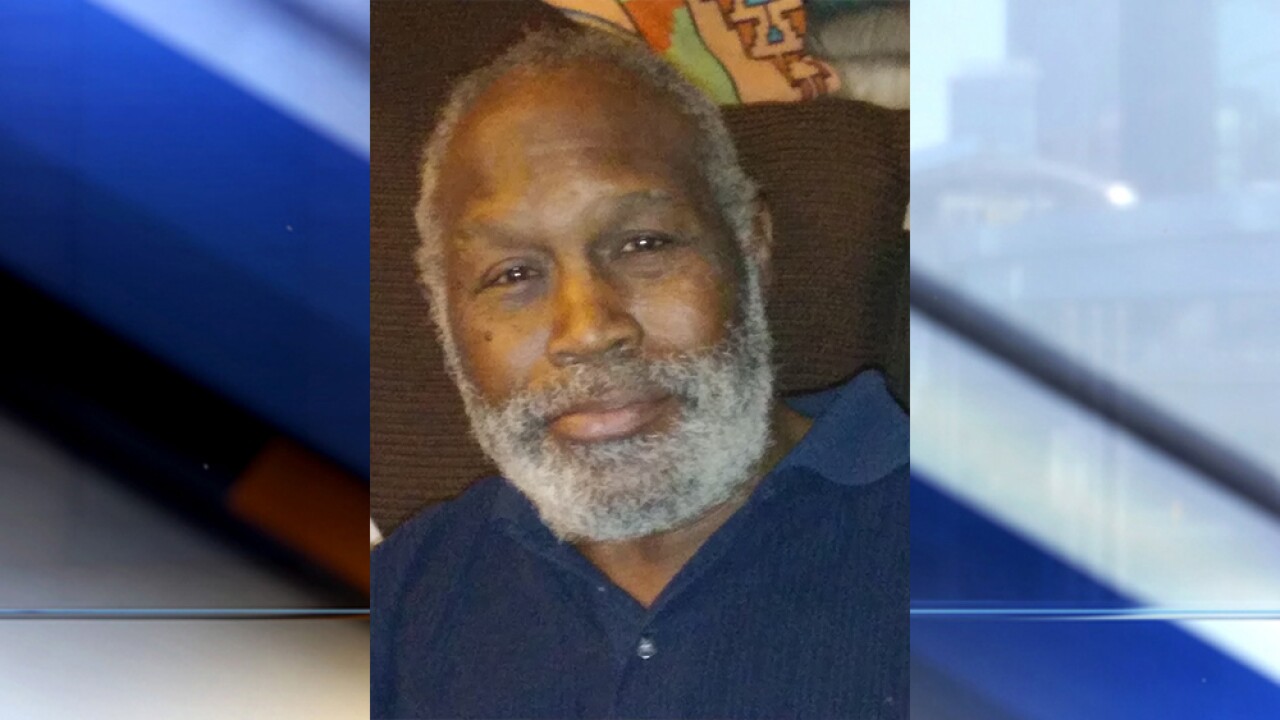 ORIGINAL | A Silver Alert was issued Monday for a 65-year-old man with dementia, the Independence Police Department said.

Lavelle R. Davis was last seen around 8 a.m. Monday in the 100 block of South Crysler Avenue in Independence, Missouri.

Davis left the area on foot without his cellphone, police said.

Davis is 5 feet 10 inches tall and weighs 170 pounds. He has gray hair and brown eyes. He was last seen wearing a burgundy leather jacket, a two-tone gray shirt, black jeans and white shoes.

Anyone with information on his whereabouts is ask to dial 911 immediately or call the Independence Police Department at 816-325-7300.