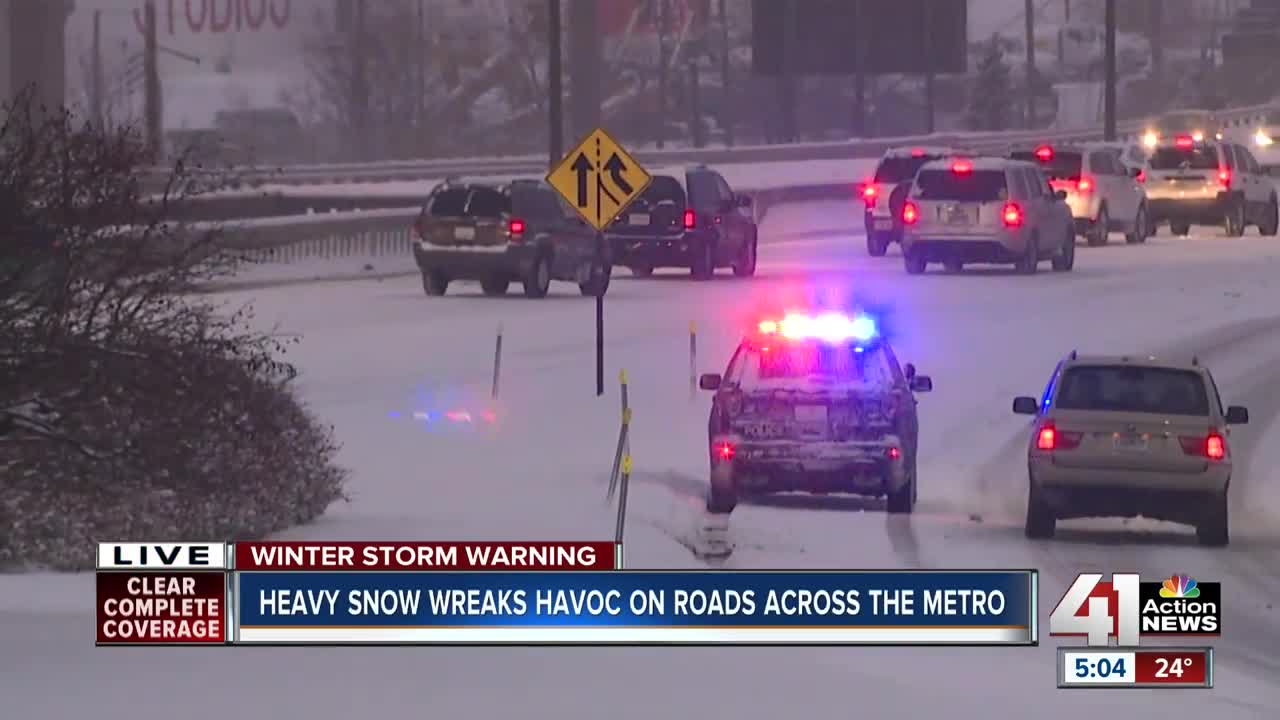 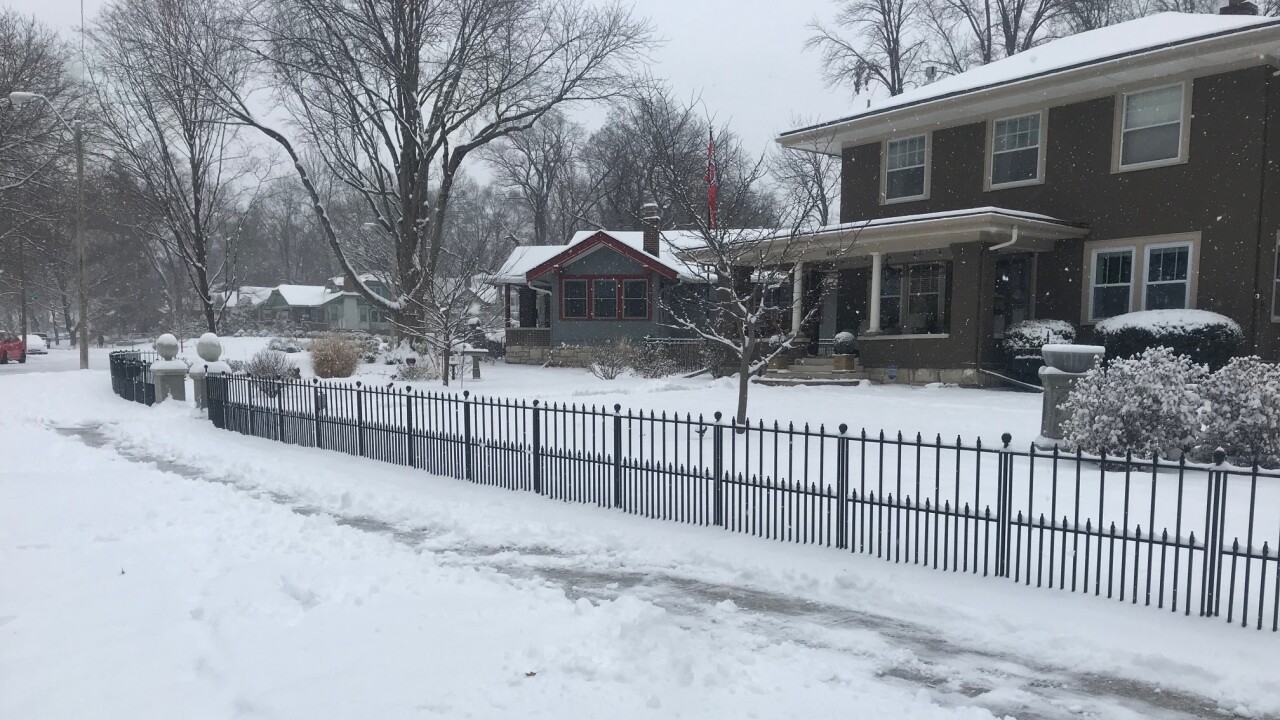 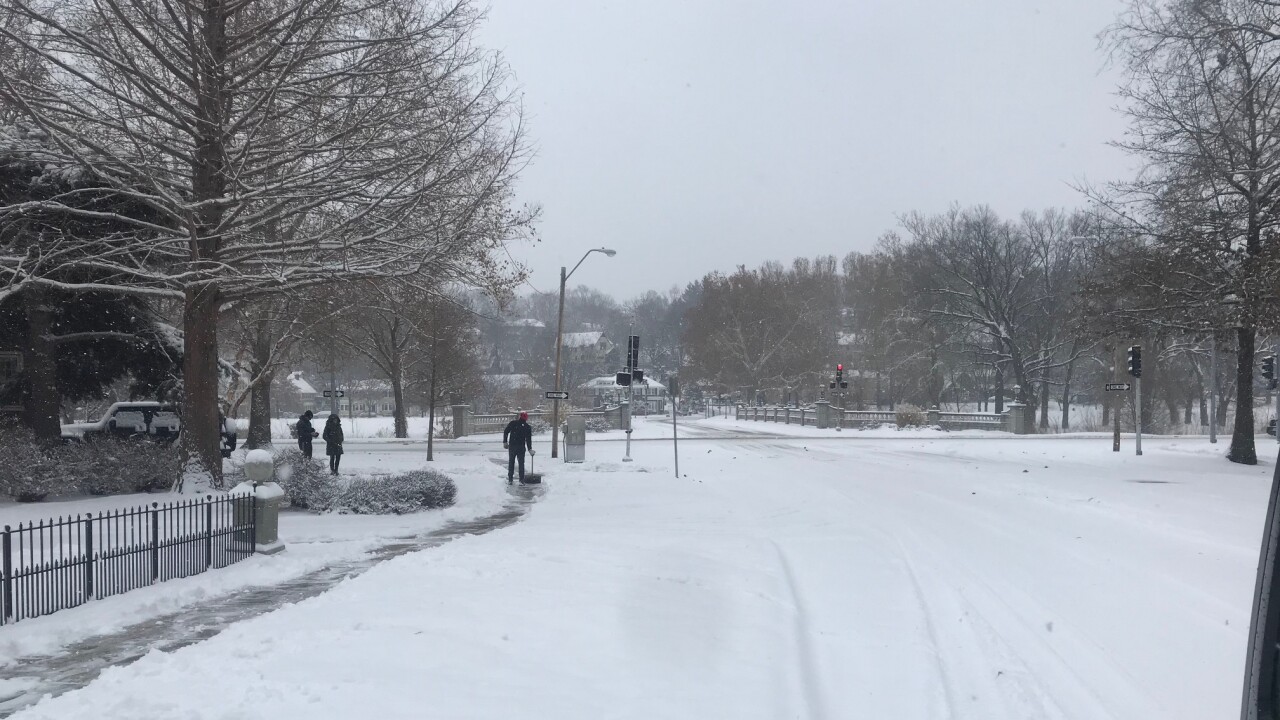 KANSAS CITY, Mo. — Snow blanketed the Kansas City metro on Sunday as thousands of fans packed inside Arrowhead Stadium, while others stayed home or enjoyed the conditions in their neighborhood.

And the snow brought out mixed emotions in the area. Josh LaSalle called it "refreshing."

"Personally, that's how I feel about it,” LaSalle said.

Whereas Will Park-Hurst took the opposite view.

"It's great," runner Tom Borgstadt said, "[It] makes for great running it's nice and soft as long as it doesn't get too deep it works well so it's a great day to be out."

41 Action News saw a stalled vehicle on Cleaver Boulevard as the driver was trying to go up a hill, and another wrecked vehicle not too far from there. Some people hoping to avoid scenes like that instead chose to travel on foot.

"We're not driving in this weather," Sara Babcock said. "Both of our cars aren't good enough to handle it so we're like we might as well walk."

The city of Kansas City said the initial focus was on the main roads in order to get them cleared. Around noon today, they started on the residential streets.

They will work until dark and be back at it again tomorrow morning.