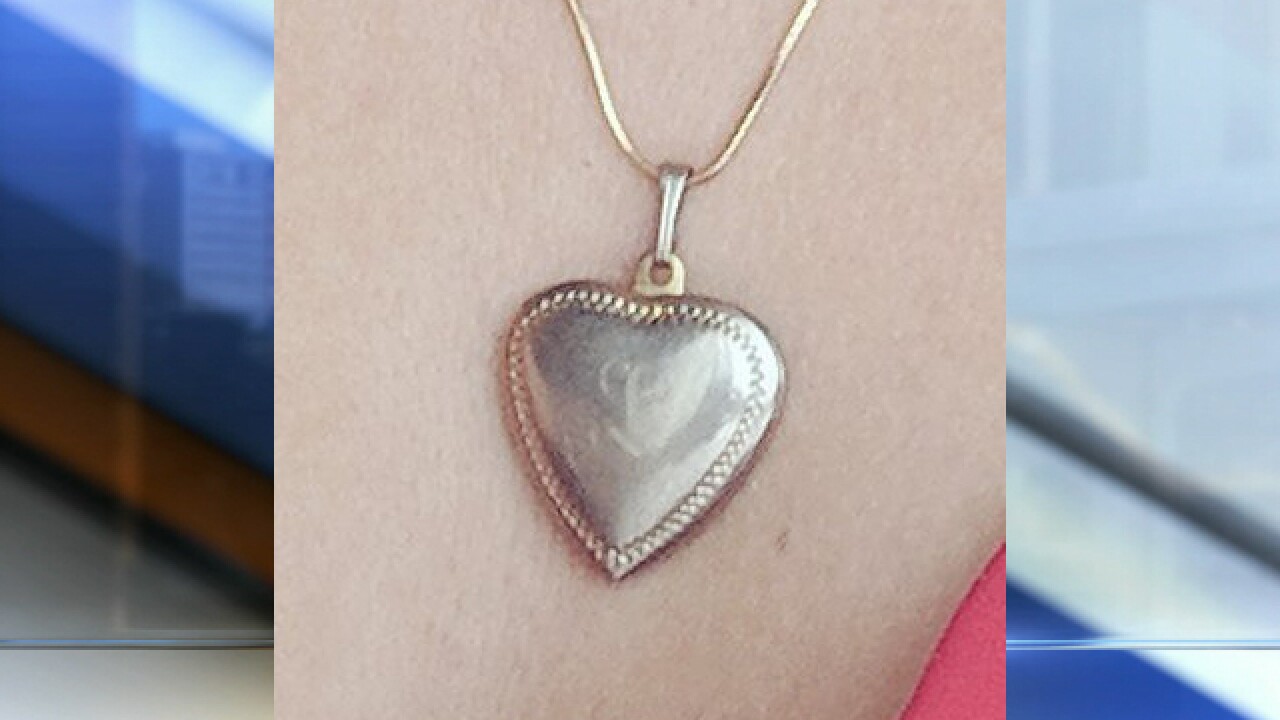 Copyright 2018 Scripps Media, Inc. All rights reserved. This material may not be published, broadcast, rewritten, or redistributed.
<p>A Sporting KC fan is hoping social media can help her find a sentimental locket she lost while attending Saturday’s match against Toronto FC.</p>

The fan, Lena, posted on Twitter early Sunday morning about the disappearance:

Hey @KCCauldron - did anyone in Section M8 find a gold locket after the game? The heart fell off the chain at the match. It has a picture of my father in it, who died in '98. I will gladly pay a reward for its return. It means the world to me... pic.twitter.com/oIVUdHxOzg

She described the locket as about the size of a quarter with an engraved “L” on the front and dots outlining the shape.