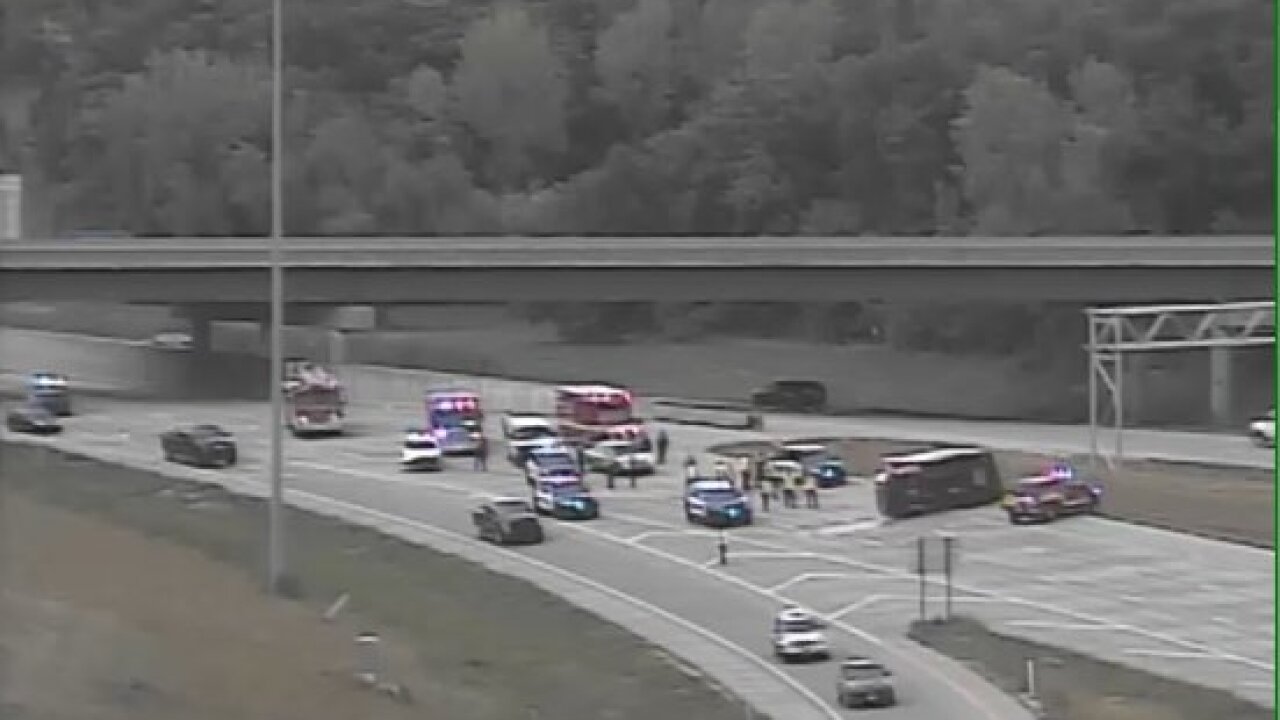 The car thief led police on a chase that ended with the van on its side about 3:30 p.m.in the southbound lanes of I-635 near I-70.

The highway was shut down while crews worked to clean up the accident. All lanes were back open by 5:30 p.m.

The suspect suffered minor injuries from the crash, according to police.

Police said the van was stolen from 43rd Street and Haskell Avenue in Kansas City, KS.