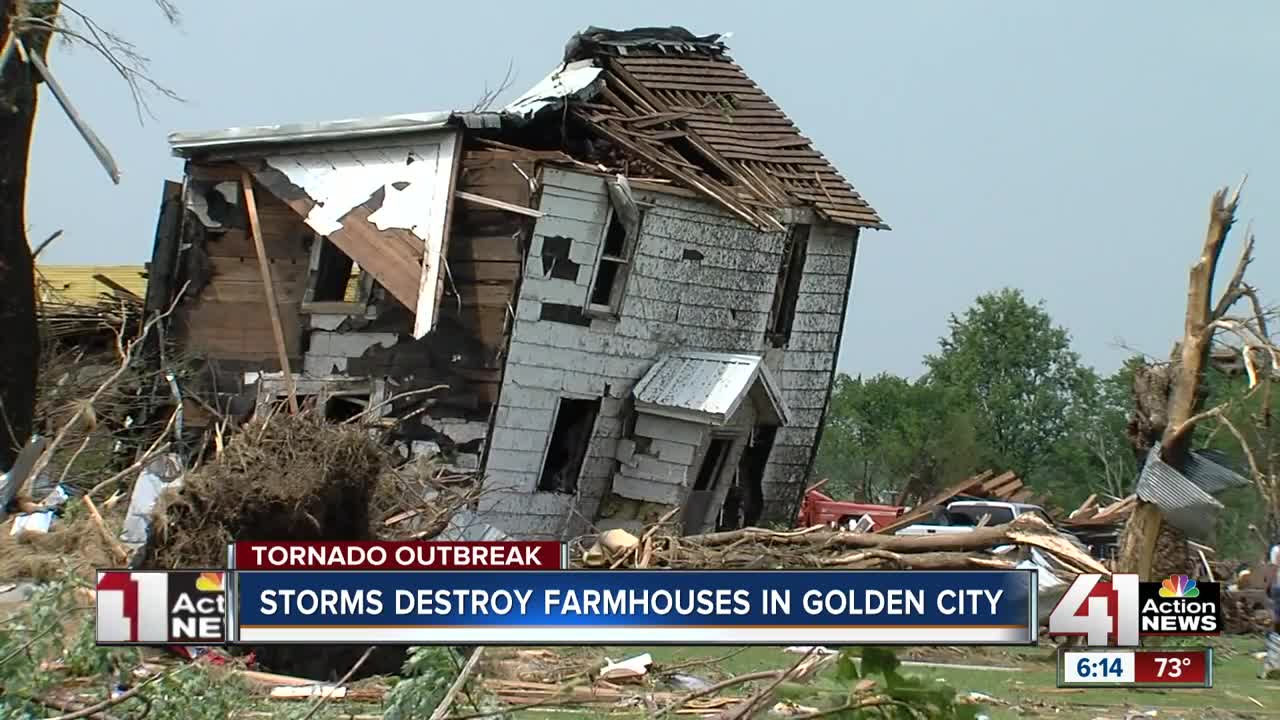 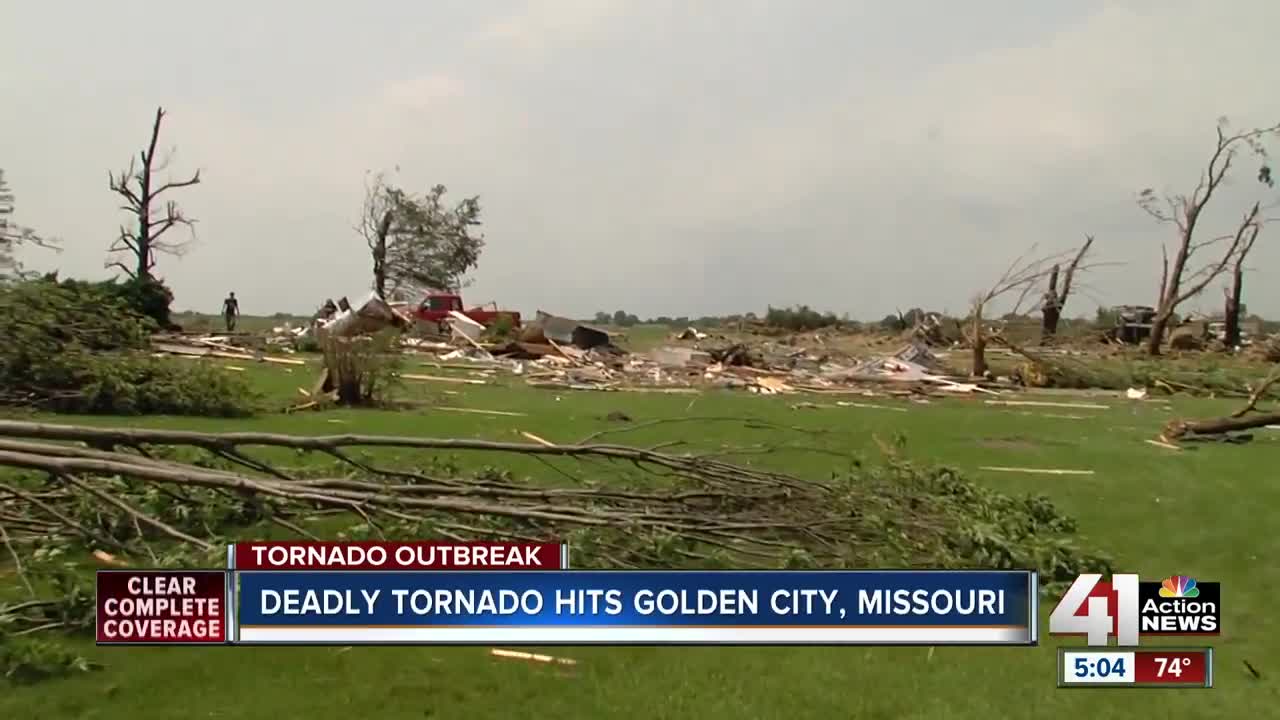 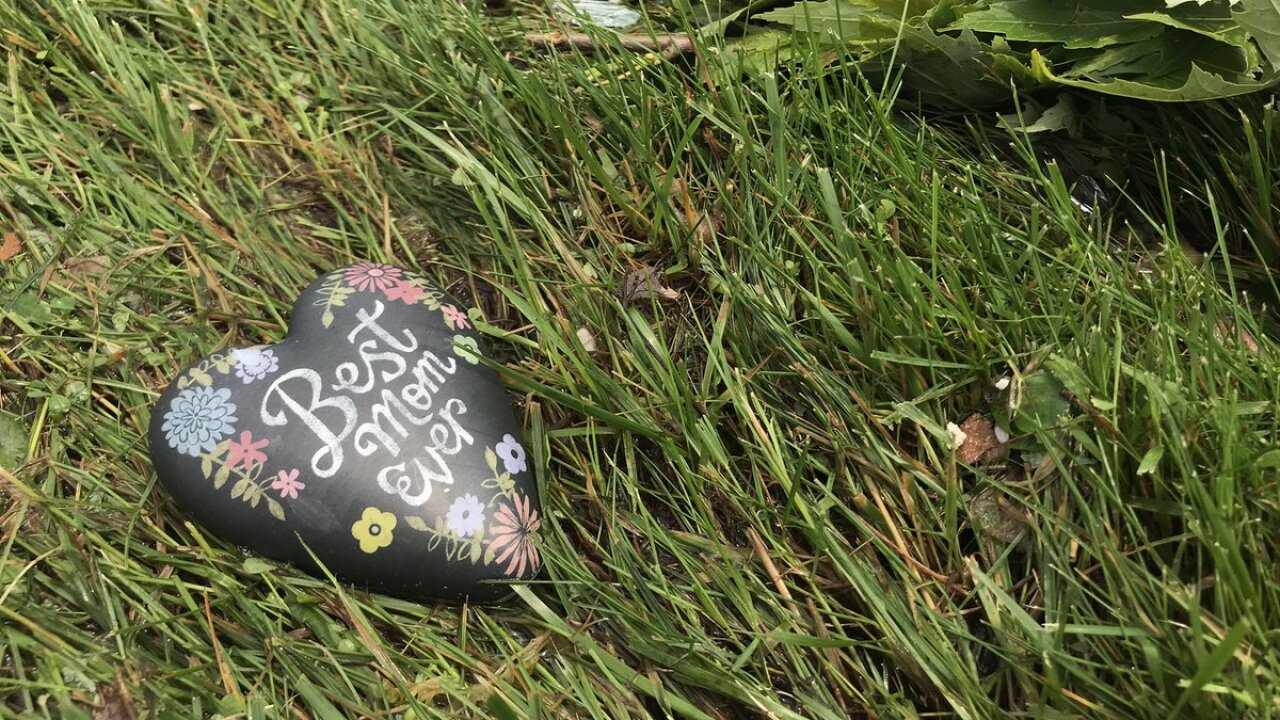 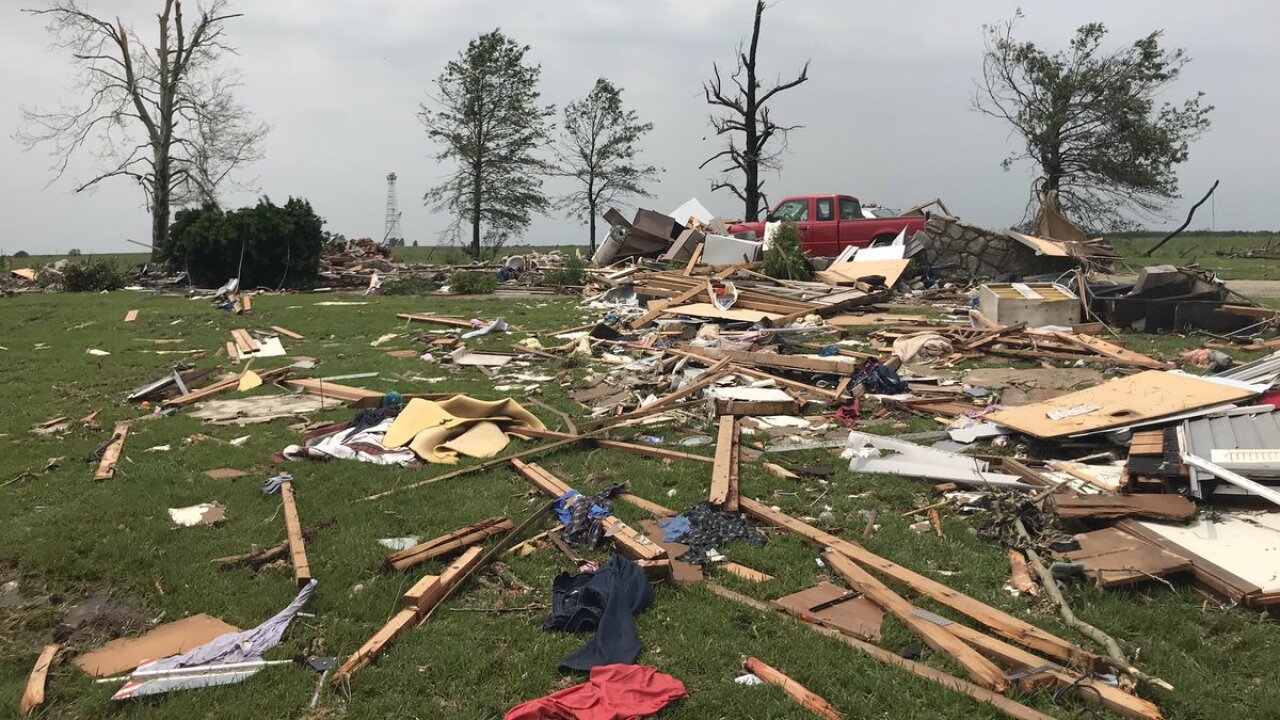 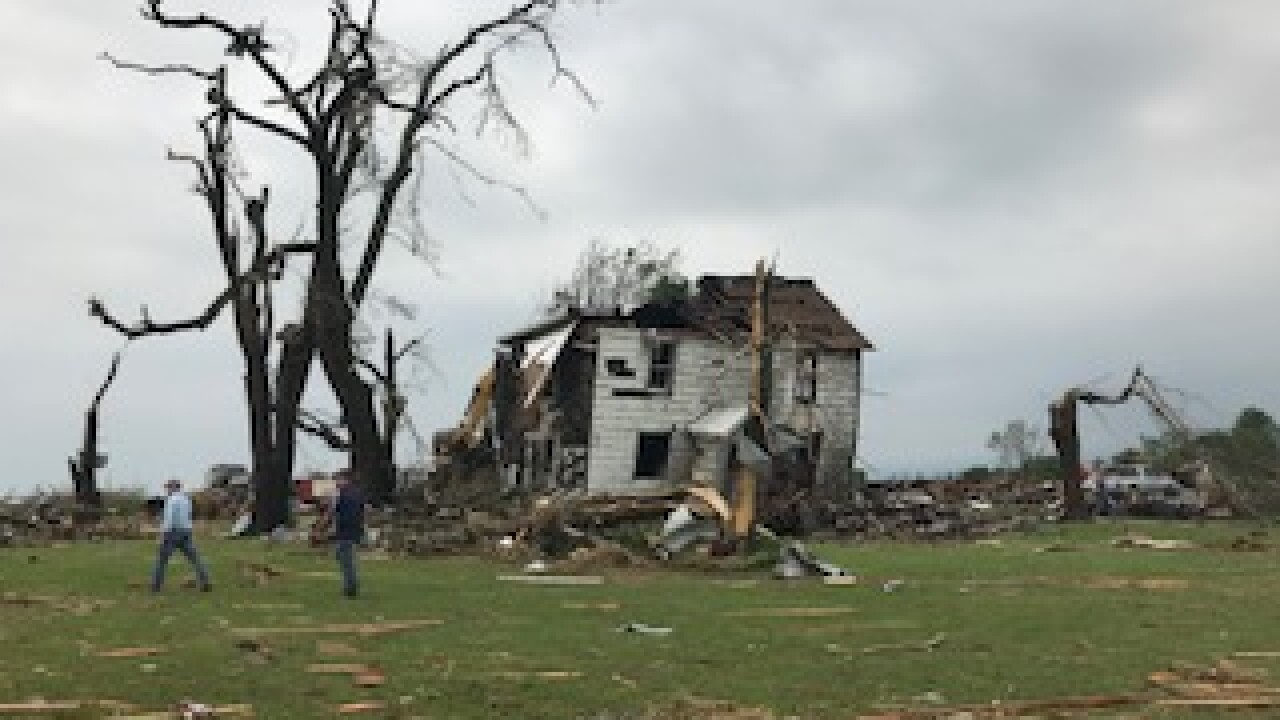 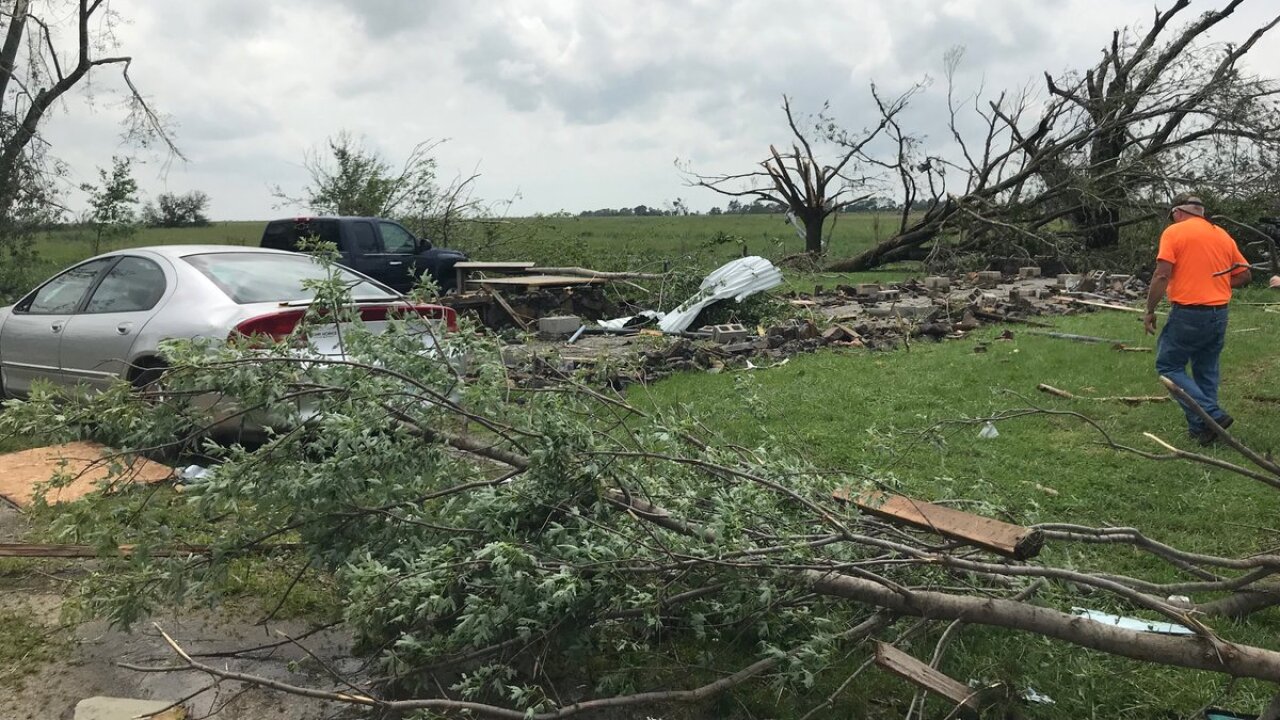 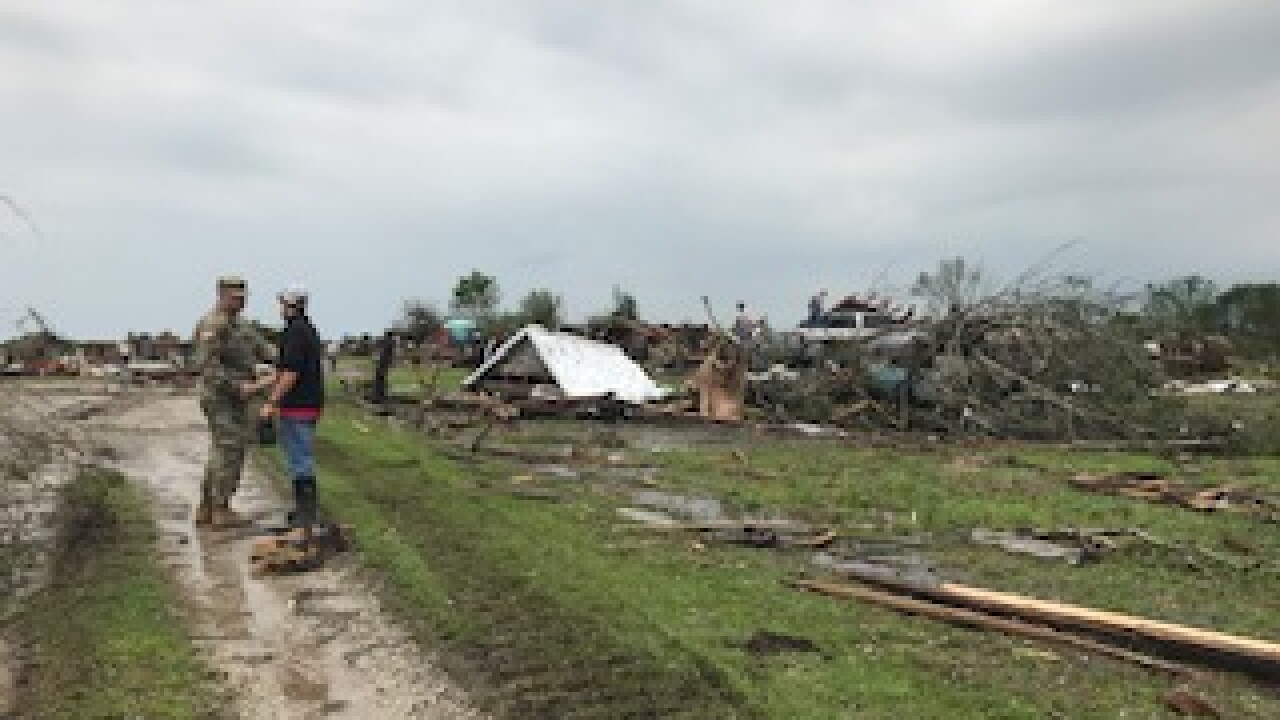 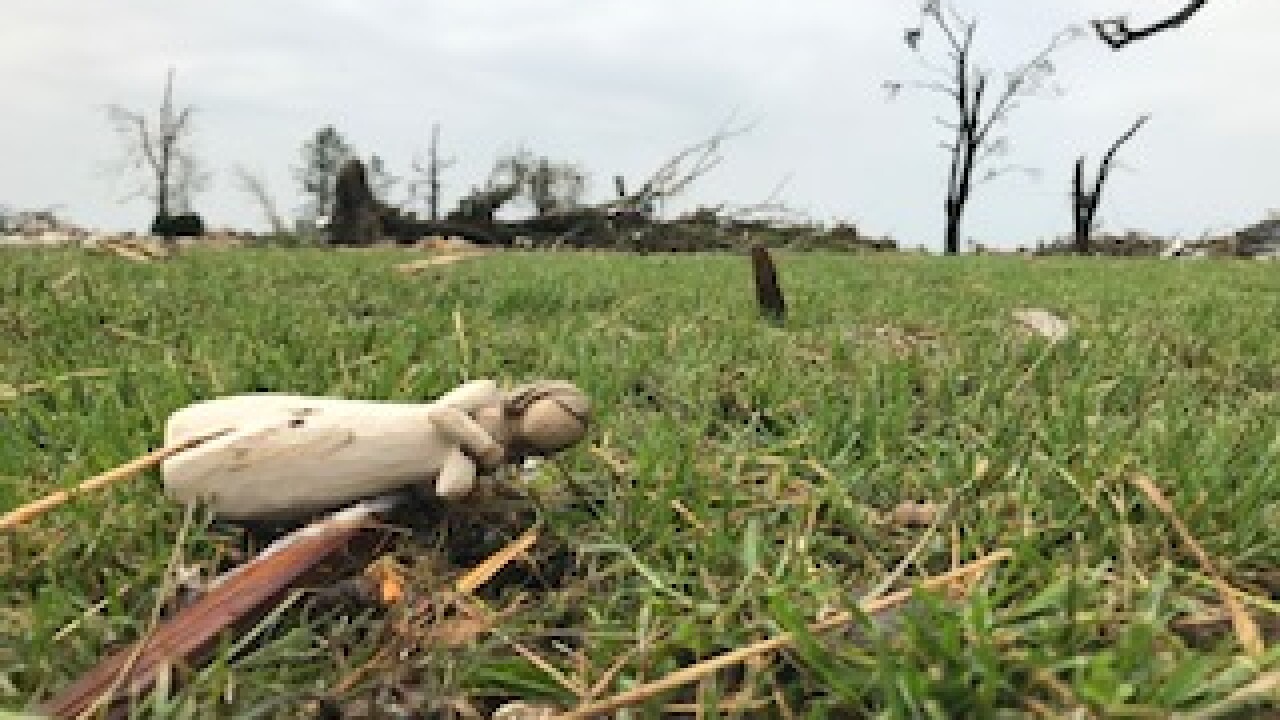 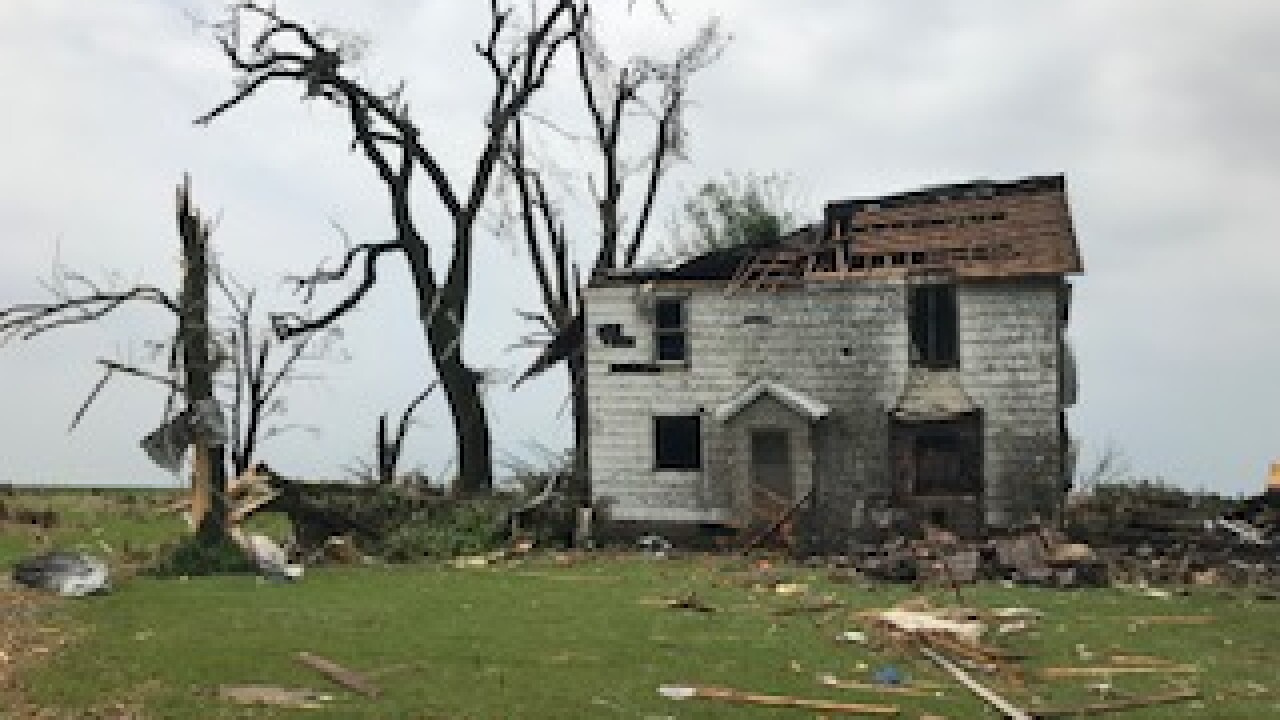 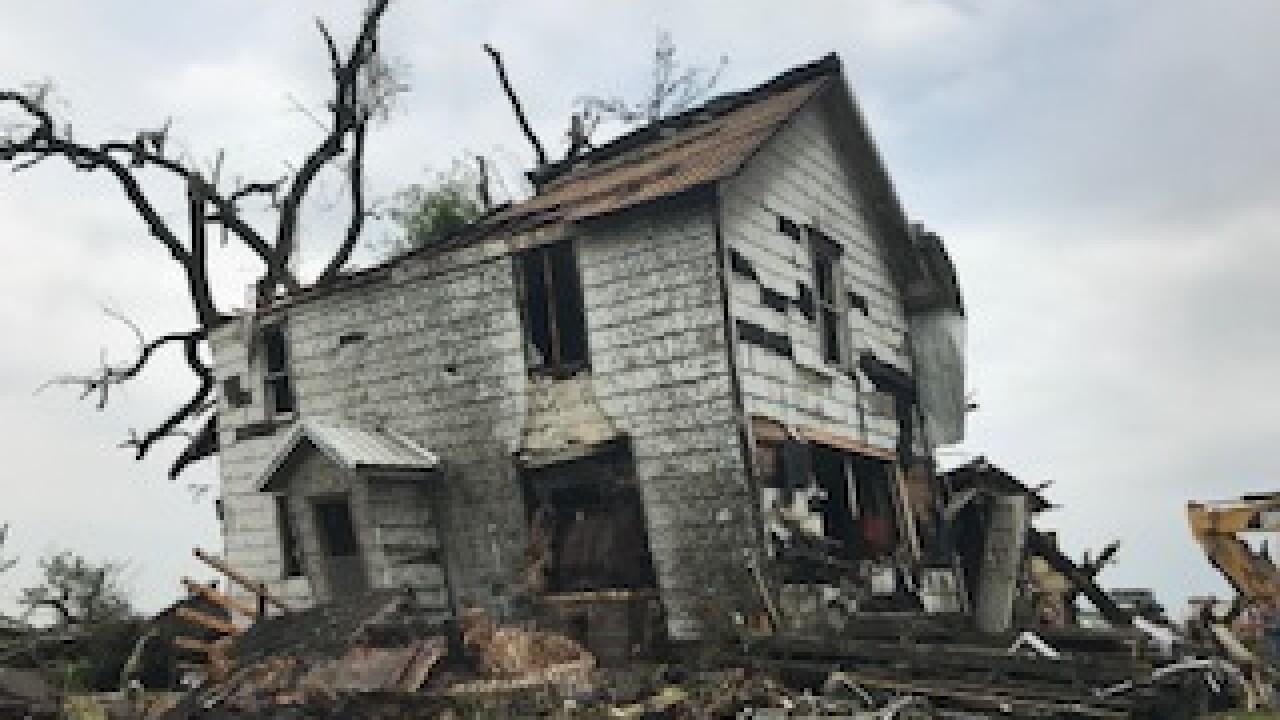 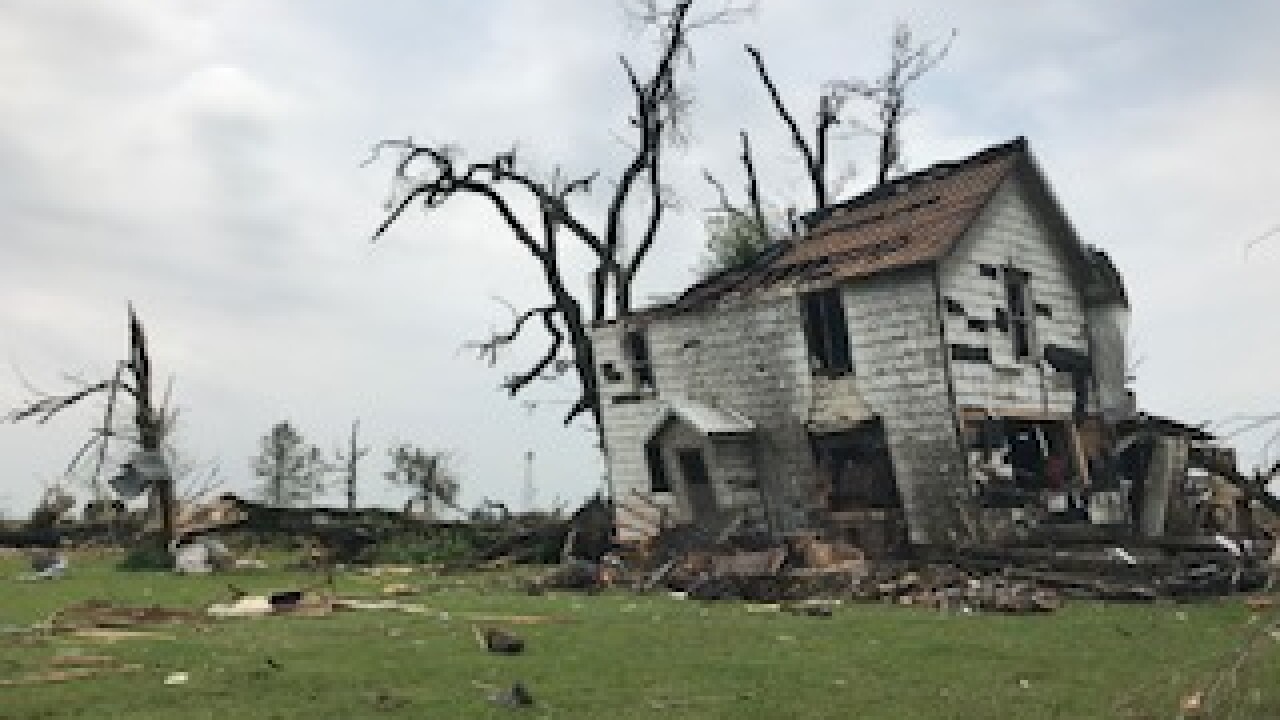 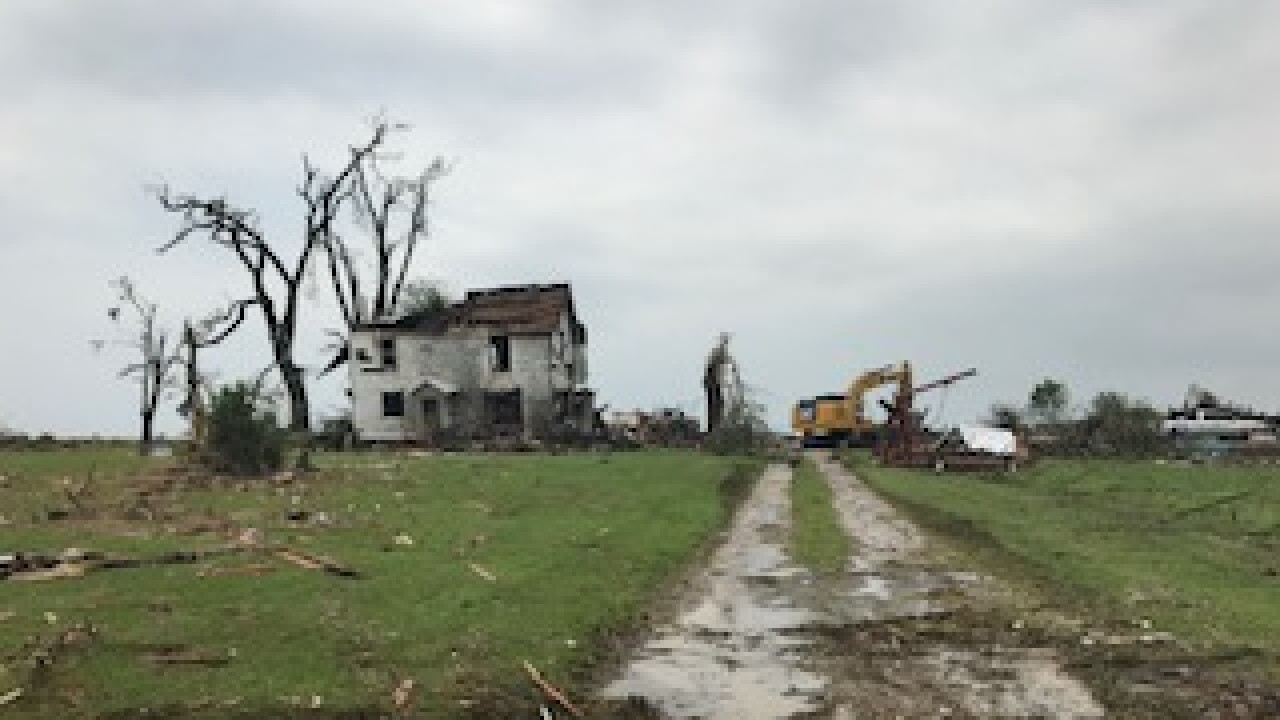 Golden City is located roughly 40 miles northeast of Joplin, where a tornado killed 161 people on May 22, 2011.

41 Action News reporter Sarah Blake went to the Harris farmstead, where Opal and Kenneth "Gene" Harris died in the storm.

The Harrises were fourth generation cattle ranchers and Gene never missed a day of chores despite being 86 years old. He loved golf and he and Opal were devoted to family.

The damage to the rest of the farmstead was extensive.

The Harris family lives here.. Opal & Kenneth’s house was right next to this white one, but’s it’s gone. Caleb Harris’s dad lived in the white house, he survived. family is trying to pick up the mess as much as they can. @41actionnews pic.twitter.com/CAmeWETeMH

Rodney Harris' house next door also was severely damaged by the storm.

The family was trying to salvage as much as possible without risking their safety.

Family trying to get whatever they can out of Rodney Harris’ house. Food still in his fridge but the whole house was shifted. ⁦@41actionnews⁩ pic.twitter.com/T9XGtksVd7

Betty and Mark Berg had lived in the same mobile home for 13 years and were "good people," according to their landlord.

Their residence was destroyed by Wednesday night's storm, which killed Betty and left Mark hospitalized in serious condition.

This is where Betty and Mark Berg lived. Their mobile home is gone. Betty didn’t make it, Mark is in bad shape at the hospital. We talked to their landlord who says they’re good people, rented from him for 13 yrs. ⁦@41actionnews⁩ pic.twitter.com/BbKXVRqBcb