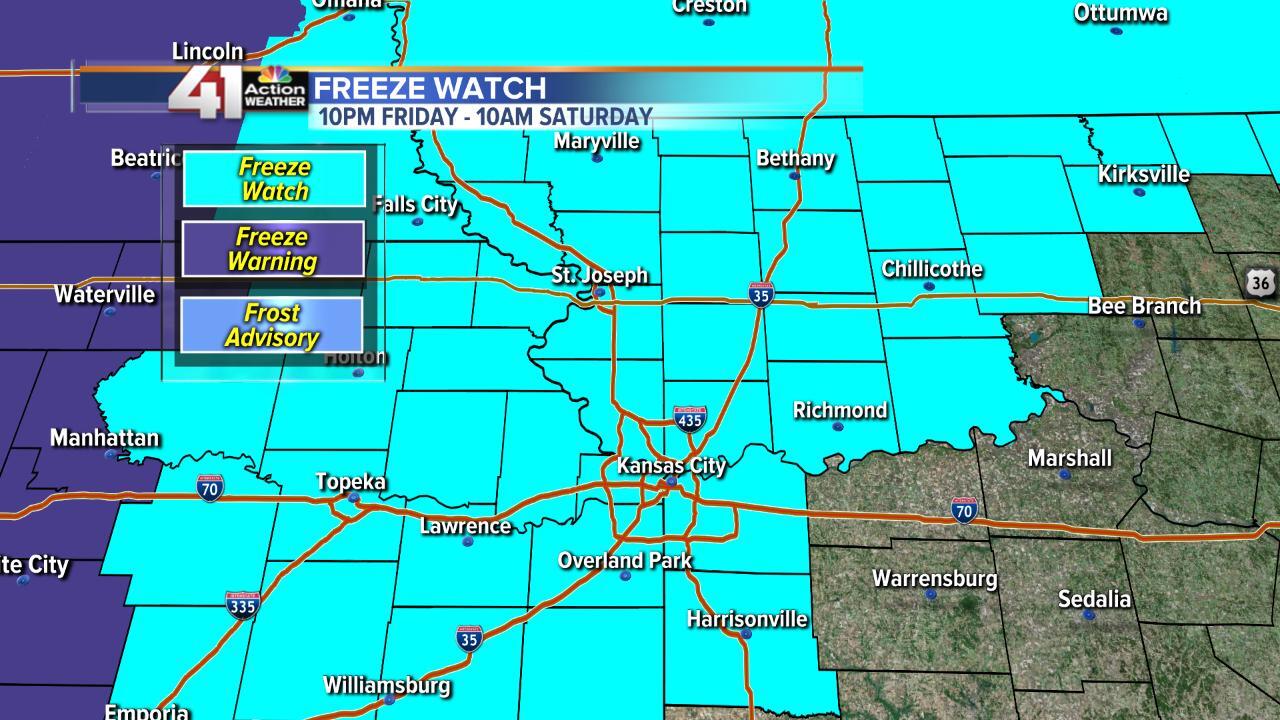 The Kansas City metro will be under a freeze watch from 10 p.m. Friday to 10 a.m. Saturday.

KANSAS CITY, Mo. — Temperatures in Kansas City are expected to plummet by as much as 20 degrees in just a few hours late Thursday afternoon.

LIVE: Watch from our studios as the temps plummet

A strong cold front will move into the metro between 4 p.m. and 6 p.m. Thursday, dropping temperatures from the low 70s to the 50s. Storms also will arrive along the front, and some could be strong to severe, according to 41 Action News meteorologists.

The threat of severe weather had decreased by late Thursday morning, with the slight risk shifting south of Kansas City. Isolated strong storms could not be ruled out in the afternoon.

Temperatures will continue to plummet into Friday morning, with gusty winds dropping wind chill values into the 30s. Highs on Friday are only expected to reach the upper 40s.

The first freeze watch of the season will be in effect from Friday evening through Saturday morning. Temperatures as low as 30 degrees are possible.

Grab the rain gear this morning! Thunderstorms are likely with more activity arriving in the middle of your commute. We may get lucky with a break in the rain around lunch before more storms, some strong to severe, fire up along a front between 3pm-7pm. pic.twitter.com/uunlG8W42z

Morning low temperatures will remain in the 30s through Monday before warming up again early next week.

Ahead of the freeze watch, the National Weather Service warned that people should take steps to protect plants, water pipes and in-ground sprinkler systems.

For the latest radar and up-to-date forecast information, follow the 41 Action News meteorologists.