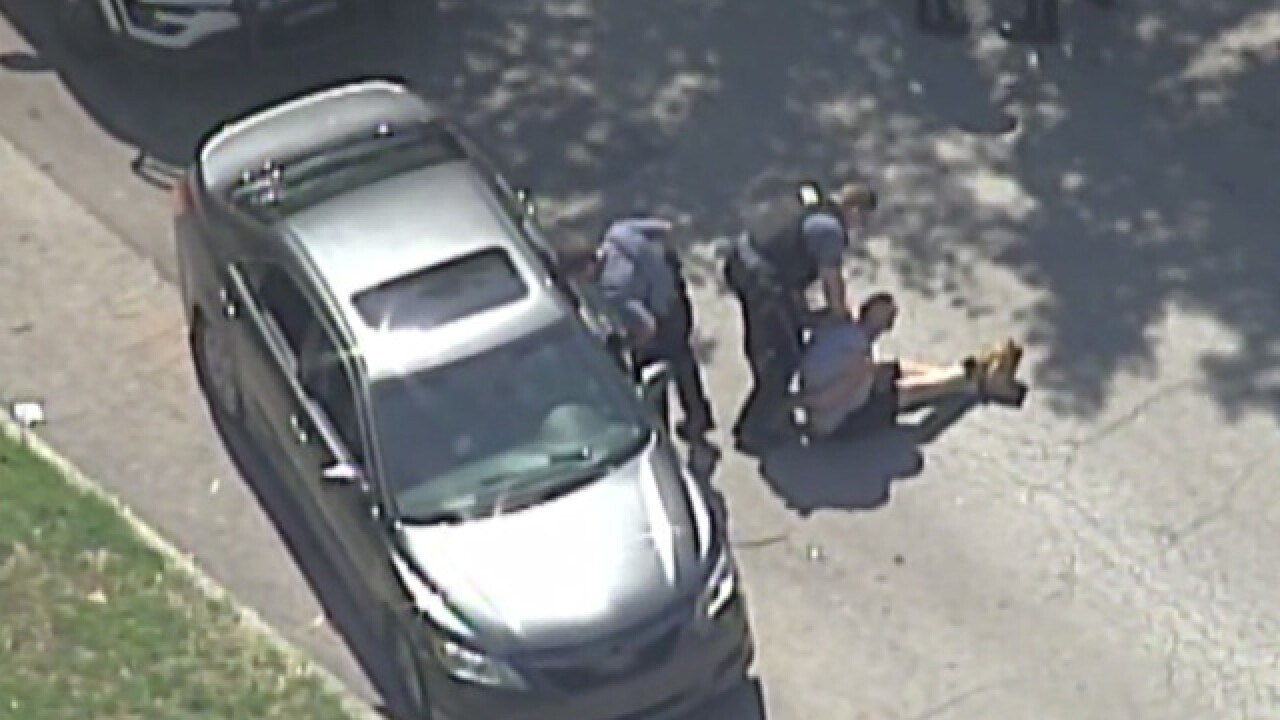 KANSAS CITY, Mo. — A suspect is in custody after leading police on a chase across the state line.

The chase began in Kansas City, Missouri around 10:40 a.m. Thursday, near Southwest Trafficway and I-35.

KCPD said officers saw a vehicle taken in a carjacking at Westport and Broadway and pursued it when the suspect refused to stop.

Police caught up to and captured the suspect about 40 minutes later in Kansas City, Kansas, in the 900 block of Orville.