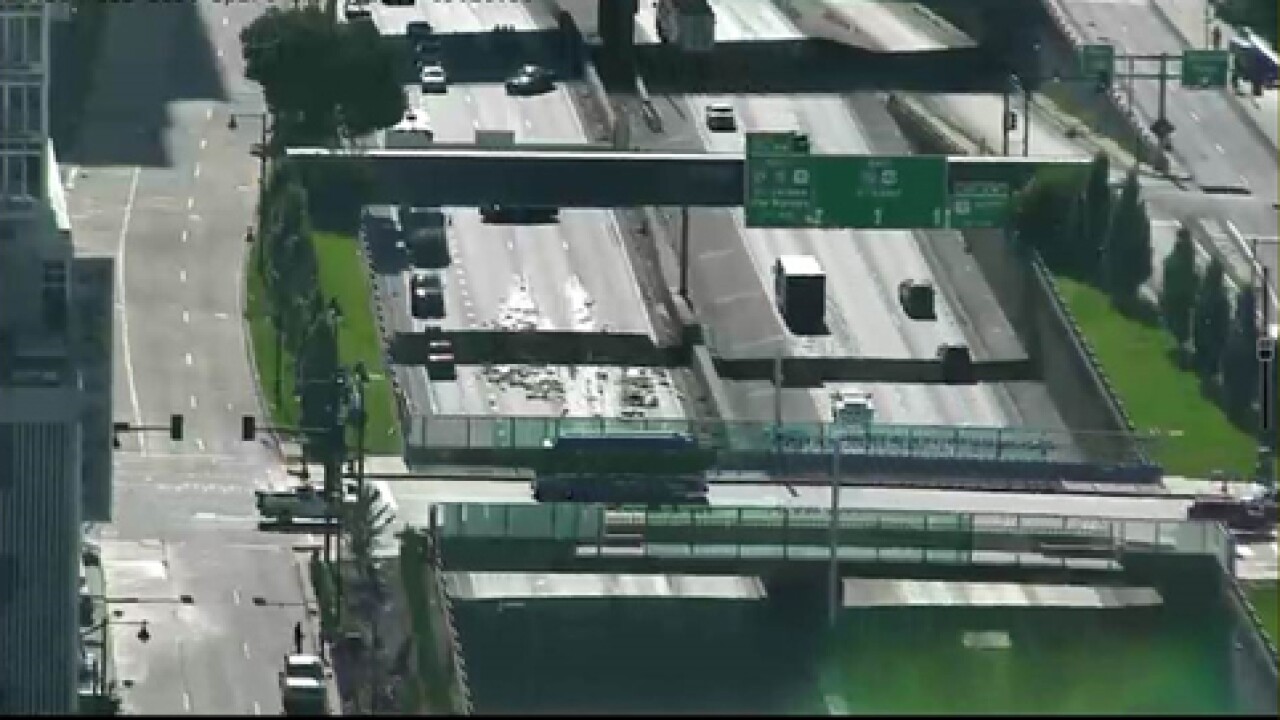 Photo provided by MoDOT
A portion of Interstate 670 near downtown Kansas City, Missouri, shut down Thursday morning after a semi trailer lost its load of pig intestines. 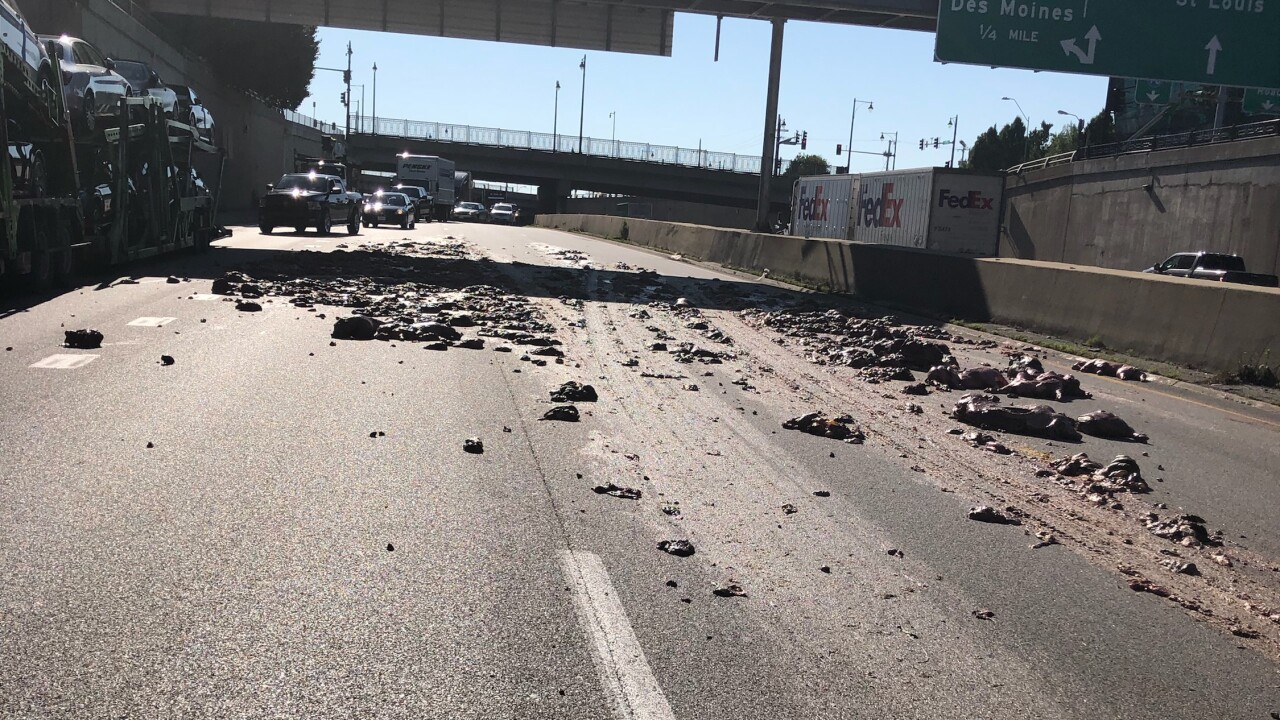 KANSAS CITY, Mo. — A portion of Interstate 670 near downtown Kansas City, Missouri, shut down for several hours Thursday after a semi trailer lost its load… of pig intestines.

Kansas City police said the incident happened around 9 a.m. on westbound I-670 near Oak Street. At least three lanes of the interstate were closed past U.S. 71 due to the incident, the Missouri Department of Transportation said.

All lanes reopened shortly after 1 p.m.

MoDOT said crews used emergency response vehicles with a snow plow blade to clear the product from the roadway.

No injuries were reported, police said, adding the pigs were already deceased.

Update: Crews estimate it could be NOON before all lanes are back open. Please find an alternate snout. Sorry, alternate route. pic.twitter.com/O57cxFUlKV