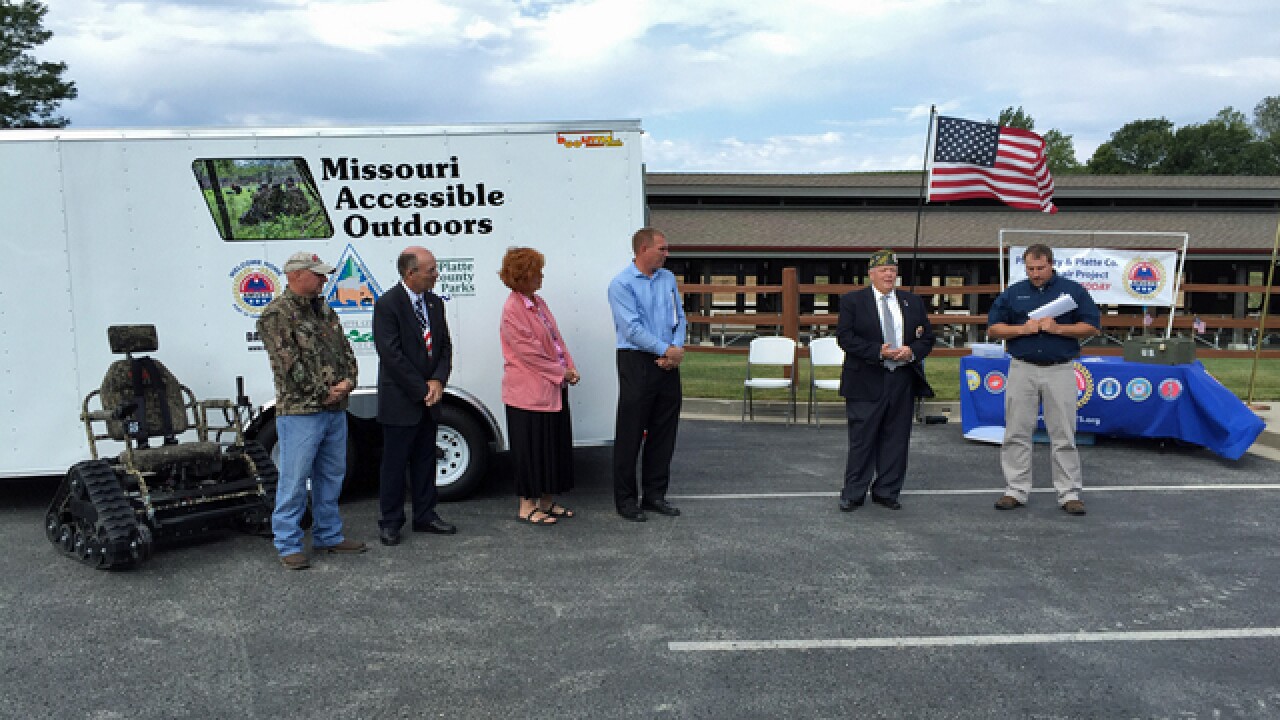 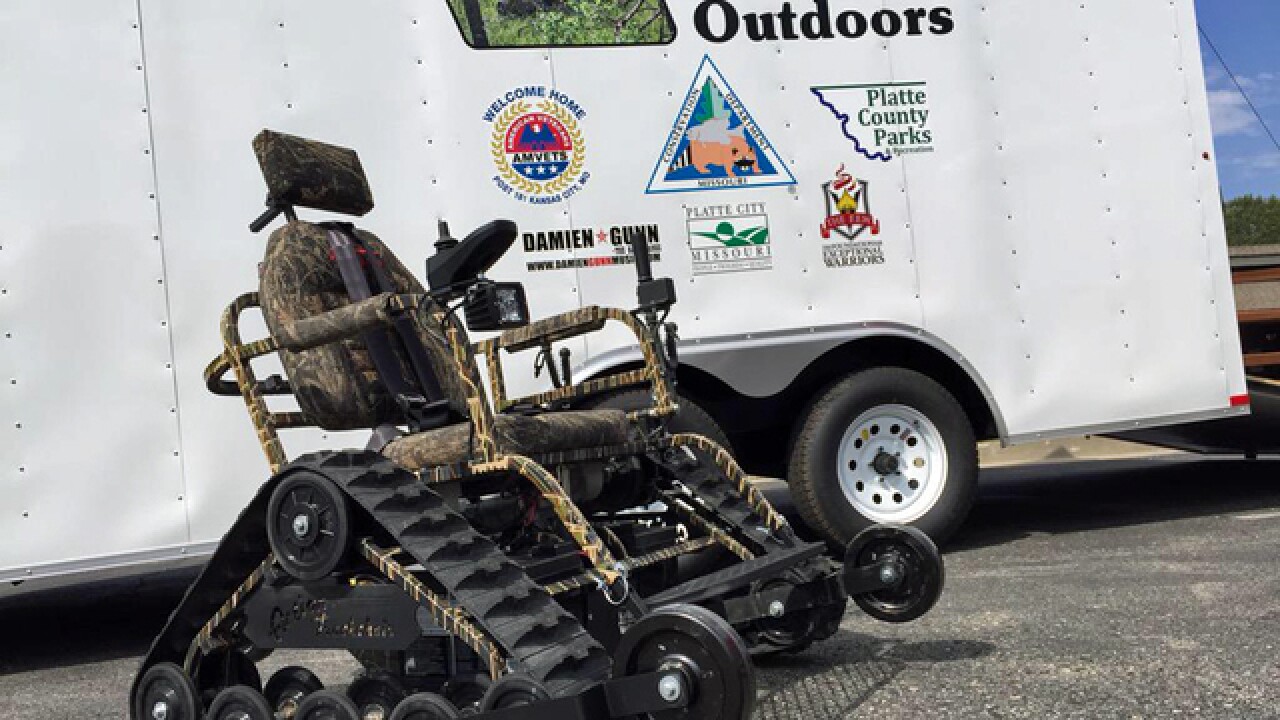 The Missouri Department of Conservation has received its 11th "track-chair" in the state, and it’s the first for the metro Kansas City.

The roughly $14,000 chair is available for public use for free. Anyone who wants to use the chair needs to head to the MDC's website and request it. The MDC suggests giving the department 30 days’ notice if you want to request the chair.

The track chair will be housed at the Parma Woods Shooting Range. When someone requests it, a trained "guide" from the MDC will accompany the adventure.

The push to bring the chair to the metro was sparked after a Parkville barber saw one.  There are four in St. Louis, four in Springfield and two in the Jefferson City region.

The barber then went to work convincing AMVET Post 181 Commander Spencer Hardin to fundraise for the chair.

"It looked to me like, with everything considered, that there was a big need among the veterans. Because a lot of the veterans were hunters and fishermen before they went into the military and when they were injured,” said Hardin. “Some are now paraplegics, quadriplegics, but now they can get back out and do what they love to do and that's hunt and fish.”

Hardin said he hopes this will help get wounded veterans and others living with mobility challenges out of the house and on a path away from depression.

"It lets them know that they can still accomplish things, change their whole attitude," said Hardin.

Brian Abel can be reached at brian.abel@kshb.com .