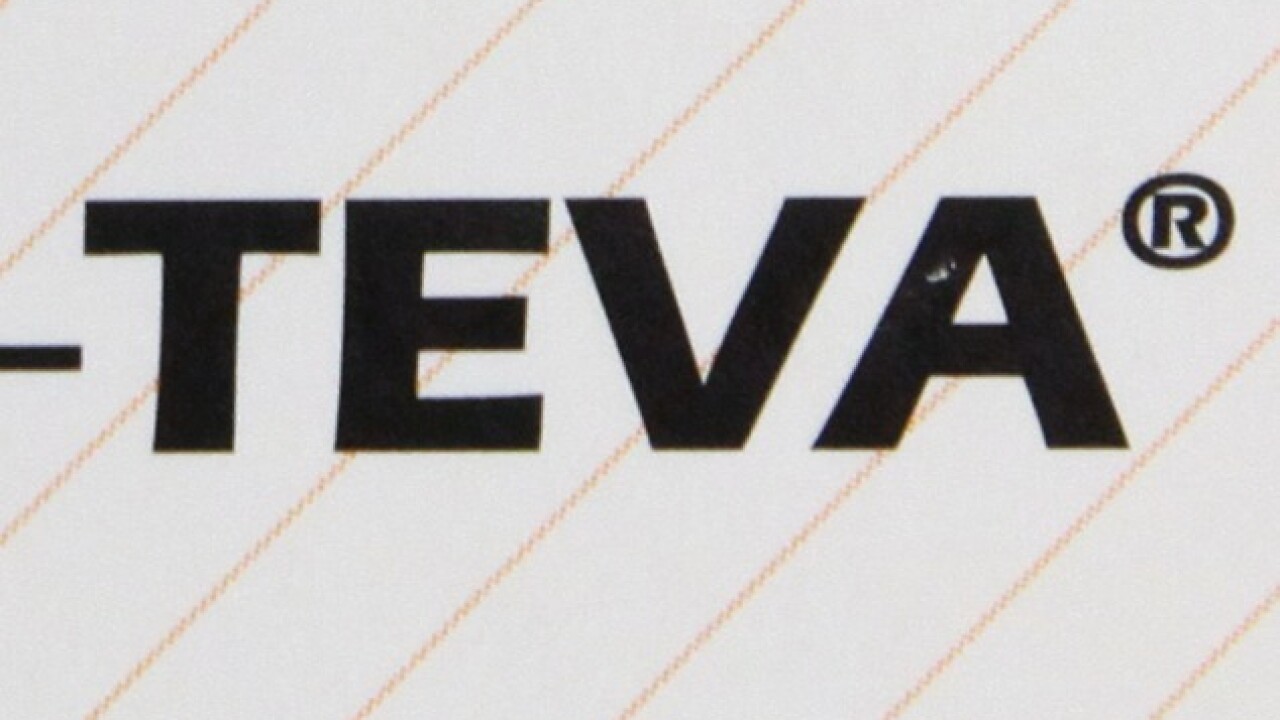 JERUSALEM (AP) — Teva Pharmaceutical Industries Ltd., the world’s largest generic drugmaker, on Thursday said it would lay off over a quarter of its workforce as part of a global restructuring meant to salvage its ailing business.

The company said 14,000 workers would be let go. The cuts will be scattered across Teva’s global operations and will occur over the next two years, with most expected in 2018.

In 2013, TEVA received more than $53 million in tax abatements from Overland Park and the state of Kansas to build a multi-story building at College Boulevard and Nall. It’s unclear how many – if any – of the layoffs might occur at the Overland Park location. The company has not notified the state of Kansas of any major local layoffs, but the release by the company seems to indicate that everything is on the table.

Teva's announcement marked a stunning setback for a company seen as a national source of pride in Israel. With roots going back more than a century, Teva has grown into a major global player over the past 40 years with a series of acquisitions, and by developing original drugs and leading the move toward cost-saving generic medications.

Its most famous product is Copaxone, a treatment for multiple sclerosis, and it recently became one of two companies offering a generic version of the blockbuster drug Viagra.

In a letter to employees, Chief Executive Kare Schultz, who only joined Teva in September, said the restructuring is “crucial to restoring our financial security and stabilizing our business.”

“We have no time to waste,” he said. “We are flattening our organization both top down and sideways, with fewer layers of management and increased accountability. This will ensure better integration, improve productivity and efficiencies, and reduce our cost base.”

Teva’s bottom line has been hit by the expiration of patents on Copaxone, pricing pressure on its core generics business and a $35 billion debt load taken on in its acquisition of the generics business of Allergan. It also has suffered from turnover and instability in senior management ranks.

Teva’s U.S.-traded stock has skidded nearly 60 percent this year. But after the announcement, its shares were sharply higher Thursday, up 14 percent at $17.98 after trading opened on Wall Street.

Schultz said the restructuring would include changes in the generics portfolio, both through price adjustments and product discontinuation. He said a “significant number” of research and development and manufacturing facilities would be closed or divested, and there will be a “thorough review” to prioritize core projects, cancel others and maintain a pipeline of new products.

The company canceled its dividend for shareholders and said annual bonuses for 2017 also will not be paid.

Schultz’s letter said the layoffs would affect all businesses and regions.

There were no details on how its Israeli operations would be affected, but Globes, a leading Israeli business website, said 1,700 people, or about a quarter of the local work force, would be let go. Affected employees are expected to be notified within 90 days.

“Making workforce reductions of this magnitude is difficult, and we do not take them lightly,” Schultz said. “However, there is no alternative to these drastic steps in the current situation.”

In a conference call with analysts, Schultz said two priorities would be Austedo, a newly launched drug that treats Huntington’s Disease, and the planned launch of fremanezumab, a treatment for migraines that is currently in Teva’s pipeline.

He predicted a bright future, saying it would take about two years to get costs under control and to adjust to the loss of Copaxone sales, and several years more to regenerate growth from new drugs and a focus on profitable generics.

The restructuring will include a one-time charge of $700 million, but Teva expects to cut costs by $3 billion by the end of 2019.

Credit Suisse analyst Dr. Vamil Divan said in a research note that investors would be encouraged by cuts that were “larger and more rapid than what had been anticipated.” He praised the company’s decision to focus on its two new drugs, and also said that spreading the restructuring across the company could make it easier to execute.

He noted, however, that “there are a lot of details yet to be revealed for how they will execute this plan.” He said labor strife and political opposition in Israel presented possible roadblocks ahead.

Schultz said the company will be “respectful and transparent” and work closely with employee representatives and unions. Israeli representatives have already threatened to strike.

Israeli Prime Minister Benjamin Netanyahu’s office said that he called Schultz ahead of the announcement to express his concerns.

It said he asked Schultz to do his utmost to protect Israeli jobs, especially in poorer outlying areas, and to maintain the company’s Israeli identity. Teva has roughly 7,000 Israeli employees, making it one of the country’s largest private sector employers. A union strike is expected Sunday to protest the layoffs.

Workers at a Teva factory in Kiryat Shmona, a town near Israel’s northern border with Lebanon, staged a demonstration after Thursday’s announcement and called on the company not to close the plant.

“The feeling is tough, we are waiting for answers, we are fighting, we are not intending to go in and work and we hope that the answers will come quickly,” said Libby Ben Shitrit, a worker at the factory.

Copyright 2017 Scripps Media, Inc. The Associated Press contributed to this report. All rights reserved. This material may not be published, broadcast, rewritten, or redistributed.