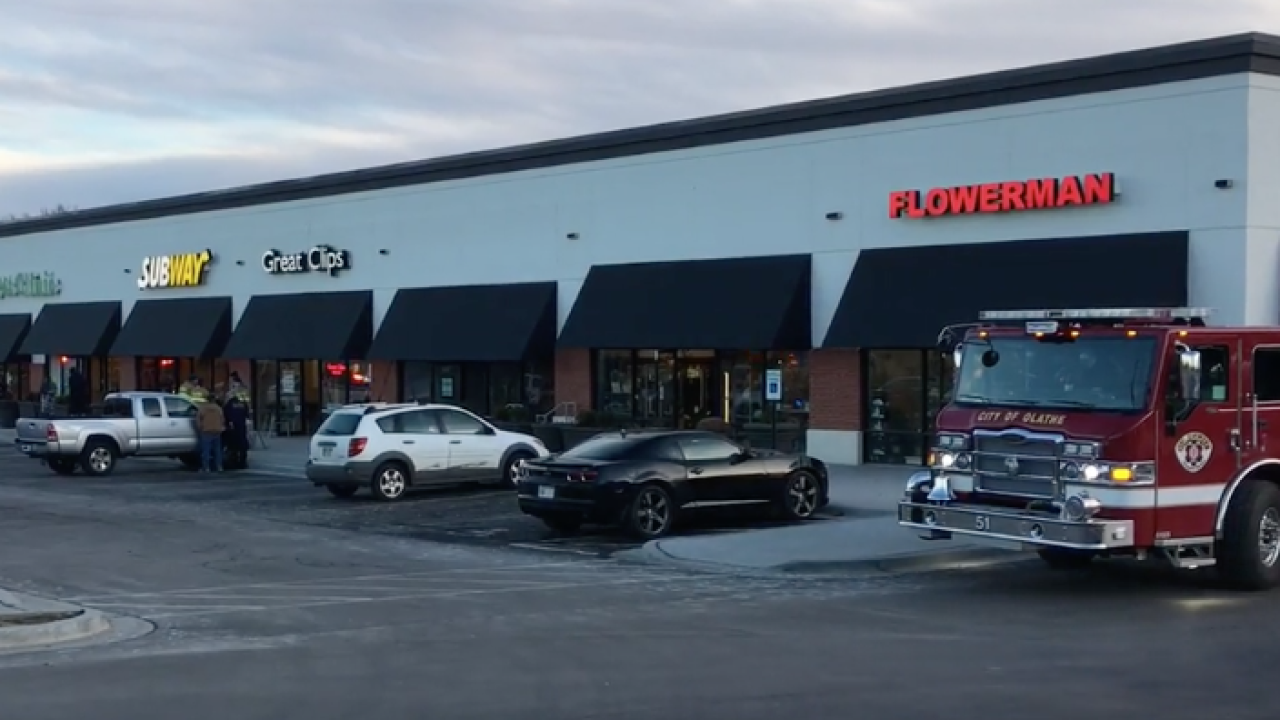 Workers were using the generator about 3:30 p.m. inside an empty business space at the Santa Fe Commons strip center at Santa Fe and Mur-Len Road, according to an Olathe Fire Department spokesman.

The vacant space is between Flower Man and a Great Clips hair salon. Those businesses, along with a pet clinic and a Subway restaurant, were evacuated.

Firefighters used high-volume fans to blow the contaminated air from the businesses.

No animals were affected by the incident, the fire department spokesman said.

The gas, which is odorless and colorless, can be fatal.

On Thursday afternoon, there was no word on whether the workers or their company will face fines for the incident.